And I am an Episcopal Girl 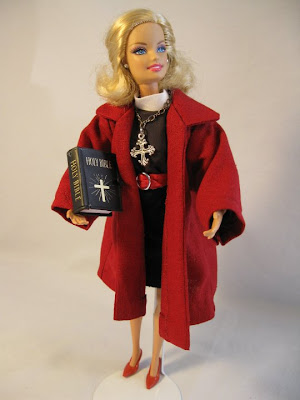 I'm in the midst of getting my head wrapped around leaving EDS to go back home.

It's not the packing. I packed like a monk to come here so that task will really only take me less than an hour. I've already packed away my sweaters and boots, which, even for this time of year can be a bit of a risk in Northern New England.

It's supposed to reach the 80s here today and tomorrow which one might be able to enjoy were it not for the cloudy skies and forecast of "intermittent thunderstorms". As I wrote that, the sun peeked out for a few brief minutes and then was hidden by the clouds again.

This morning's walk around Memorial Drive felt more like a walk in a tepid cup of tea that had been sitting forgotten on the counter.

So, between the weather and thinking about leaving this place and 'most this amazing time' of my life, my thoughts are wandering back and forth, here and there, anywhere but on the actual leave-taking.

I find that I am a mixture of sad and grateful. Yes, I'm sad this time has come to an end, but I knew that it would come to an eventual end when I arrived. It wouldn't be so special if it had gone on forever.

It's too early to make a list of them all, but I want to lift up one thing that has become crystal clear for me.

I am an Episcopalian.

Yes, I do appreciate and, in fact, cherish the fact that The Episcopal Church is part of the World Wide Anglican Communion. Our great diversity is something very dear to me, and I wouldn't change that for the world - or the Anglican Covenant.

Having said that, I am clearer than I have been in a long time that I love The Episcopal Church. Indeed, I would dare to be so immodest to say that I think we embody the best of the Spirit of Anglicanism.

We are the messiest of the messiness of Anglicanism. Yes, we have order and discipline, but we are democratic in the best sense of a philosophy that believes we are not perfect.

Our goal, rather, is to be like our government - A "more perfect union".

That means that we allow all sort and manner of different views and perspectives because we know that we are perfected in the crucible of differences.

"We meet" - as Bishop Tutu once said when asked to describe the Anglican Communion. And then, in The Episcopal Church, we vote. We elect our leaders. They are not appointed by those already in power. We disagree adamantly and we passionately agree to disagree as we move forward in faith.

Together. Some of us grinching and grumbling. Others of us educating and organizing and yes, lobbying our positions.

That's the thing about The Episcopal Church. We not only understand and use politics and the political process, we're not afraid of it. Indeed, we embrace it as one of the ways the Holy Spirit works.

We are, for the most part, quite convinced that the Holy Spirit moves through the legislative process - complete with various legislative committees, continuing commissions, resolutions, hearings, and, yes, voting, politicking and lobbying.

It can be tedious and frustrating, but when one looks at it as a whole, it's really quite a marvelous sight. How boring would it be in a church where everyone agreed on everything?

I am even more pleased - and yes, proud - to be an Episcopalian, having spent this semester here at The Episcopal Divinity School, which mirrors the Blessed Messiness of The Episcopal Church.

So, as I go about my day, saying my 'faretheewells' and "God-speeds" and "traveling mercies" to my friends here in Cambridge and Boston, I will leave you with this delightful video.

It was taken last year at the Variety Show at the Virginia Theological Seminary. Most seminaries have these sorts of fun events. EDS has something they call "Both/And".  I wasn't able to attend this year, but I understand a few of the new faculty were properly roasted.

This particular video from VTS is not only fairly well done, it is a hoot and a half.

Part of what I love about it is that, despite the controversies and troubles in the church, it displays the marvelous ability to laugh at ourselves.

I think there's something holy about laughter - especially in the face of adversity and in the midst of controversy. A sense of humor is a gift from God. To paraphrase that great line from "The Color Purple", I think it pisses God off when we don't laugh.

Or, as Garrison Keillor once said, "God writes a lot of comedy... the trouble is, he's stuck with so many bad actors who don't know how to play funny."

I think I love that most about The Episcopal Church. We know how to play funny.

Here. Take a look. (Eat your heart out, Madonna!)

Posted by Elizabeth Kaeton at 11:03 AM

Absolutely Fabulous!!!
Thanks, so much for spreading the Good News!

Bravo! and there is a YouTube video of the PB answering the question "Why should I be an Episcopalian" which in 1:56 argues some of what you say, with her style and verve

Love this! Made my day!

Great video! What now for you?