He grew up in Florida and graduated from Nyack College in Nyack, NY with a degree in History and Religion.

He spent a year in San Francisco with the Episcopal Service Corps, living in intentional community and working with Episcopal Senior Communities.

Chris lives in New York City with his partner, Andrew. 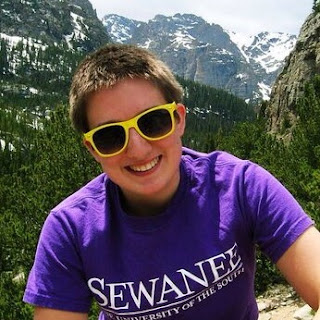 is 24 years old and from Minneapolis.

She has attended the Episcopal Youth Event as an adult leader and attended General Convention 2012 as a part of the Young Adult Initiative through the Episcopal Peace Fellowship.

A member of a Gay-Straight Alliance in High School and PRIDE at St. Catherine’s University, she self-identifies as “a straight ally for as long as I knew what that meant.” 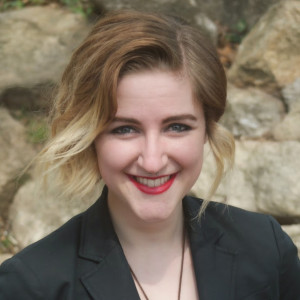 is a 23 year-old postulant in the Diocese of Northern California.

Kacei attended Berkeley, worked in Episcopal Camps for over 6 years as a counselor, and recently received a grant from The National LGBTQ Task force to attend Creating Change Conference where Kacei learned different organizing strategies and different avenues for LGBTQ justice.

Kacei presently works at Yale as a Graduate Professional Programs Coordinator for programs like W(Holy) Queer, an interfaith LGBTQ  group, and Beyond the Binary, a closed group for trans, genderqueer and gender questioning people.

Chris, Meghan and Kacei will work as part of the Integrity Legislative Committee where they will learn the legislative process through which we believe the Holy Spirit moves to renew The Episcopal Church in the continued revelation of God’s word.

Their responsibilities will be to follow pertinent resolutions in committee, to attend committee meetings and hearings, and to participate in late night debriefing sessions with the Integrity legislative team.

They will also attend General Convention House of Deputy sessions and House of Bishop sessions, assist with the Integrity Eucharist, and as time allows help at the Integrity Booth.

The Oasis is pleased to be able to honor the rich legacy of Integrity founder Louie Crew Clay by helping to raise up another generation of LGBT and straight ally leaders who will gain experience in and understanding of the legislative process in The Episcopal Church.

A 2015 Louie Crew Clay Grant has also funded the Rev. Liz Erdman in the production of five short films entitled “Queer Virtue,” which explores themes from the book authored by Rev. Erdman concerning what LGBTQ people know about life and love and how that can revitalize Christianity.

And a 2015 Grant helped to fund one of the Newark ACTS interns as an interim case worker for the LGBT RAIN Foundation Shelter in East Orange, NJ, which provides emergency shelter and related services to LGBTQ young adults experiencing crisis that lead to acute and chronic homelessness.

Posted by Elizabeth Kaeton at 6:33 PM