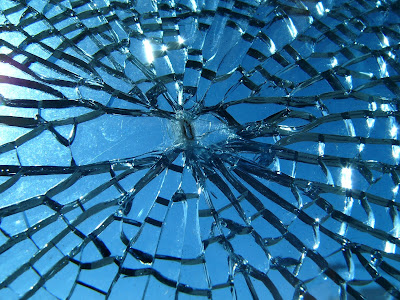 I'm going to go watch videos with puppies and kitties in a minute but I have to say that I just read an article in the NY Times, the headline of which proclaimed that Trump was "ebullient" over the emails being investigated by the FBI.

You know. The ones Comey doesn't know anything about, much less whether they are important or even pertinent. He's not sure HRC wrote them or sent them. Not sure they are classified or not. They could just be duplicates of what has already been deemed insignificant.

I also saw Trump's campaign manager, that ubiquitous, whitest-of-white women, Kellyann Connors, beaming as she pronounced this "a very good week for our campaign."

What kind of people rejoice at the misfortunes - the injustices - done to others?

That's a serious question. I can't get my head wrapped around this.

When the Access Hollywood tapes were released and we got to hear Donald describe himself as a sexual predator, I don't remember HRC or anyone in her campaign gleefully clapping their hands.

And, when yet another woman came forward to testify that she was groped by Donald, just as he had described, I don't remember HRC or anyone from her campaign pronouncing this "a very good week for our campaign."

It is so tempting to turn the tables on Donald and say, "You know, you're right. The system IS 'rigged'," but that would be stooping to his level. It wouldn't be right; neither would it be correct.

The system has lots of stupid people - incompetent people - little people who do not have the courage to be leaders. The "system" is also filled with prejudice and bigotry toward people of color - ALL people of color - and women and LGBT people and people with disabilites.

It needs to be changed. Fixed. But, it is not 'rigged'.

I have this feeling, deep in my gut - it's inexplicable, really, just a feeling - that this is all going to work for HRC.

In a few days, Comey is going to be pressured - by BOTH sides - to say more about those emails.

And, it's going to blow this whole thing up. Donald will have his usual conniption fit, shoot himself in his foot with something that comes out of his mouth and blame everyone else because he's limping.

And, HRC will, as usual, handle herself with grace and style, skill and confidence - even as the GOP continue to metaphorically go through her underwear drawer, contemptuously sniffing around to see what they can find.

That will go on for the next eight years while she is POTUS. It's not been an easy election. It will not be an easy presidency. The "boys" will make absolutely certain of that.

Sometimes, when you break a glass ceiling, you can get cut by falling glass shards. I believe that's what this whole Comey email "scandal" is all about. Glass shards. The ceiling is cracked. It's about to be broken. Things will never again be the same.

Did you really think this would be easy?

Off we go, then, into the last 10 days of this most despicable election season of all election seasons. Just keep repeating Michele's mantra: "When they go low, we go high."

Got it? Good. Now, back to work with the lot of you.

We've got a cracked ceiling to break.

Mind the glass shards. There's bound to be a few more.

But first, just a few minutes to watch videos about puppies and kitties.

Email ThisBlogThis!Share to TwitterShare to FacebookShare to Pinterest
Labels: 11/9/16

The culture is rigged, rigged to favor, humor, mollify and appease the vagaries of the ever so fragile male ego which, without endless support, tends to freak out and respond to all threats to its privilege with threats if not actual violence. Tell the truth: the whole damn thing is about preventing the generally larger, generally more prone to violence half of the population from beating the stuffing out of the other half of the population in some fit of fight or flight stupidity. Trump pretty much admits this every day with his behavior. No, not all males behave this way ... and yet, the whole culture is organized to prevent the worst from happening ... and "threat" is often good enough to provoke the duck and cover, careful avoidance of the worst possibilities. So, "smart" women are nice, they learn to manipulate the situation quietly, behind the scenes, play nice, and then pretend it's good enough to get around the D.T. types ... but it's just playing along in a way that facilitates the continuation of the whole mess. Why do some people get so irrationally angry at Hillary Clinton? Because she simply refuses to endorse the nonsense by settling for less than her own, earned, worthy place ... true, full equality ... which really upsets those who've settled for less.

Every time I look at Kellyanne Connors, DJTs campaign manager, I think, yup, there's a "nice" very white girl who has learned how to play the system to her advantage. Well, her financial advantage. One look into her eyes and you can see she's sold her soul.