One of the members of a clergy social media group recently posted this:


Am I the only one uncomfortable with the Ash Wednesday Words of Imposition?  I’m usually OK unless it’s telling a child or someone suffering from low self-esteem: "Remember that you are dust, and to dust you shall return."  It’s not that Americans need help denying mortality, it’s just that the statement is half the truth. So, I’m thinking about: "You are dust that God is trying to turn into someone as wise, kind, and brave as Jesus."

While several clergy thought discomfort over the words was "important", several other clergy thought changing the words a good idea (although they didn't really say why), adding their own versions such as:


"Remember you are dust, the universe was made for you."

“Be dead to your past, the kingdom is in front of you “

"Turn away from sin and be faithful to the gospel." (Taken from the Roman Rite)

"But also remember you are God's dust, and to God you will return." 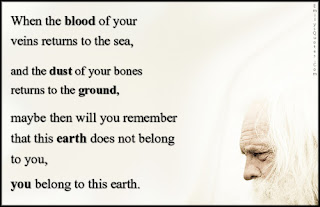 I was surpised by my reaction to the proposal to consider changing these venerable words - even if unofficially. They are engraved on my heart and I cherish them as part of the beautiful heritage of the Ash Wednesday liturgy and ritural. They sent the tone for a "Holy Lent."

Is it because of my work in Hospice? Is that why these words have such deep meaning for me? Or, have I finally become an old fart?

Here's how I responded:


"Dust" of course, is a metaphor. We use lots of metaphors in the church. It's not about what's true and what's not true. God is neither an eagle nor a mother hen but something quite amazingly like and profoundly beyond those two realities. We use metaphors like "dust" to express the truth of the deep mystery of our human existence which can't be fully known or understood.


I'm a hospice chaplain. I'll be having an Ash Wednesday service at noon for my hospice staff of doctors, nurses, social workers, and aides which will be preceded and followed by brief, abbreviated services at several Extended Care Facilities as well as the individual residences of several hospice patients.

I can almost guarantee that no one will be made "uncomfortable" by the words "Remember that you are dust and to dust you shall return." That's because they, being closer to death on a daily basis than your average bear, better understand the importance and the meaning of the metaphor than most.

It has always astounded me that the church, which professes a deep belief in both the incarnation and resurrection, is so skittish about issues of intimacy (especially that of the body, read: sex) and death.

Frankly, we do a terrible job preaching and teaching or even talking about sex and death.

We're not much better talking about money, either, but, all-in-all, we'd rather talk about sex - especially when we think it's outside of "scriptural norms". At least it keeps us from talking about intimacy or ministering with the poor or welcoming the stranger or .... fill in the gospel blank.

I'm remembering Lane Denson, a wonderful priest and writer, now numbered among the saints, who loved to tell the story of getting on the subway with a large smudge of a cross on his forehead.

Now, admittedly, that would make even me uncomfortable.
Lane also liked to add his own flourish to the old Irish saying which was repeated by Senator Pat Moynihan on the death of John F. Kennedy. Moynihan said it about being "Irish" but Lane thought it applied to being Christian, as well:

"There's probably not any point in being [a Christian]," he said, "if you don't know that the world is going to break your heart eventually." 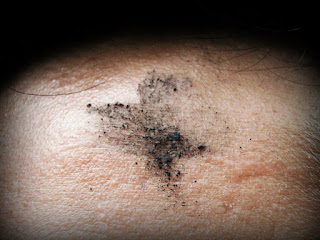 I'm guessing that, as you read this, your forehead has been appropriately smudged with ashes and you have heard those words again this year

So, what do you think?

Would you change those words?

How would you change them?

Why would you change them?

It's been a long time since I've had a conversation on this blog. I'm used to having conversations only on FaceBook - in closer to "real time" as the expression goes.

I have a sneaking suspicion that this conversation will happen both on this blog and on FaceBook - but more the later than the former.

In any event, thanks for thinking this through with me.

With some many other proposed changes in our liturgy, and with the fast-paced changes of the world, I really am curious to hear your thoughts on this.

Posted by Elizabeth Kaeton at 8:18 AM

I have no problem with changes to liturgy that reflect a broader understanding of what one means by eternal truth (and isn't that what religion attempts to establish, the truth of who and what we are?) or what belief is meant to be. Dust to dust certainly sounds better to me than the scientific alternative: you slithered out of the primordial ooze but since that dried up, your choices now are rot or incineration. Whatever the liturgists choose, I choose to hope for another form of life after this one even though I'm not convinced that is anything more than a comforting wish ... but then, proof has never been a particular strength of religious scholarship, or even particularly necessary.

As a member of the Woodstock generation, I go for “remember you are Stardust, you are golden.” With sparkley ashes, of course.

Yeah, well, we're of that same generation, but I'm an Episcopal priest and in the liturgical setting, I'm with the traditional words. They are not just traditional. They are deeply meaningful. Just me.