The Epiphany of Baptism 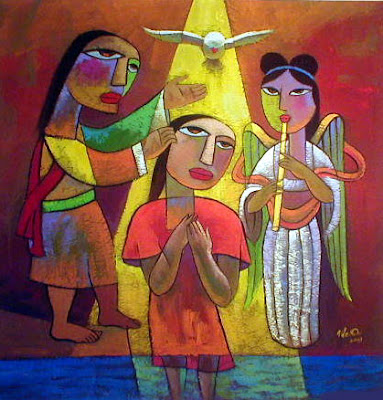 The Baptism of Jesus in Epiphanytide - January 12, 2020
The Episcopal Church of St. Philip, Laurel, DE


Today we take our first steps into the wondrous season of the Epiphany. It is a wondrous time because the gospel stories after the story of the miracle of the very human birth of Jesus now very carefully emphasize the manifestations – the “showings” – of the divinity of Jesus.

Baptism for the Jew in ancient Israel is not what it is for the Christian today. Baptism was a form of ritual cleansing – a 'mikvah'. The Hebrew word ‘mikvah’ literally means ‘a gathering of water’. It is the word used in Genesis 1:10 when God gathers the waters together to make the seas and the oceans and the rivers.

A mikvah is also part of Jewish law which refers to any water or bath for ritual immersion required before various activities like reading or studying Torah, or for the forgiveness of sins. It is also required of a woman before her marriage. Essentially, a mikvah is a spiritual purification and cleansing.

While our Christian understanding of Baptism is rooted in the Hebrew mikvah, it is a bit different. Jesus has come to John for a mikvah, for spiritual purification and not for forgiveness of sins, much like a wedding mikvah.

I believe it was a way to formally initiate his adult ministry. John had leaped in his mother’s womb when he met Jesus in Mary’s woman. Both were in placental waters; now they met again in baptismal waters.

Much like a wedding mikvah, Jesus is having this spiritual purification before he makes a commitment and dedication to his adult mission and ministry. Which is why, I think, he’s so insistent on having his cousin John baptize him. It’s not about forgiveness; it’s about an initiation. 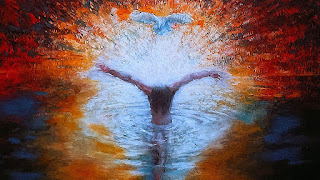 As Christians, we have taken both essences of the mikvah as our Baptism. It is the ritual and rite of initiation into Christian community – our dedication to Christ’s mission and ministry. And, it is also about forgiveness of sins.

It is only done once and for one reason and purpose only. We believe that there is ‘one faith, one hope, one Baptism.’ Once you have been baptized, no matter where or how or even by whom, you need not ever be baptized again.

I don’t know how to explain a mystery. I suppose no one does, really. Which is part of why it is a mystery.

I do know that children know it. They know about the mystery. They sense it when they come to the communion rail. I see it in their eyes. And, they know I know. It is our little secret about a mystery neither of us can explain.

I learned this as a young priest in my first church in Baltimore.

I received a phone call one Sunday afternoon from a young married father, with two small children. We had been talking about how Peter, their 4-year-old son, had been wanting to receive Communion.

He and his wife were on the fence about it. Both parents grew up in the church when Eucharist was withheld until after confirmation. Would allowing their very young son to receive defy and deny all they had been taught and understood about Holy Eucharist? 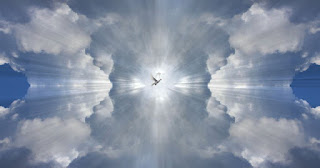 Finally, one fine Sunday morning, Peter came to the altar rail and piously cupped his hands to receive the host, as he often did. I looked into his eager, pleading eyes and then at his parents, as I always did.

Fully excepting them to shake their heads “no,” I was taken aback by their exchanged glances and uncertain smiles.

Finally, they both looked at me and nodded “yes”.

I knelt at the altar rail to be at Peter’s level, looked into his eyes, and said, simply, “Peter, this is the body of Christ, the bread of Heaven.” Peter looked at the host for a long moment and then reverently took it in his hands, closed his eyes and carefully put it into his mouth.

He kept his eyes closed for a long time and then whispered, “Amen.”

In that afternoon’s phone call, Peter’s father related that, on their way home in the car, their child suddenly called from the car seat, “Stop the car! Stop the car!” His mother turned to the back seat and asked, “Peter, what’s wrong?”

“Stop the car,” said Peter, “I have something ‘portant to say!”

Peter’s father dutifully pulled over to the side of the road and both parents turned to the back seat to listen to what their young son had to say. He remained silent for a while, seeming to weigh his words very carefully.

“What is it, son?” asked the father. “What do you have to say to us that is so important?”

Peter sat up in his car seat and, at the top of his voice exclaimed, “The body of Christ, the bread of heaven!”

His father, in reporting the experience said, “He got it,” Reverend Elizabeth. You were right! He understands!”

Now, I am not telling you this story to suggest that children should or shouldn’t receive communion. That is a decision that is not mine to make. That is a personal decision families must make together for what best aligns with their beliefs and values and traditions.

What I’m saying is that baptism is the rite of initiation that opens the doors to the Sacrament of Holy Eucharist and the five sacramental rites of the church. You don’t have to understand baptism, but once you are baptized you take your first steps into the deep mystery of our faith. 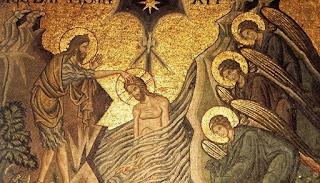 Baptism doesn’t make you perfect, but it places you on the path to be perfected in the doing. I love the prayer we pray after someone is baptized. The last sentence of that prayer is:

Sustain them, O Lord, in your Holy Spirit. Give them an inquiring and discerning heart, the courage to will and to persevere, a spirit to know and to love you, and the gift of joy and wonder in all your works.

Think about that for just a few minutes. We are spiritual beings having a human experience. I can’t explain that mystery. I only know that it resonates deep in my soul as being true. And, because I believe it to be true,  I believe baptism frees us to take risks, to fail so we can get up again and learn something more, something deeper about the mystery of what it means to be more fully human.

I will leave you with this poem entitled “Anyway,” which I think beautifully sums up the risks and benefits of spiritual beings trying to be more fully human. Some attribute this poem to Mother Theresa; others say this was written by a young college student named Kent Keith.

No matter. These words convey the Holy Spirit of God incarnate in Jesus, in whose name we were baptized. They are a manifestation, an epiphany, of God's Love that we are free to enjoy in baptism.

People are often unreasonable, illogical and self-centered
Forgive them anyway.

If you are kind, people may accuse you of selfish, ulterior motives.
Be kind anyway.

If you are successful, you will win some false friends and true enemies.
Succeed anyway.

What you spend years building, someone could destroy overnight.
Build anyway. 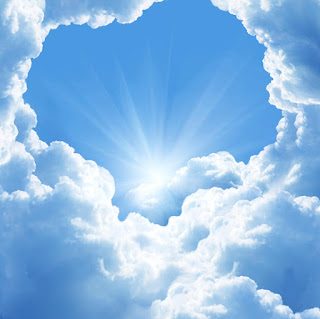 If you find serenity and happiness, some may be jealous.
Be happy anyway.

The good you do today, people will often forget tomorrow.
Do good anyway.