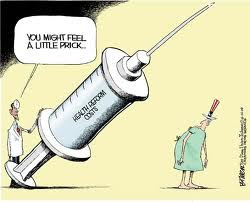 The Diocese of Newark will be meeting in Special Convention on Saturday, to talk about - and decide - whether or not to accept A177 or delay a decision on accepting it until after General Convention in July.

In preparing for that gathering, I have done some research in preparation for Special Convention, I have done a little research. Here's what I've found


There are on file, as of this date, 10 resolutions before  General Convention to either delay or suspend the implementation date of A177 until either 2015 or 2018.

Two of these resolutions are from bishops.

B001 A procedural resolution but a necessary canonical change if A177 is to stand. May not make it out of committee if there is an extension or suspension of A177

B002 states: (General Convention) did not, in passing these resolutions, take sufficient time to consider the impact these changes would have on parishes and institutions subject to the authority of this church. Nor did it consider the difference in scale and impact between parishes and said institutions. It required schools, for example, to make rapid adjustments for a comparatively large number of employees, resulting in yearly budget adjustments, on the average, of $200,000-500,000.

This resolution calls for an extension of the deadline for compliance, a simplification of the decision-making process for diocese (rather than have to make one decision for one benefit based on a determination of what institutions are “subject to the authority of this church”, and another based on different criteria, these resolutions would call for a similar decision-making process with both benefits), and an opportunity for parishes and church-affiliated institutions to initiate a phase-in process over a period of years for the lay employee pension program.

Seven of these resolutions are from dioceses, including the Diocese of Newark which passed Annual Convention in January 2112. .

C034 (Diocese of OH) asking for removal of the mandate of DHP.

C047 (Diocese of Olympia) - Asking for suspension of 2013 deadline for implementation and asking that each diocese determine what is fair and just.

So, here's the thing: Since the convention of the Diocese of Newark voted unanimously in January to join all these other dioceses and bishops and all eight dioceses in Province VI in asking General Convention to delay the implementation of A177, why are we discussing it in June - BEFORE General Convention acts?

Why didn't we have a Special Convention, say, in September?

Well, your guess is as good as mine.


I suspect someone gave someone else some bad advice. Seems to happen a lot in the church.


Nevertheless, we find ourselves in Special Convention and, in addition to the difficult decisions required of A177 and its implementation, we now have to determine the effects of these two proposals and determine when and how to make those decisions, in addition to determining how to implement its requirements and mandates that make sense for our diocese.

We must consider the risks of a decision to postpone acting on A177 until after General Convention in July with the risks of rushing into a decision that has been neither well thought out by CPG nor carefully considered by the “stakeholders” in the diocese (i.e. clergy and lay employees, Wardens, Vestry, Treasurers and congregations).

Here's what I know: Universal Health Care and Denominational Health Plan are major sea-changes in our culture and in our church.  Even as we are gathering, the Supreme Court is hearing a challenge to the present administration’s proposed Health Care Reform Act.

We, as a church, need to enter into this decision advisedly and not lightly, but reverently, and deliberately in accordance with our deep commitment for justice and peace.

Please keep the Diocese of Newark, it's clergy and elected deputies, in your prayers.
Posted by Elizabeth Kaeton at 3:08 PM