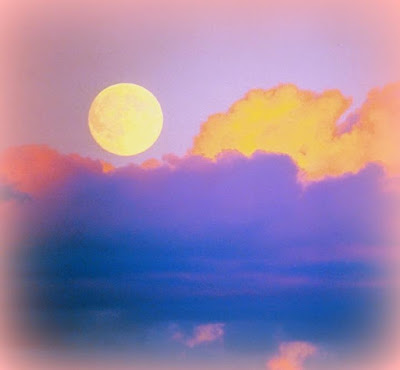 As early as Sunday night, desperation notes started popping up on social media.

"I want to die," posted one person. I checked in on him. He said he wasn't suicidal. Said he just felt like he wanted to die. Said it wasn't anything new. He was just tired of it all. Felt like he couldn't go on one minute more.

Then, he started responding publicly to everyone with a rant about, "Oh, so NOW you want to talk? Where were you when I needed you? When I needed to talk? When I felt all alone?"

In a strange way, it was like he wanted to be noticed and then got embarrassed because people did.

Or, maybe he wanted to make us all feel the same way he did: hopeless and helpless.

The phone starting ringing at 7:30 this morning.

"We are just a few hours into Holy Week and I'm not going to make it," said one voice.

I think that one was the third that morning. Or, maybe it was the fourth.

"Don't worry," I said, "by Friday evening the ERs around the country will be overflowing with suicide attempts."

I might have been a bit sarcastic but that was not a joke. I wouldn't joke about something like that. That's from experience.

I can't tell you how many Good Friday evenings I've spent in the ER with a parishioner or a student or a neighbor or a colleague.

And they weren't all religious. Some weren't even Christian.

This year - 2017, this week - there is a convergence of four major holy days  - three of them the holiest, highest of high, holy days - of four of the world;s major religions.

"Hanuman Jayanti" is celebrated to commemorate the birth of Hanuman Ji, the monkey God. He is the symbol of strength and energy. Hanuman is worshiped for his unyielding devotion to Rama and is remembered for his selfless dedication to the God. He is widely believed to be immortal.

Passover has begun for the Jews - the time they observe the history of their people when God saved them from the plagues in Egypt and set them free from centuries of bondage.

For Western and Orthodox Christians, this is Holy Week - the time we observe the history of the Passion of Jesus who set us free from the letter of the law to fulfill the spirit of the law and win for us Life Eternal.

It's also the time of Pink Moon Rising, so named by Native Americans because it heralds the appearance of the moss pink or wild ground phlox - one of the first spring flowers. It is also known as the Sprouting Grass Moon, the Egg Moon and the Fish Moon.

"Pink Moon" is the opening track from Nick Drake's 1972 album of the same name. It perfectly captures - well, for me, anyway - the tone and tenor of this time.

"Saw it written and I saw it say
Pink moon is on its way
And none of you stand so tall
Pink Moon gonna get ye all
And it's a pink moon."

Nick Drake was an English born singer-songwriter, noted for his soulful guitar ballads. By the time Drake wrote this song, he was deep in the throes of his life-long battle with depression. He died two years later, in 1974, from an overdoes of antidepressants. He was 26 years old.

The power of the song for me is that, even in the midst of the deepest part of his depression, Drake could see the power of the undercurrent of life - the cycle of dying and death and rebirth.

There is no doubt in my mind that this week there is a powerful psychic-spiritual undercurrent which has been set loose in the cosmos.

Few of us will be left untouched by it.

You don't have to suffer a major depression to experience it.

You don't have to practice a particular religion to feel it.

You don't have to go to Temple or Church or Mosque and read a Holy Book to know it.

"None of you stand so tall/Pink Moon gonna get ye all".

None of us knows what stories others are carrying around in their souls, especially this week. Betrayal has a very long shelf life. So does cruelty. Violence buries itself deep in the marrow of one's bones.

And, pain? Well, a wise pastor once told me that "Pain touches pain."

You don't know what cosmic forces will tug and pull at some ancient scar deep in the crevice of the heart.

You never know what a tidal surge will wash up on the Shores of Memory.

Who is to know that which was once safely buried will be unearthed when the tectonic plates in the earth shift with the waxing and waning of the moon?

We have no idea what part of the soul which was once thought dead will be stirred back to life by the moonlight dancing on the water.

In the midst of the darkest part of the night, remember to look for new life.

The Pink Moon is on its way.

It has been promised.
Posted by Elizabeth Kaeton at 12:48 AM

Thank you! Just how've been feeling. I treasure every moment that I'm alive, but I weep for humanity.