The Kingdom of the Ego and the Soul

A Sermon Preached on the Feast of Christ the King
Last Sunday after Pentecost - Proper 29 B
St. Philip's Episcopal Church, Laurel, DE
November 25, 2018

So, I’ll start with a confession because it’s good for the soul. Or, at least, so I hear.

When Fr. Howard called me last Tuesday to ask if I could cover for him today, I confess I was concerned and a bit distressed. I mean, we’ve all seen the commercial on TV where they operate for back pain. The person walks out of the outpatient clinic a few hours after the procedure upright and smiling broadly.

I, well – many of us, including Fr. Howard – thought that’s exactly how it would go. Apparently, that reality happens more often in TV commercials than in real life.

I was happy to be able to help out, not just for Fr. Howard but because it meant being with you all again. But then, it hit me: This is the last Sunday before the beginning of Advent. And, suddenly, the realization hit me: That means that it's Christ the King Sunday.

Well, if I’m honest, I confess I thought to myself that after more than thirty years of preaching, I don’t think have another Christ the King sermon in me.

And, anyway, how does that help anyone deal with the realities we have to face today? Is it really good or wise to teach people that they must wait until they die before they can know anything about the Kingdom of God?

So, with my teeth grit, I read over the Gospel lesson from John. Several times. And then, I read it again. And, though I prayed mightily for it, no new inspiration arrived, no new insight, nothing to help us live through these end days of the year when darkness comes early and the morning light appears later in the day.

So, I got up off my knees and went back to work. 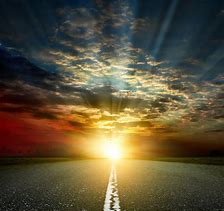 Here’s the truth as I know it: Sometimes, the light of inspiration comes when we least expect it. I think I was in the kitchen, de-boning the Thanksgiving turkey carcass I had boiled down to make some bone broth for the cold that comes in the deep winter months when I heard it.

Listen to part of John’s gospel again with me:

Pilate asked him, “So you are a king?” Jesus answered, “You say that I am a king. For this I was born, and for this I came into the world, to testify to the truth.


How odd, I thought to myself. Pilate asks him if he is a king and Jesus says, “I came to testify to the truth.” As if being a ruler and telling the truth are diametrically opposed. As if power and truth are mutually exclusive.

Is that true, I wondered? Can a person rule and being truthful? We know that many politicians have a difficult relationship with the truth but what about all those people who are charged with the sacred duty of leading the people?

Are leaders, by their nature, the adversary of truth? Is truth a stranger to leaders? Can truth and leadership walk side by side as companions?

Now, hear me clearly: I’m not just talking about our current state of political affairs. I’m not talking strictly about American political parties of any persuasion.

Is it okay to tell a ‘little white lie’? Or, to exaggerate a few details? Or, to play fast and loose with the facts?

Okay, so I know I wouldn’t appreciate it if you told me that I look awful in the outfit I’m wearing. If you think that, I’d rather you keep the truth of your opinion to yourself, thank you ever so much.

But, what about those times when the welfare of people’s lives are at stake? Is it okay to ‘tell a white lie’ or ‘exaggerate a few details’ or ‘play fast and loose with the facts’ then?

Some of us have become so familiar with ‘spin’ that it is a ‘new normal’ for us. This can either make us naïve or cynical. I know I naively believed that Fr. Howard would walk out of that outpatient center and right back into the church. I’m now struggling not to become cynical.

Truth and lies are not always black and white.

Courage is not always the opposite of fear.

Those who believe still have doubts.

Hate is not the necessarily opposite of love. 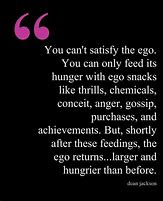 In this life, anyway, there are shades of white and shades of black as well as shades of gray. And, most of us live very shadowed lives.

As I say that, I think of that line in the movie “A Few Good Men,” when Jack Nickolson’s character, Col. Jessup, yells, “You can’t handle the truth.”

Many of us can’t handle the truth – even about ourselves – so we write our own press releases and some of us, unfortunately, actually believe them.

I’ve learned that the stories we tell about ourselves are different, based on their origin. Quaker leaders Parker Palmer and Marcy Jackson from the Center for Courage and Renewal talk about the difference between ego stories and soul stories.

Let me give you few of their examples:

Ego stories are told for the sake of self-promotion, as when we apply for a job. Soul stories are stories beneath the ego stories, with the thread of truth running thru them.

Ego stories try to portray us as in control or in charge of our lives. Soul stories are stories of twists and turns when our plans were undone by the unexpected.

Ego stores are highly crafted stories that leave out important things. Soul stories honor the fragments and integrate them with the whole.

We tell ego stories at a party when someone asks, “What do you do?” When we want the people we trust to know about us, we tell stories from the soul.

As a Hospice Chaplain, I’ve learned that ego stories do not sustain us in times of suffering, but soul stories are the ones we turn to in hard times or when we die.

This is what I hear in Jesus’ response to Pilate. I hear Pilate asking Jesus an ego question and Jesus giving Pilate a soul answer. “So, you are a king?” is Pilate asking, “So, you really do have power? So, the truth is that you can get yourself out of this?”

And, I hear Jesus answering, a kinder, gentler, more humble version of the statement: “You can’t handle the truth!”

I started out by saying that confession is good for the soul. I do believe that to be true.

Next week begins the Season of Advent, and we prepare for the coming of Jesus, the Christ, who came into the world not as a King to be worshiped, but as a naked babe, born of lowly and mean estate, not so much to be loved as to love us into being more human.

The truth of the God we worship and adore is that God loves us so much that God became one of us.

And, because God knows our human condition through Jesus, God gave us the gift of free will.

And, because God loves us unconditionally, God knew we would sometimes make poor choices so God also gave us the gift of grace, grace upon grace, by the power of the Spirit.

Perhaps, on the Sunday after we have given thanks for all that we have been given, it is a good thing – a meet, proper and right thing so to do – to prepare to confess the truth of who we really are, to tell fewer stories from our ego and begin practicing telling stories from our soul, at least with the people we know and trust.

Because, you know, confession is good for the soul. Or, at least, so I’ve heard.

In fact, sometimes, you might even get a sermon out of the deal.