Day 1: A Conversation at Breakfast 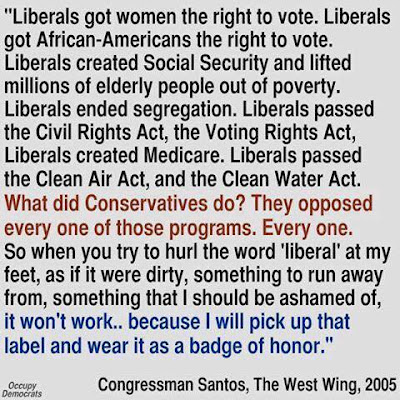 At breakfast this morning, someone asked in a delightful Scottish lilt if I was American.

Yes, I answered, aware that there was caution in my voice. With equal caution, she asked, "And, would you describe yourself as 'religious', then?"

She looked immediately relieved, took a deep exhale as she laughed, and then beamed as she asked, "Ah, then, you're a liberal?"

Indeed, said I, and damn proud of it.

"So then, may we have a chat?" said she as she took her cup of tea, without invitation, and moved to fill the empty chair across from me.


She was keen to know what was going on in America - and why.

We talked about what it meant to be liberal or conservative, Democrat, Republican or Independent, Catholic or Protestant, religious or interfaith or spiritual.

In the end, we determined that, in the peculiarities of this particular time, we found ourselves to be independent liberal feminists who wanted to conserve the goodness of the Republic of Democracy from an interfaith and multi-spiritual reality.

What a delightful way to start my first morning in Scotland.

Off I go to discover some of the hidden treasures of Glasgow.

Posted by Elizabeth Kaeton at 1:56 PM