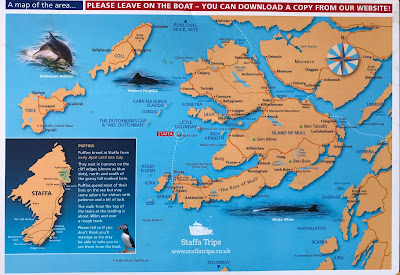 I took with me this poem, “Iona,” by Kenneth Steven and considered it as I walked around this island with breathtaking vistas of ancient beauty.

And God said:
Let there be a place made of stone
Out off the west of the world,
Roughed nine months by gale,
Rattled in Atlantic swell.
A place that rouses each Easter
With soft blessings of flowers
And shocks of white shell sand;
A place found only sometimes
By those who have lost their way.

It felt pretty much like an insider’s game with rules that were known only by those women who wore natural fiber suits and a single strand of pearls, and men who wore herringbone tweet jackets with patches at the elbow and everyone drank either gin and tonic or bourbon and wore the same broad grin and laughed the same cadenced laugh (Ah-ha, ha, HA!).

I mean, if my baptism means that I am a member of the household of God, aren’t I already ‘included’? Why do you have to ‘include’ me, after I’ve been baptized AND ‘received’? 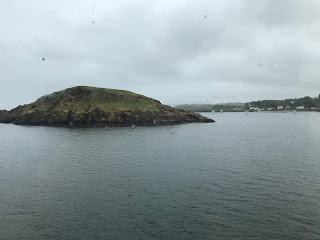 I think it took at least 15 years before I really found my footing. By that point, I had been ordained 10 years.

I stopped caring whether or not someone remarked about my “particular style” of dress, as it was frequently called. What that meant was that I wasn’t wearing a black suit – dress or slacks – with a black clerical shirt.

Oh, I often wore black clerical shirts but never – ever – a black suit. I refused to look like a female-male priest. Through observation of many of my peers, I knew if I took myself that seriously I would kill the very spirit that called me to a life of ordained service of God’s people.

Even so, I’ve frequently felt lost in the institutional church with its double messages of “warm welcome” and “inclusion” but no full time, proper paying work if you were a woman. God help you if you had what one of my colleagues called a “double condition”. That would be woman AND – fill in the blank of anything that wasn’t Caucasian, Ivy League, proper Episcopal Church pedigree, and, God knows, heterosexual.

I say all of that to say this: In an act of “institutional rebellion,” I have actively resisted all the things that mark a proper Episcopal priest: A properly dressed person who drives either a Volvo or a Subaru, who owns a golden retriever and has been to Iona.

Tell the truth: Doesn’t that describe many of the Episcopal Clergy you know who have at least two of those things? And lots of Episcopal priests, it seems, have been to Iona.

Except me. Until now. And, that was very intentional. 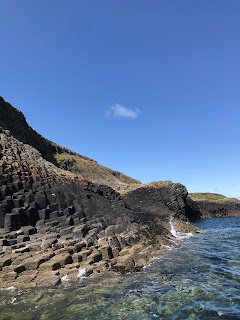 Something organic. Something authentic. Something that had deep roots in an expression of spirituality which grew from the fertile soil of ethnicity and culture.

It happened my last night in Spain. Our pilgrimage leader organized a wonderful dinner to celebrate the completion of The Camino. At the end of the dinner, two Spanish bag pipers came into the room with a Celtic witch who brewed an amazing, fiery alcoholic beverage while she spoke and sang ancient Galician chants.

At the end of the evening, she came over to me and looked deeply into my eyes. As she did, I felt there was something about her that was very familiar. Did I know her? How could that even be possible?

And then, she smiled and said, “Hello, my sister.” And suddenly, I realized we resembled each other. She looked familiar because she could have been a relative of mine.

She saw me. My essence. My blood. My ethnic connection. And, when she saw me, I was able to see myself. Or, more of myself. A part of myself I didn’t know existed but all of a sudden knew had been there all the time.

I felt as if a part of me had been lost but now was found. I felt more whole. I felt holy.

I realized, later, that I had been in the midst of an experience of a “thin place”.

It is a “thin place” experience to see yourself in another and to have another see a bit of themselves in you. In that moment, you are both caught up in wonder and awe.

It is a “thin place” experience to see yourself in part of creation and to know that this bit of creation – this rock, that tree, the blue sky, the white-capped water, this quiet spot, that hill where people were killed for their faith, that path where millions of pilgrims have walked before you to be found only after they lost their way – is also part of you in some mystical way that is beyond your knowing.

And yet, you know. You just know.

Beautiful places like Galicia and Iona are “thin places” because their natural beauty allows those experiences to happen more readily.

They are “thin places” because residents there have created a spirituality which honors the holiness of creation. They are holy places because pilgrims come to them, year after year, to bless them with more “thin place” experiences.

I am reminded of a passage from Little Gidding by T.S. Eliot from Four Quartets

If you came this way,
Taking any route, starting from anywhere,
At any time or at any season,
It would always be the same: you would have to put off
Sense and notion.
You are not here to verify,
Instruct yourself, or inform curiosity
Or carry report. You are here to kneel
Where prayer has been valid.

I am kneeling on the beautiful soil of Iona, adding my valid prayers to the prayers which  millions of pilgrims have prayed over the centuries that have been valid. 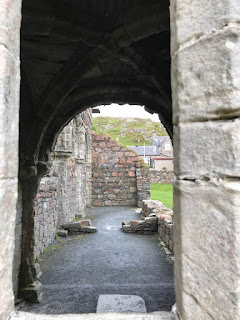 I am here to find parts of myself that I never knew existed but recognize immediately when they are discovered. Or uncovered. Or recovered.

I am here to be more connected with the whole of creation in the world and the world of the creation of my self that is within me, and be made more whole.

I am here to become more authentic so that my integrity can be made strong.

In that thin space between what was and is and is yet to come, I am more of who I am meant to be.

I am here because I belong.

Because of the thin place experiences I've had, I know that, no matter where I am, I am home.