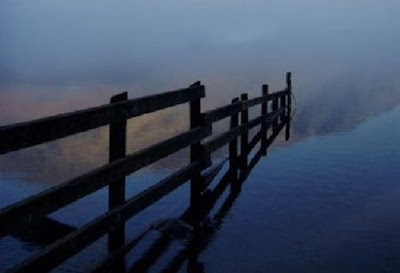 One of the ways I’ve been passing the time I have had on my hands since the pandemic has been “window shopping online”. Be it groceries or utensils, gadgets or clothing, I love nothing more than a good sale.

Indeed, I have banished myself from Thrift Shops where one can purchase for less than a tenth of the original price a wonderful skirt or an amazing blouse – or a cake plate or garlic press – even if you don’t really need it. Because, well, it’s on SALE!

These days, however, with my favorite Thrift Shops being closed, I hesitate to open my laptop because I’m certain to be tempted by something new and shiny and, God help me, on sale. “Everything reduced!” shouts one advert. “Take an additional 50% off,” lures another. And, the pièce de resistance, “Free shipping.” Well, what’s a girl to do but click on the link?

I confess I love shopping for something new, even if it’s old. So, it was with that lens that I read the account of Paul’s preaching in the Book of ACTS and this passage from John’s Gospel

The verse leading up to the lectionary reading from the book of ACTS tells us that “all the Athenians and the foreigners living there would spend their time in nothing but telling or hearing something new” (Acts 17:21).

So the crowd was drawn to the Areopagus, the Hill of Ares, a prominent rock outcropping which is located northwest of the Acropolis in Athens, Greece, to hear a “new teaching” about Jesus.

You may remember that in Greek mythology, Ares was the bloodthirsty god of war, the son of Zeus and Hera. You may also remember that Athena, the goddess of wisdom, courage, inspiration, civilization, law and justice, strategic warfare, mathematics, strength, strategy, the arts, crafts, and skill, killed Ares. Apparently, it takes a great deal to put an end to war. That said, Athena simply knocks out Ares with a large rock.

The city of Athens, we’re told, was “full of idols”—each new god, each new philosophy added to the last, so that the streets (not unlike our own) offered a plethora of religious products ready for consumption. If one god failed you, or just bored you, there was always another.

What I’ve always loved about this story is that, while “deeply distressed” by all this, Paul does not judge the people of Athens. No, instead, he turns their fascination with all the new and various “idols” or gods into a compliment of sorts. Indeed, he proclaims them to be “extremely religious.”

Now, perhaps he was being just a bit sarcastic, and I suppose he was not quite slick enough to be an equal to the modern televangelist but well done, nonetheless, Paul of Tarsus. Well done.

Paul goes on to quote their poets and philosophers and then notes that they even pay homage in an altar to “an unknown god”. He does not judge or ridicule them for this; instead, he applauds them on their admission that there are things that they do not know and cannot see.

I’m reminded of an old, dear friend from ‘da Bronx’ who once said to me, “Ya know, I gotta give youse Christians credit. You don’t really know that Jesus was the Son of God. You just ASSUME it. And then, you celebrate it.”

“Well,” he said, “you have a Feast of the Assumption. Oh, I love that feast in my neighborhood. Always great meatball sandwiches and amazing Zeppole”

I didn’t bother to tell him that the Feast of the Assumption celebrates when Mary, the Mother of Jesus, ascends (is ‘assumed’) into heaven at the end of her life. (It’s very important to Catholics and Orthodox. It’s August 15th, in case you were wondering.)

Paul recognizes that the attraction the Athenians, like all humans, have to that which is new goes hand in hand with the lure of visibility. The novel attracts us only insofar as it is easily grasped. If “seeing” a new truth requires time and training, the novelty inevitably wears off before truth is found. By proclaiming the invisible and the unknown, Paul refuses to let God become just another novelty, just another idol.

In his farewell discourse in John’s gospel, Jesus tells the disciples that the world will not be able to see the Spirit nor will it see Jesus, but the disciples will see them both. “Seeing” God is made possible by obedience to the command of Christ to “love one another as God and Jesus love us”.

It’s about more than visibility. Jesus comes into the world “so that those who do not see may see, and those who do see may become blind.” Our expectations about visibility are reversed. Seeing God turns out to be more difficult than one might have thought, and in fact believing that one can see God (as did the Athenians) proves only that one is blind.

There is much in the world today that is unknown and unseen and unsettling. While there have been some improvements, we are still in the midst of a worldwide pandemic, fighting a lethal virus that cannot be seen with the human eye. It’s a new virus – a nova coronavirus, the 19th in its strain – which does its deadliest work cloaked in invisibility and when we’re least aware. 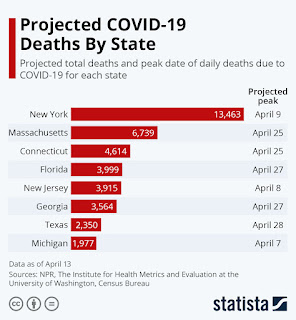 I suppose we should not be surprised that one of the ways we attempt to deal with the anxiety of the unseen is to try to capture it in numbers and picture graphs, and attempt to “flatten the curve(s)” we create to track the virus.

Although we can’t actually see the virus, we want to see – to make visible – the devastation of this horrible, merciless creature in the even more frightening number of those who are infected, hospitalized, on ventilators, or those who have died.

And, of course, this gives rise to all sort and manner of philosophies and theologies about why this is all happening in the first place. conspiracy theories abound. The internet has become a virtual repository of the newest idea about where this virus originated and why.

I won’t rehearse all of them for you. They are the usual scapegoats for God’s punishments, pronounced upon by those who believe they have seen God and thereby prove their own blindness.

Rachel Held Evans was a Christian author who famously left her evangelical church and joined The Episcopal Church. Unfortunately, she died on May 4th, just a year ago, at the age of 37, after suffering a severe allergic reaction to an antibiotic she was given.

“It's a frightful thing - thinking you have to get God right in order to get God to love you, thinking you're always one error away from damnation. It's a kind of legalism, really. And to this day, I fight like hell to prove I'm right about religion and politics, partly because in the back of mind I sense there are dire consequences to being wrong. How ironic. The very condition of humanity is to be wrong about God. The moment we figure God out, God ceases to be God. Maybe it's time to embrace the mystery and let ourselves off the hook.”

The very condition of humanity is to be wrong about God. Think about that for half a red-hot New York minute. Isn’t that just so true? So profoundly true? 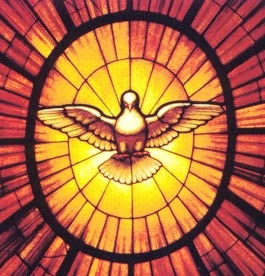 I think we’re far better off to have at least an annual Feast of the Assumption where for one day a year we can let ourselves off the hook and embrace the mystery that is central to our lives of faith.

Maybe we can be like Athena and take a rock and knock off all the old gods we formerly worshipped so we can live more fully into the mystery of our faith.

A day we can eat meatball sandwiches and Zeppole to our heart’s content and pay homage to a God we see and know every time we “seek and serve Christ in others”.

That’s not a new idea. Indeed, it’s a very old one. In fact, it’s part of the five promises we make when we are baptized or reaffirm our baptismal vows.