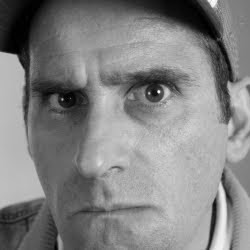 No, Billy Bob Neck is not a real person. Thanks be to God.

He's a character created by Paul Day in 2004 as his part to try and raise funds for John Kerry's presidential bid. Rather than be just another comic telling "Bush is stupid" jokes, he came up with the character of Billy Bob Neck. Billy Bob is bleeding edge satire on those in the Christian Conservative Movement who believe that "George Bush is the greatest president since Winston Churchill" and that President Obama wants to personally kill your grandmother.


“William Robert Neck was born in the house his father built on Jekyll Island, GA and has followed the Lord ever since. Every night he puts his slippers under the bed so that he gets down on his knees every morning to thank God for the the good things in life and humbly ask Him to wipe liberals off the face of the earth.”

Last night, Rachel Maddow showed a clip of him opining on his latest . . . "insight" . . . about the real nature of her character.

You have to watch this. Consider it Saturday morning cartoons for adults who are really, really, really tired of politics in general and the Christian Conservative Movement fueled Tea Bag Party in particular.

Posted by Elizabeth Kaeton at 8:36 AM

I am really happy to find out this is not a real person. Witty, yes, the characterization, but hurtful, too, I thought when I watched it last night. So very glad it is satire at its finest. Satire, I enjoy.

Nothing worse than some of the stuff we are given by those on the "other side of the aisle".

Check out his friend, "Shelly, the Republican" http://shelleytherepublican.com/

Oh --that was the best cartoon evah!!!

What superb acting! He has his character "down to a tee".

Huh. Did Rachel know he was doing satire? (Cuz I thought she was responding, as if he were on the up&up: *I* thought he was!)

~12-15 years ago, there was a popular pop hit called "Where Have All the Cowboys Gone?" (IIRC, by a singer named Paula Marshall). I lived in rural (conservative!) Central Pennsylvania at the time, and the radio stations played the hell out of that song (women called up and requested it a lot).

A couple of months after it came out, I saw her perform it live (IIRC, on The Today Show? This was way pre-YouTube!). As she sang the verses, Marshall would put a paper Barbie sort of mask on her face. Oh, the song was SATIRE!!!! :-0 (I get it!)

I don't think all of those women in Central PA knew that (probably a good number of those women would be unfamiliar w/ the word "satire"!). They wanted a Real, Live "Cowboy" that would drive the tractor all day, if they cooked dinner for him ("How do you take your coffee, my sweet?")

Satire is a funny thing.

LOL. Also crying 'cause, you know, I am surrounded by a lot of people like him.

Well, some the things he said was actually agreed with of others, so yes BillyBobNeck is fake, but there is people like him