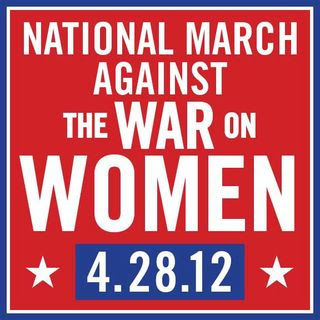 Now there's a way for you to become part of a nation of women and our allies who are pushing back at the regressive politics and oppressive legislation which is hell-bent on eroding or removing women's reproductive rights and protection under the law from sexual assault, rape and domestic violence.

Check out WE ARE WOMEN - MARCH! - a website for people working to fight for women's rights. 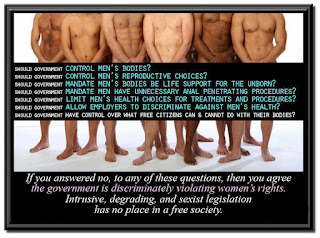 The site has a large map of the United States. Click on your state and you will be taken to a site that links you to activities that will take place in your state or local area on April 28, 2012, the day designated for women to march on their local state capitols to protest the GOP War on Women.

Please note: This is a grassroots effort designed for women and our allies to gather locally, to impact local government officials and agencies who somehow have come to believe that they are  powerless in the face of the well-funded political bulldozer which is spreading misogyny and sexism all over our land.

In addition to the local efforts on April 28th, a national 'We Are Woman March' is scheduled to take place in Washington on September 16, 2012 - just in time to send a strong message to the presidential candidates and everyone running for public office that women and our allies are marching to demand change.

We intend to be remembered in November!

Here's the thing: This is not just a war on women, it’s a war on everyone who doesn’t fit the narrow description of what an American “should” be: white, Christian, heterosexual, conservative and male.

Yes, this effort is called the 'We Are Woman March', but we are not just fighting the war on women. We’re fighting a war that will, if allowed, eventually destroy every group in this country that does not fit the narrow description of what some people think it means to be American. 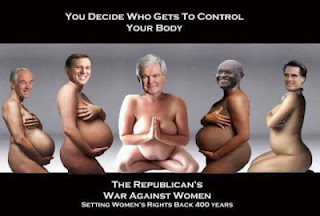 The local efforts on April 28th and the We Are Woman March on Washington, DC on September 16th will demonstrate, once and for all, that we do not need to conform to anyone else's version of America in order to BE Americans.

Men, women, straight, bi, gay, lesbian, trans, black, white, Democrat and Republican - we will all suffer if we do not stand shoulder to shoulder and shout “No more!”

Well, my friends, the time has come and now is.

Be at your local State House or Governor's Mansion.


Let your local officials know that if they really believe that women are the 'fairer sex', perhaps they might try treating women more fairly.

Okay, everybody. Get ready, get set: MARCH!
Posted by Elizabeth Kaeton at 11:39 AM

Email ThisBlogThis!Share to TwitterShare to FacebookShare to Pinterest
Labels: Abortion: War on Women