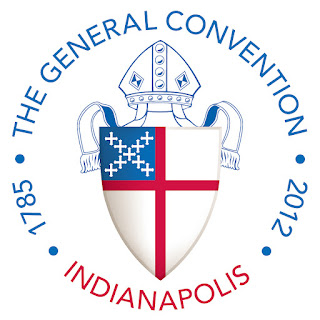 General Convention, 2012, is almost upon us. It will take place in Indianapolis from July 5-12.  That's just seventy days from today.

This is the image for it. But, where's the theme?

I remember "Ubuntu" in Anaheim, 2009.  Lovely image, as I recall. Wish we'd have practiced more of it in our discussions and deliberations. 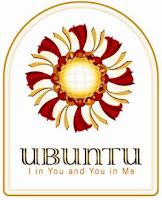 In 2006, in Columbus, it was, "Come and Grow". And, wow, did we ever! That was the convention where Katharine Jefferts Schori was elected the first woman to be Presiding Bishop in the Episcopal Church and our first Primate in the Anglican Communion. And, Bonnie Anderson was elected President of the House of Deputies. All in all, I think we followed our theme.

In 2003......um....I remember we were in Minneapolis.  I remember General Convention confirmed Gene Robinson's election as Bishop of New Hampshire. Everything else is pretty much a blur.

In 2000 we were in Denver, CO. I remember that one. It was "Jubilee". Frank Wade was Chaplain of the House of Deputies and gave daily meditations on the theme. They were absolutely stellar. I have it on tape. It's one of the reasons I still keep a tape recorder in the house - so I can listen to it from time to time.

I think there is an "unofficial" theme for General Convention, 2012: "Mission, Structure and Budget".  Clearly, that's what we're going to be talking about. A lot. Probably in reverse order.

Oh, and some on The Covenant. And, a bit on the proposed liturgies for Blessing Covenants along with some red hot resolutions from dioceses in states where there is Marriage Equality to change the marriage canons. And, some on Title IV in the Canons which deal with clergy misconduct. Oh, and there may be a bit of a stir about finally adopting "Holy Women, Holy Men" - mainly because there aren't as many holy women listed on the calendar as there are holy men.

Honestly? I think we're going to be elbow-deep in talking about the budget. Unfortunately, we'll also be talking a lot about restructuring so we can be "more nimble" in order to focus on "mission" (read: save money we don't have anyway). 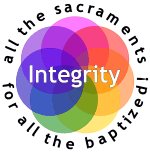 But, as near as I can figure, there's no "official" theme for this General Convention.

Quel dommage! (What a pity!)

And, what a GREAT opportunity, right?

I mean, nature does abhor a vacuum and I'm mischievous enough to try and help fill it.

So, I've decided to have a little fun on today's blog. I'm going to start a contest.

Let's create our own Theme for General Convention 2012.

There will be three categories:

You can make them serious or funny, taking a few gentle jabs at our beloved church at the national and international level, just to let off some steam.

My serious theme is "Transparency and Transformation".

My not-so-serious theme song is .... well, I'm torn between two. Both are from The Stones. 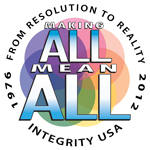 The first is: "You Can't Always Get What You Want (but if you try sometime, you just may find, you get what you need)."

The second is: "Here Comes Your 19th Nervous Breakdown".

Logo: I think I'd go with a scene from the 'Wizard of Oz". On the Yellow Brick Road. With the Emerald City looming in the background. I'll let you decide who will be Dorothy, The Tin Man, The Cowardly Lion, and The Straw Man. Oh, and Toto, too.

Or, maybe something from Brigadoon. You know, that mythical Scottish village that arises from the mist for one day every 100 years. I'll let you decide on the figures of Tommy and Fiona and whether the theme song should be "Come to me, Bend to Me" or "Almost like being in love".

The winning entry will receive a personalized certificate of Plenary Indulgence - tastefully done on linen paper in calligraphy scroll - and written in the original Latin with a translation in English.  If you supply me your snail mail address, I will mail it to you.

Okay, kids. Are you ready?

Let's show the church that there is no paucity of imagination and creativity in the grassroots, where where we're already doing mission and we've got all the structure we need.  Once that's recognized, we'll find we have enough money to be the Church.

We just want our church's leadership to get out of the way and let us be the Body of Christ.
Posted by Elizabeth Kaeton at 6:28 PM

Why, "Wisdom to Flourish" would work, and the logo? Oh....something based on the first letter of those three words....

I have two theme's for your consideration-

1.) Bringing forth the Kingdom of God (Idea-Christ is everywhere and in everyone. Bringing God's Queendom through restoring relationships)

Whatsoever you do to the least of your Brothers. http://www.youtube.com/watch?v=6rmAhLIYuRI&feature=related

Thanks, Maria. I hope someone at 815 is listening.