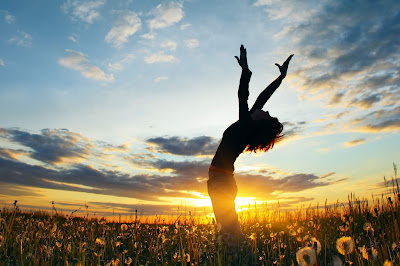 This is one of my favorite times of year. There are little hints and glimpses of the inevitable coming change in season.  The weather seems stuck and confused – the mornings are cool but by noon it can be hot and humid. We’ve had some pretty violent thunder and lightening storms and the rain has come down in sheets.

And, of course, it's "hurricane season," which I like to think of as Nature's little conniption fit because summer is ending.

The spiritual climate at this time of year is supercharged. This weekend, there was a Powwow of the Nanticoke Tribe where they celebrate their identity and culture in dance and drumming and chanting, to recapture their spirituality. The word is derived from the Narragansett word powwow, meaning "spiritual leader".

This evening begins Rosh Hashanah – the Jewish New Year. It’s a time when faithful Jews examine their relationship with God and themselves, their family and friends and the world. Yom Kippur will follow it, a time of atonement and reconciliation.

In a few days, Hindus will celebrate the god Krishna, whose life and work are often compared to Jesus. This will be followed by a celebration of the Hindu god Ganesha, whom you may recognize as the one with the elephant head, the remover of obstacles and patron of learning. 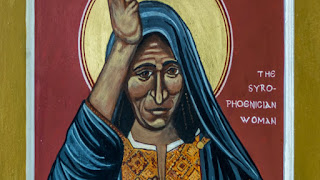 Our Christian scripture this morning provides more than ample evidence of these spiritual gifts.

A Syrophonecian woman seeks healing for her daughter and finds it, despite the obstacles of hurtful prejudice. A deaf man finds his hearing an ability to speak.

Was it magic? An illusion? Was it a miracle? Was it something, some reality, so beyond our comprehension that all we do is assign it a name that literally means something that can’t be explained.

“Ephphatha,” Jesus said to the man who was deaf and had a speech impediment. To our non-Hebrew ears, it could be a magical incantation like "Open Sesame!"

Be opened. Just as the Syrophoneican woman who, against all the odds of her gender and race and ethnicity and religious difference, was opened to the miracle that Jesus could heal her daughter. She could be opened even though insults were hurled at her.

He called her a dog, but she kept her mind and her heart opened and when she opened her mouth she was able to provide Jesus with a brilliant reason for him to be open to healing her daughter, sight unseen, who was tormented with illness.

And, the man who was deaf and had a speech impediment was healed with a combination of dirt and the spit of Jesus - an earthy combination - the stuff closest to us and, even,within us.

It reminds me of an updated story originally told by Rabbi Bunim about how we must be open to possibility, open to the miracle of bringing our dreams into reality - open to the possibility of miracles near us and within us.

The story goes that one restless night, Benny, who was having trouble making a living, had a vivid dream. His dream showed him, in precise detail, the whereabouts of a stuffed backpack with two million dollars cash, at the bottom of a dumpster on the Virginia shore. He woke from his dream knowing exactly how to find it. 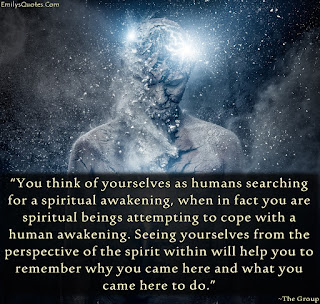 So, hoping against hope, Benny grabbed his keys from the night table and left his humble home in Minnesota for a two-day trip to Virginia Beach.

Wearied, but emboldened, he arrived at the location — a US Naval Base — and was elated to see the dumpster waiting for him behind a tall chain-link fence. It was there, just as described in his dream.

With great anticipation he drove up to the guardhouse at the entrance.

The soldier at the post dutifully asked him for his military ID, which, of course, Benny could not provide.

“I drove two days to come here. Why can’t you let me in for a few minutes? There’s something in that dumpster over there for me.”

“Sir, I don’t care if you drove for two weeks! This Naval base is for authorized personnel only. Please turn your vehicle around.”

“But I dreamed about that yellow dumpster! My fortune is in there!”

At this point the soldier’s stern expression turned to a smirk, and he said, “Sure, buddy. I had a dream of a house in Minnesota owned by some guy named “Benny,” with a million dollar treasure nailed to the bottom of his night table. You think I should abandon my post and go claim it?!” (Based on R’ Bunim Mpeshischa)


Sometimes it is easier to imagine that fulfillment lies across the sea than within reach; that gives us a ready excuse for why we have not yet found it. The search for happiness, knowledge, fulfillment, and healing can lead us in all directions, but ultimately the focus of our efforts must be within.

“What good is it, my brothers and sisters, if you say you have faith but do not have works? Can faith save you? . . .  So, faith by itself, if it has no works, is dead.” 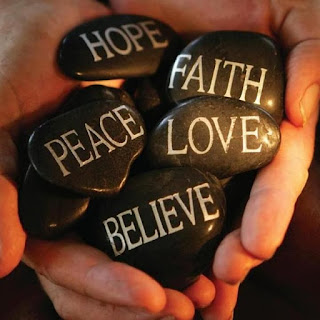 So, if you seek a miracle, for yourself or others, have faith, yes! but put your faith to work.

I want to mention the Monarch Butterfly Garden which Charles is starting in the church yard. He was out there at 7:30 this morning, in the pouring down rain, organizing the stones for the landscaping.

He was joined after 8 o'clock mass by a few others who helped him haul bricks and flag stone. Then he brought in the butterfly "incubator" - a net enclosure with about two dozen larvae and about six monarch butterflies which had already hatched.

Charles and his crew are participating in a miracle. They are opened to allowing the power of God to work through them. They are putting their faith to work.

So, if you want to see a miracle in your life, be opened to possibilities.

Dig deep and find the strength within you to overcome the obstacles in your path.

Do not believe the insults hurled at you and push past them.

Clear the fog in your ears and listen to your own wisdom.

Find your own brilliance.

Speak in your own voice.

And, miracles – that which we can’t explain – can and do and will happen.

God is as close to you as your next breath. Jesus shows us the way to life and truth.

Ephphatha! Be opened. Find the miracle you seek.