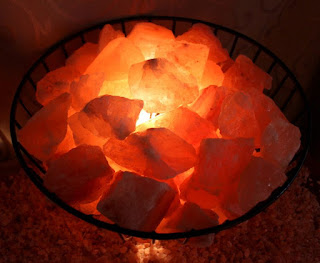 I love that phrase from the Epistle of St. James. “ . . . if anyone among you wanders from the truth . . .”. It sounds a gentle sort of innocence, doesn’t it? I’m reminded of that quote attributed to Sophie Tucker, “I used to be snow white, but then I drifted.”

Jesus says, “If any of you put a stumbling block before one of these little ones who believe in me, it would be better for you if a great millstone were hung around your neck and you were thrown into the sea. . . .”

What does it mean, do you suppose, to be a “stumbling block” to others?

I’m asking that question in a week of an unprecedented Senate hearing for the position of Supreme Court Judge. Those who have been sexually harassed or assaulted or raped have found ourselves re-traumatized. Truth be told, we’ve all been traumatized by just how polarized and tribal we’ve become as a nation.

As NPR journalist Cokie Roberts once lamented, “You can’t take the politics out of politics.”

I believe that God is present in everything, in every event in our lives. Just because God isn’t mentioned doesn’t mean God isn’t in the midst of the stories of our lives. 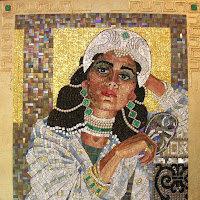 I think the best way to talk about what is happening is to talk about two women of antiquity, Vashti and Ester. We heard a bit of Ester’s story this morning (It’s one of the options of the lectionary selection – Track I), but to understand it, you have to know the story of her predecessor, Queen Vashti.

I urge you to read the Book of Ester and learn about this amazing Queen of Persia and her immediate predecessor Queen Vashti.

I think their stories will also help us understand what Jesus means when he talks about being a “stumbling block” and what he means when he says, “For everyone will be salted with fire. Salt is good; but if salt has lost its saltiness, how can you season it?”

Because this is a sermon and not a Bible Study, I’m going to rely on the brilliant work of my colleague, Lindsay Hardin Freeman, who has managed to tell the highlights of the story in succinct summary:

<<“Vashti, the first wife of King Ahasuerus of Persia, is suddenly outsted from her post as queen for not obeying the king’s orders to “show the peoples and the officials her beauty” during a celebration to commemorate “the great wealth of his kingdom.” Although we don’t know exactly why she objected, here are some good reasons:
Her refusal to answer Ahasuerus’ command humiliates the king in front of his subordinates, causing him to send word throughout the country that such behavior will not be tolerated. Every man, says he, should be master in his own house! Vashti disappears, never to be heard from again. We don’t know what happened to her. 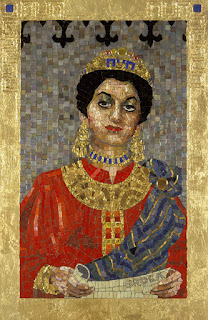 And that is where Esther comes into the picture. Plucked out of the countryside to join Ahasuerus’ harem, she so “pleased” him that she was named Queen of Persia, eventually saving the Jewish community from annihilation.

It is possible, although not documented, that Vashti was killed. We will never know. But we do know this: she stood up for herself, refusing to parade before dozens, if not hundreds, of drunken men. She had had enough."??>>

For her part, Ester keeps her racial identity as a Jew secret from her husband until “such a time as this” which is how she saves all the Jews – men, women and little children, as well as all of their property –  in all of the 127 provinces of King Ahauerus’ kingdom.

There’s an aphorism in 12-Step Programs that “You are only as sick as your secrets.”

I think both those things are true. I think secrets can help us to “wander from the truth” about ourselves. I think it is secrets which create stumbling blocks for others and ourselves on our life’s journey.

Secrets create in us a millstone round our neck, which can cause us to drown in a Sea of Deceit or cause us to be shipwrecked on the Shoals of Anxiety.

The problem with secrets is that, if we tell ourselves alternate versions of the truth – because it’s too upsetting or embarrassing or humiliating – and we repeat them often enough, we can convince ourselves that the alternate story IS the truth.

We present a picture of ourselves – a version of the truth about ourselves – that we want others to believe. We can even convince ourselves that this is who we really are, that we have it all together, that everything is just fine, that there are no clouds in the sky, no rain on the horizon, and there are no obstacles in our path. Indeed, never have been, never will be. 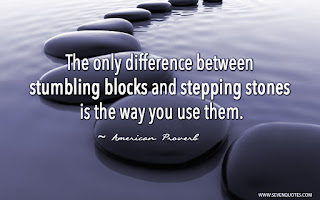 Meanwhile, we have become our own stumbling blocks. Meanwhile, we are drowning with a millstone of our own creation around our very own necks.

I feel called to tell you about one of my Hospice patients. Most of you know that I am a Hospice Chaplain. A while back, one of my patients was a 94 or 95 year old woman who, at first, was a little leary about my role. Eventually, she grew to like me and, more importantly, trust me.

One day when I went to visit she asked me if I heard confession? Yes, I said. Well, did I give absolution. Indeed, I said. Well then, said she, I have a story to tell you.

She took a deep breath and said, "When I was 15 years old, I was raped by my uncle. I didn't even have a word for it. I just knew that I was violated. A few months later, I found that I was pregnant. I was scared. I was terrified. I didn't know what to do except to lock myself in my room and cry."

"One of those times, my aunt, my mother and uncle's sister, came into my room and saw me in tears. She asked whatever was the matter and, against my better judgement, I told her. The whole story spilled out. My aunt listened carefully and then announced that she would take care of everything but I was not to tell anyone. Not even my mother. Not ever."

"So," she took a breath and continued, "I had an abortion. This was 80 years ago. It was illegal. But, my uncle was the 'star' of the family. The whole world was his oyster. Nothing could interfere with his future or his success or the family name."

"And, " she said, "I told no one. Not my mother. Not my father. Not my husband. Not my children. My Aunt was the only one and she took that secret to her grave."

I was quiet for awhile as I took her story to my heart and listened deeply to her question.

I looked deep into her eyes, past the tears, past the pain, and into her soul and said, "I know this much to be true: There is no hate in heaven."

A tear fell from her eye as she smiled and said, "Thank you. I don't need absolution. I got everything I need from you. I feel suddenly free - liberated - from the burden of this secret. Now, I can meet the one who created me with a clean heart. Now I can meet that soul and greet her in love. Thank you." 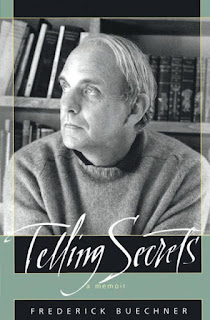 In the Introduction to his book, Telling Secrets, Frederick Buechner writes these words:

“I have called this book Telling Secrets because I have come to believe that by and large the human family all has the same secrets, which are both very telling and very important to tell. They are telling in the sense that they tell what is perhaps the central paradox of our condition – what we hunger for perhaps more than anything else is to be know in our full humanness, and yet that is often just what we also fear more than anything else.

It is important to tell at least from time to time the secret of who we truly and fully are – even if we tell it only to ourselves – because otherwise we run the risk of losing track of who we truly and fully are and little by little come to accept instead the highly edited version which we put forth in hope that the world will find it more acceptable than the real thing.

It is important to tell our secrets too because it makes it easier that way to see where we have been in our lives and where we are going. It also makes it easier for other people to tell us a secret or two of their own, and exchanges like that have a lot to do with what being a family is all about and what being human is all about.

Finally, I suspect that it is by entering that deep place inside us where our secrets are kept that we come perhaps closer than we do anywhere else to the One who, whether we realize it or not, is of all our secrets the most telling and the most precious we have to tell.”

This – what Buechner has described, of getting to the truth of our lives – is what I would name as being “salted with fire”. Jesus says, “Everyone will be salted with fire.” I hear this as a statement about the preservation of human souls through the salt of truth.

Facing the truth about ourselves – our lives – may sting. It may hurt. Being ‘salted with fire’ may, like Vashti, cause you to lose everything you’ve ever owned as you are banished from your home, no matter how physically beautiful you are thought to be. Or, it may jeopardize your life and the lives of people you love, as it did Hadassah, or Ester.

Have you ever gotten your own salty sweat in a cut on your brow or arm or leg? Stings, doesn’t it? So, too, with the truth.

What’s that old saying? The truth will set you free, but first, it will make you miserable. Well, I don’t know about ‘miserable’ but facing the truth about yourself is certainly not an easy task. Indeed, facing the truth, accepting the truth, telling your secrets – even if only to yourself – is an act of real humility. 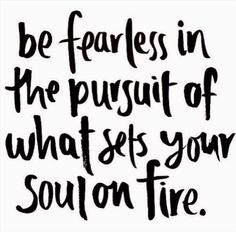 And, I’m talking here not only about the bad stuff, but the good stuff, too. It’s humbling to say, “You know, I really am good at this particular thing,” and then, to do that, instead of the thing everyone expected you to do – or you expected of yourself.

Ask anyone who has made a serious career change how humbling that can be but, ultimately, how liberating and satisfying it is to do what you really love to do, because it comes from a place of real truth within your very soul.

I think, if more of us in this world followed those words of Jesus, we wouldn’t have had the week we just experienced. Fewer of us would have occasion to “wander from the truth”. What a truly wonderful world it would be if we didn’t create stumbling blocks for others or ourselves.

Jesus says, “Have salt in yourselves, and be at peace with one another.”