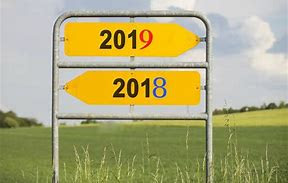 The year 2018 is almost “a wrap” as they say, a fact that some greet with relief and others with regret. It has certainly been an eventful year in The Episcopal Church, so before we start making resolutions for the New Year, it might be helpful to take a look back on the stories that caught our attention.

I was going to try and rank the stories in terms of which one was “The Top Story in The Episcopal Church for 2018,” but after conducting a few polls on FaceBook – my own and a few corners of the Internet where Episcopalians gather – I decided that was not the most productive way to look at what has happened.

As one person taking the poll pointed out, “it depends on whether or not you are looking at it from the ‘inside’ or the ‘outside’ of the church.”

Fair enough. Some of the stories are interrelated, so I’m just going to try to summarize things according to the results of the polls and my own perspective on things.

You may disagree. Of course, you might. “Some may, none must, all should” as some Episcopalians like to chant. I really welcome the addition of your perspective in the comment section of the blog or on this FaceBook Page.

So full disclaimer: I'm not a journalist. I'm just a woman who is a priest, who, like every other Episcopalian I know, has at least three firmly-held opinions on any one given subject - except those who have only one position and they ain't movin' for love nor money - and I love it that the church that I love is like that.

Most days. And then, it's not so much that I've changed my mind as switched my priorities.

There's an awful lot to cover, even though I summarized as often as I could and provided as many links as I could find, so let's get to it. 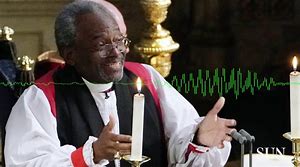 Whether you are inside or outside of The Episcopal Church, the Presiding Bishop “stole the show” at the royal wedding of Prince Harry and Meghan Markle (now the Duke and Duchess of Sussex), according to media on both sides of The Pond, and raised his profile as a progressive religious leader.

An estimated two billion people watched his riveting, hopeful, and deceptively simple message: love and acceptance are what we need in these strange times.

His “royal sermon” is featured in his book “The Power of Love” which also contains an additional four of his personal favorite sermons on the themes of love and social justice as reflective of the over-arching message of his episcopacy: “We are the Episcopal branch of The Jesus Movement.”

A Wedding and Three Funerals

It wasn’t just a Royal Wedding that put our beloved church in the news. There were three major funerals this year, two of which were at The Episcopal Cathedral of St. Peter and Paul, AKA “The National Cathedral,” in Washington, DC.

The first funeral was that of former first lady, Barbara Bush, who died on April 17th. Her funeral was held on April 21st at St. Martin’s Episcopal Church in Huston, TX. There were remarks by author, historian and family friend, Jon Meacham, prayers led by the Rev’d Dr. Peter Cheney, her pastor in Main, and the sermon was delivered by her rector, the Rev’d Dr. Russell J. Levenson, Jr.

The funeral was attended by First Lady, Melania Trump, as well as former Presidents and first ladies Bill and Hillary Clinton and Barack and Michele Obama. St. Martin’s was often referred to by the media as one of the largest Episcopal Churches in the country. 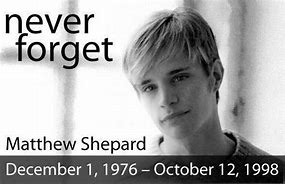 The life of Matthew Shepherd, the young gay man who, at age 21 was brutally beaten unconscious, tied to a fence in a barren field in Wyoming, and left to die, was celebrated and his earthly remains laid to rest in a crypt at The National Cathedral on October 26th.

"Matthew loved the church," said Shepard's father, Dennis. "He loved the fact that it was a safe place for anyone who wanted to enter. It's so important that we now have a home for Matt ... A home that is safe from haters. A home that he loved dearly."

The other funeral which placed The Episcopal Church in the national and internal spotlight was that of former President George Herbert Walker Bush who died November 30th at the age of 94. With President Trump and four living former U.S. presidents in attendance, Bush was remembered as “America’s last great soldier-statesman” by biographer Jon Meacham, one of four people delivering eulogies. His body was received by Presiding Bishop Michael Curry and his service was presided over by Bishop Mariann Budde at the National Cathedral.

I should give honorable mention to two other services. 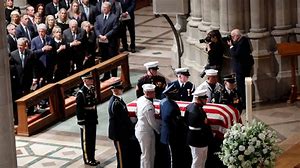 On Saturday, September 1, a funeral was held at the National Cathedral for Senator John McCain (R-AZ) who died August 25th at the age of 81.

The veteran US senator who spent five years as a prisoner of war in Vietnam as a young Navy pilot had been diagnosed with brain cancer in July 2017.

At an emotional service presided over by Bishop Mariann Budde, former Presidents Barack Obama and George W. Bush gave eulogies, after McCain specifically requested before his death that his former political foes speak.

“I didn't explicitly mention any of the immigrant crises that are facing us,” said Bishop Budde, “although I was just at the U.S.-Mexican border a few days ago and can't get those images out of my mind. But I didn't have to. It was the text that called that to us, and I simply touched upon it pretty lightly, actually, at the end of the sermon. But it's an unmistakable part of the story.”

I'm going to very briefly touch on the issues I thought looked important and impactful, at least from where I sat - which was in front of my laptop, watching it via live stream.

Turns out, the Way of Love is not easy, filled with twists and turns, a few missteps, a couple of steep hills and low valleys, and not more than a few bumps and potholes.

A summary of all of the resolutions and action can be found here and here.

Confession: Some of the many highlights include a Special Report from the House of Deputies Committee on Sexual Harassment and Exploitation which featured a Listening Session and liturgy where bishops offered laments and confession for the church’s role in sexual harassment. This was considered a good start by many while other voices cried aloud for accountability and justice. A three-year suspension of the statute of limitation on reporting incidences of sexual harassment and abuse was approved. 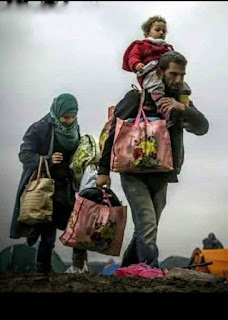 Immigration: In addition to several resolutions which put the church on record as respecting the dignity of immigrants,  one of the defining moments of this General Convention was the prayer vigil held July 8 outside the T. Don Hutto Residential Center, an immigrant detention facility little more than a half-hour outside of Austin.

A massive gathering of more than a thousand Episcopalians prayed and sang in support of immigrant parents and children who had been separated.

Justice: After many revisions and amendments, Convention agreed in passing a compromise Resolution B012 on July 13 to give all Episcopalians the ability to be married by their priests in their home churches.

The resolution took effect December 2, the first Sunday in Advent, but despite painstaking compromise involving a modified form of DEPO (Designated Episcopal Pastoral Oversight) with eight conservative/orthodox bishops, one bishop, William Love of Albany, in a Nov. 10 pastoral letter to his diocese, forcefully condemned the Episcopal Church’s adoption of same-sex marriage rites, vowed to reject a General Convention resolution intended to offer the rites in all dioceses, and suggested Episcopalians in his diocese would leave the church if his directive were overturned.

There is also some confusion and concern over how some bishops are defining DEPO, which was designed to be a temporary arrangement to allow for the process of reconciliation; additionally, it was never dependent upon a congregation's ability to fulfill its diocesan pledge.

I can't imagine someone's access to the Sacraments and Sacramental Rites of the church being tied to the congregational pledge but then again, prejudice of that sort exceeds the limits of my imagination.  See original 2004 statementt.

Presiding Bishop Michael Curry issued a statement Nov. 12 saying all clergy are required to “act in ways that reflect and uphold the discernment and decisions of the General Convention of the church.”

A summary of where the 8 bishops now stand can be found here:

Film, as they say, at eleven.

Revision: Even though we all know that the one constant thing in life is change, we resist it tooth and nail, especially, it seems, in The Episcopal Church where once something happens twice, it becomes "the way we've always done it". After three times, it's "tradition" and you mess with one of the legs of the three-legged stool at your own peril.

And so it came to be that Convention, after initially sounding quite certain that it wanted to revise the Book of Common Prayer - especially since its language is not "gender neutral" (a polite way of saying exclusively male, heterosexist, and sexist)  and does not yet contain the new rights of blessing for same-sex marriages - decided to begin the process to study the process to begin the revision of the 1979 Book of Common Prayer, all the while assuring everyone that we could still use all the authorized resources already available.

See also: Every Episcopalian has three opinions for every issue - except those who only have one.

The Year of the Woman

Thirty-two bishops in thirty years is not exactly lightening-speed progress but the advances made in the last year have at least given us more momentum for further progress. A sea-change is happening in the House of Bishops and the fact that women are riding this wave is a cause for great celebration. 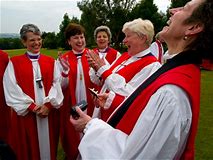 
All that having been said, after 47 years of prophetic witness and activism, the board of The Episcopal Women’s Caucus voted to “sunset” itself as an organization, waiting hopefully for the next generation of women to take on the mantle and continue to work for the full and equal status of women in the church and in the world.


Well, it’s been quite a year, wouldn’t you say? It most often is when we meet in General Convention.

We’ve still got a long, long way to go, and God knows, sometimes it feels like we’ve taken 3 steps forward and 2 steps back, but we seem to have made important gains in our work in prospering God’s mission “to restore all people to unity with God and each other in Christ.”

Then again, there is a Lambeth Conference planned for 2020, isn’t there? It will be interesting to see who gets invited and who is not invited.

Alrighty, then. Buckle up, boys and girls. It’s bound to be a bumpy ride from here to Canterbury.