Crying in the Wilderness


Have you begun to feel it yet? I certainly have.

The tension of keeping Advent is enormous! The pressure is ON! It’s easy to simply say, oh, play the Christmas music already! Why not?!?! They’re playing Christmas music in the stores and malls!  Santa is already receiving guests at Rehoboth Beach. What’s wrong with you, anyway?!?!

I was talking with a woman the other day who was looking for Advent candles. She was hoping for three blue, one pink and one white but she would have settled for purple instead of blue.

She went to several stores without any luck because green and red candles seem to have taken over the stores. She finally stopped in at her local grocery store, thinking certainly they’d have a great variety of candles. Nothing. Zero. Zilch. Zip. Nada.

She finally asked a passing clerk: Do you have Advent candles? The clerk looked at her as if she had two heads and one was flopping. 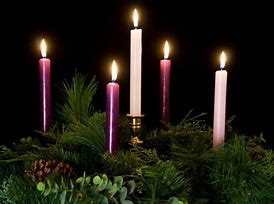 The rest of the world is “decking the halls with balls of holly” and we’re out scouring the stores for blue or purple candles.

I’m no Advent purist but I do love the season of “Slouching Towards Bethlehem,” to borrow a line from the poem “The Second Coming,” by W.B. Yeats.

Yeats, of course, was describing the aftermath of World War I. He was drawing on a biblical image to depict a world that had become unmoored, a world falling apart into anarchy. Which, of course, is what John the Baptizer is yelling about, out there in the wilderness.

The apostle Luke names all the various leaders of the day to show how far Israel had fallen.

Politically, the Jews were ruled by foreigners, and religiously, Annas and Caiaphas had been illegally put into their positions by the Roman authorities, and constantly used their power to line their own pockets and increase their own authority. Annas was even sometimes called a viper who hissed or whispered in the ears of judges and politicians in order to influence their decisions.

John the Baptizer did not say, “The falcon can not hear the falconer; Things fall apart; the centre cannot hold.” That, of course, was Yeats, but it’s a perfect echo of John.

I have to turn down the volume on my own Christmas voice. I’m no purist – or, as one of my friends says, “An Advent Jihadist" – but there is something about staying in the wilderness for a bit, listening to Luke’s Apocalypse which we heard last week, and tolerating John the Baptizer’s ranting in the wilderness – this week and next!

How else will we be prepared to hear Mary singing the Magnificat on the fourth week? How will we hear the Baby Jesus cry? In my experience, it’s important to listen to all of the voices of Advent – even the ones we don’t want to hear – in order to prepare for the joy of Christmas.

Let me give you an example of what I’m talking about.

I spent a good amount of my ministry in the Tri-state Area, mostly in New Jersey but also in New York and a wee bit in Connecticut. I was rector of a fairly large suburban congregation in northern NJ where taking one’s child to Radio City Music Hall at Christmas was almost a rite of passage. 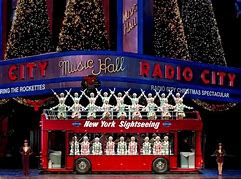 And so it came to pass that a child I had baptized, one beautiful little girl named Olivia, celebrated her fifth birthday and lo, it was decreed by her father that the family should make the cultural pilgrimage into New York City for the Annual Christmas Show at Radio City Music Hall.

Lo, the mother and father and their girl-child did board a train and traveled into the region known as The Big Apple where these modern pilgrims did pay homage at all the Holy Places: The State Building of The Empire, The Store of the American Girl Doll, and, of course, they, as a family, venerated the hallowed halls of F.A.O. Schwartz. (Of course!)

Olivia loved it all. Her parents were delighted. Everything was going well. They had great seats in Radio City Music Hall with a wonderful view. They thrilled as the Rocketts high-stepped and step-kicked their way through all the familiar Christmas songs.

And then, as it is written somewhere where no one can read but everyone just knows, the traditional ending of the Christmas Special at Radio City Music Hall began. The lights dimmed and a manger scene appeared under the spotlight of an otherwise darkened stage.

There was Mary. There was Joseph. And there, in a manger, was the Baby Jesus.

Then, a man’s voice began to intone from his tried and true script, read to thousands of people over decades of Christmas holidays: “And it came to pass that a child was born in Bethlehem, in a manger and wrapped in swaddling clothes. And it was for this he came into the world: To be killed and hung on a cross and to die for the salvation of the world.”

At which point, Olivia sat up in her seat and, at the top of her voice that would have made John the Baptizer proud, cried out, “WHAT! They killed Jesus?? Mom! Dad! THEY KILLED JESUS??”

At which point, a hush did fall over the entire section in which they were sitting in the hallowed halls of Radio City Music. Olivia’s parents did look at each other in horror, and fear did strike every corner of their parental hearts while embarrassment did cover their faces.

And, the father did open his mouth and bravely said to his daughter, “Olivia, let’s wait until tomorrow and we’ll talk with Reverend Elizabeth.” 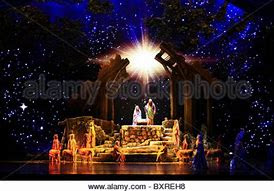 And it was night, and it was morning, a second day. Sunday. In the fifth year of Olivia’s birth, when Barack Obama was in his first term as President and Chris Christie was Governor of all New Jersey.

And, lo, the father and mother did bring the girl-child Olivia to church. As fate would have it, the parents did see their priest at the end of the church service but before the child Olivia came upstairs from Church School and they did tell her what to expect.

You know, there are times in the life of a priest when, if she keeps her mouth shut and her ears opened, she can actually hear the voice of God. And, so it came to past that I sat with Olivia on the chancel steps, kept my mouth shut, and let God speak.

Olivia considered very carefully what I was saying. “Here’s the thing, Olivia. It’s very important not to make a decision when you are scared. Or lonely. Or, tired. Or, even if you’re hungry. Some very wise people say that when you are Hungry, Angry, Lonely or Tired you should HALT. Stop. Because if you are any of those things, you are probably going to make a bad decision. Just like the people who killed Jesus.”

Olivia looked at me and said, “Wait. Did they kill the BABY Jesus or did they kill JESUS?”

“Oh,” said Olivia, getting up on her feet, “Well, that’s different!”

And then, she ran off to play.

What's that old joke? You know, the one bout the kid who asks his mother, "Where did I come from?" And she sits him down and tells him all about the birds and the bees, at the end of which the kid says, "Oh, well, see? Tommy comes from Pennsylvania so I wondered where I came from".

So, here’s my Advent message to you on this Second Sunday in Advent: We all know how the story ends. Don’t rush Advent.

Don’t rush the story. Live it.

Take each week as it comes. Light each candle, one by one.

Yes, the pressure is on and it is all around us. But, keep Advent. For as long as you can. 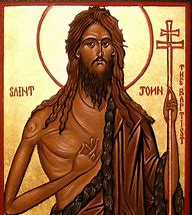 Stay and cry in the wilderness this week and next.

How else will the falcon hear the falconer’s song?

How else will you be able to join Mary in her song when it’s time?

How else will you hear the angels sing when the infant Jesus takes his first earthly breath?

Resist the pressure to rush the story.

Slouch your way towards Bethlehem.

We’ve been doing this for thousands of years.

The center will hold – especially if you take the time to listen for it and find it.