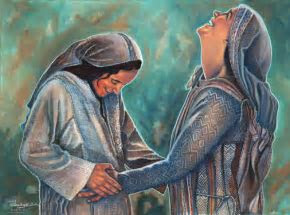 Well, here we are, the fourth Sunday in Advent and two days from Christmas.

This will be my last Sunday with you – well, I suspect we may see each other again – but I think we can all agree that it will be wonderful for you to have an Interim or Priest in Charge which will place you back on the road to stability in leadership, besides your amazing Jr. and Sr. Wardens and hard-working Vestry.

In three weeks with you I know this much: You are a wonderful community of faith.

I especially love Luke’s story of The Visitation which gives us the beautiful song of Mary we know as “The Magnificat”. Scholars tell us that this song affords Mary the most words said by any woman in any piece of scripture anywhere.

What I love about the story of the Visitation and the Magnificat is that there are so many stories within that story. The story looks to me the word equivalent of one of those Russian Nesting Dolls – like this one here – where one doll fits into another and then another until you get to the baby.

Now, I'm really excited to get to all the stories in the stories, but before I begin, let me address something that always dances in the mind of at least one or two people in a congregation like this. Someone always wants to dismiss this story because of The Virgin Birth – which they consider so much hocus-pocus or poppycock.

I love what author and Presbyterian minister, Frederick Buechner says about that:

“ . . . .many Christians have made it an article of faith that it was the Holy Spirit rather than Joseph who got Mary pregnant. If you believe God was somehow in Christ, it shouldn't make much difference to you how he got there. If you don't believe, it should make less difference still. In either case, life is complicated enough without confusing theology and gynecology.

In one sense anyway, the doctrine of the virgin birth is demonstrably true. Whereas the villains of history can always be seen as the products of heredity and environment, the saints always seem to arrive under their own steam. Evil evolves. Holiness happens.” 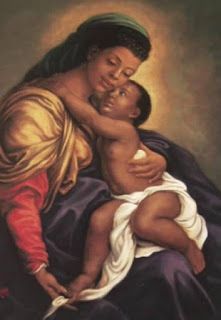 The story of the Visitation of Mary and Elizabeth and the Magnificat that Mary sings is one of those moments when “holiness happens”.

It has a great deal to do with the word “blessed” – which is the word Elizabeth uses to greet Mary: “Blessed are you among women.”

Hold that thought because I’m going to come back to it in just a minute.  Or, two.

I say that this is one of those moments when ‘holiness happens’ because on the surface of the story it may look like only Mary and only Elizabeth are present in this story.

But, if you open the Nesting Doll of this story, you’ll find other women present, as well, all having to do with Mary having been greeted by Elizabeth as “Blessed”.

The first is the story of Hannah, which Mary must have known. Indeed, she may have even learned it from her mother who may have sung the song around the house as she went about her work.

Found in the second book of Samuel (2:1-10), Hannah gives thanks to God for the birth of her son Samuel. It is very similar to Psalm 113. In Judaism, the song of Hannah is regarded as the prime role model for how to pray and is read on the first day of Rosh Hashanah. It begins:


“My heart rejoices in the Lord; my strength is exalted in the Lord. I smile at my enemies, because I rejoice in your salvation.”

But, there is yet another story in this story – the song of Deborah which we find in the fourth book of Judges (4:4-5) – her song is in Judges 5.

Deborah is described as a prophet, a judge and a warrior – a mother of Israel. Her story comes at a turning point in the history of Israel as the people cross over to reclaim Canaan. It is a time of violence and war when men and women are called to battle to save the nation of Israel.

Deborah’s song recalls the heroine Yael who kills Sisera, a general hellbent on destroying Israel. Yael offered him milk and kindness and hospitality and then, when he becomes drowsy with satisfaction, drives a peg through his skull and kills him. For this, Deborah sings the praises of Yael and says she is “blessed among women.” 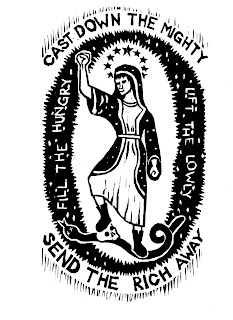 There’s another nesting doll to be uncovered. Yael is not the only woman thus invited into this holy moment.

Perhaps you may have heard the story of Judith, another strong woman in the stories of our faith during the time of the Assyrian attempted take over of Israel. In the 13th chapter of the Apocryphal Book of Judith, Judith is praised in similar language for killing Holofernes:


"O daughter, you are blessed by the Most High God above all other women on earth; and blessed be the Lord God, who created the heavens and the earth, who has guided you to cut off the head of the leader of our enemies."

So, we have Mary and Elizabeth, Deborah and Yael and Judith.

You may already know this but there are only two of the four Gospels which give us any sense of The Nativity. John and Mark are silent on the details of the birth of Jesus. Luke’s story contains the most specifics and is what the kids will act out in their Christmas pageant on Christmas Eve.

Matthew gives the genealogy of Jesus, to prove his human lineage. In that genealogy, four women are named: Tamar of Judah, Rahab, the Canaanite of Jericho, Ruth of Moab, and Bathsheba, the Righteous.

Tamar, Rahab and Bathsheba are each described as women whose morals are at least questionable if not scandalous but a closer look at their stories reveals the story of women who were smart and brave.

Even Ruth is encouraged by her mother-in-law, Orpah to seduce the owner of the fields where she works – but only in order to save them from starvation and death.

All of these women are in the room with Elizabeth and Mary. All of them are “blessed among women” because Mary carries within her womb the embodiment and the redemption of all of their stories.

No wonder John the Baptist leaps in utero when Elizabeth greets Mary.

To understand this, to understand how ‘holiness happens’, you have to know something about the word “blessed”. That story is the final nesting doll in the nesting egg of stories about the Magnificat. Several years ago, I was curious about the word “blessed” so I looked it up in the Old Oxford English Dictionary. I grew even more curious as I discovered that the root of the word ‘bless’ is ‘blood’.

I mentioned this to my spiritual director at the time, Martin Smith, who was, at that time, a brother in the Anglican Order of the Society of St. John the Evangelist in Cambridge, MA where I attended seminary. You may know them as “The Cowley Fathers”.

Martin explained to me that most of our words in the English language came to us from St. Gregory who founded a monastery where the monks wrote down most of his sermons.  Prior to that, not many sermons were written down. Gregory’s favorite preaching topic was the stories of Jacob. He especially loved preaching on the story of Jacob’s wrestling with an angel.

Gregory said that, when Jacob and the angel began to wrestle, in that moment, time stood still. It’s a holy moment, Gregory said, when the past and the future fold into the present and become one.

In that moment, Gregory preached that the blood of the cross splashed on Jacob and he was “blooded”.

When the monks wrote down the sermon, they wrote in the script of their day, of course. To eyes that came to read that sermon later in time, their letter ‘d’ looked like an ‘s’.

When you open the nesting egg of the story of the Magnificat and begin to hear the echoes of all the other women who are singing with Mary in that holy moment – all those warrior women who fought for the freedom of their country which did not fully grant it to them – you begin to understand the blessedness of Mary, and why Elizabeth greets her as “Blessed among women.”

St. Gregory would have said that Mary is blooded.

You also begin to understand why Mary spoke about the “strong arm of God” and “casting the down the mighty” and “lifting up the lowly”. Perhaps you can understand why she sang about “filling the hungry with good things” and sending “the rich away empty”.

And, you begin to understand just how much of an influence Mary had upon her son, Jesus as well as his cousin John who leapt in her womb when he heard Elizabeth say to Mary, “Blessed are you among women!”

In two days, we will be celebrating the Nativity of Jesus. We will be asked to participate in a story that defies logic and strains reason. 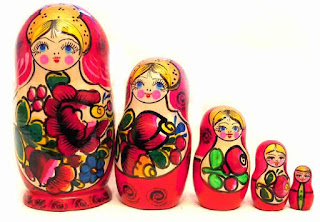 And for one night, one Holy night, we will be asked to suspend logic and reason and belief and participate in a story that requires an act of faith.
We will be asked not just to receive Jesus, but also to conceive Jesus in our hearts and souls and minds.

We will be asked to participate in a miracle.

Like Mary, we will be asked to say YES to God, even though people may judge us unkindly.

Fear not! We will not be alone.

We will be surrounded by Mary and Elizabeth, Hannah and Deborah, Judith and Yael, as well as Tamar and Rahab, Ruth and Bathsheba and a whole host of holy women and men, the saints of old, who arrived into a holy moment on their own steam.


At Christmas, we will enter that time and space when time stands still and holiness happens.

And when we do, we, too, will be blessed among women and men.