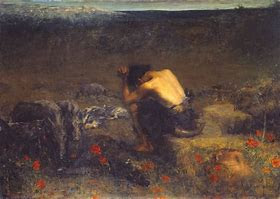 The Pharisees and scribes were grumbling and saying, "This fellow welcomes sinners and eats with them." So Jesus told them a parable.

That parable reminded me of a story from my youth.

I must have been seven or eight years old. My brother would have been three or four. There were three girls and one boy in my family and I was the oldest and therefore, responsible for everything.

Or, at least, that’s what I was told. Every day. Sometimes several times a day, depending on what my younger siblings had done wrong.

“See,” my mother would say, “if you had set a better example, he or she wouldn’t have done that.”

My brother was the only boy and could do no wrong. We girls called him “The Little Prince.” But, not like that. It was always through clenched teeth. “The. Little. Prince.”

Now, I should note that my brother remembers it differently. "Elizabaeth," he says, "you were the star. We all looked up to you."

"Yeah, well," said I, "whenever you guys did anything wrong, Mom blamed me."

Guess it all depends on your perspective, eh?

I remember it was a beautiful Spring day, much like the one we enjoyed yesterday. It was bright and sparkly and when that morning dawned the birds were singing loudly and the sun was warm and the sky was blue and all seemed right with the world.

I remember seeing my brother in the yard. I think I remember him putting dirt or a plant or something in his mouth and I remember thinking “Dumb. Little. Prince,” but then I got distracted by a butterfly or the way the breeze was dancing on the top of the new blades of grass or the way a white cloud billowed against the deep blue sky, as often happens in early Spring and you're a kid.

The next thing I knew my mother was yelling. There was panic in her voice, I could hear that distinctly. She was carrying my baby sister Diane on her hip. My younger sister Madeline was trailing behind her. “John,” she was yelling. “Johnny! Johnneeee!”

I felt absolutely frozen with fear. This had to be my fault, right?

I stood in place as people seemed to be swirling around me. Suddenly, my mother’s face appeared right in front of my face. She was shaking my shoulders and calling my name. She was asking me the last time I had seen my brother? Had a stranger been in the neighborhood? Anyone I didn’t know?

I couldn’t answer her because between the fear in my heart, the noise in the neighborhood and my two sisters crying, I couldn’t hear myself think. She shook my shoulders once more, took a deep gulp to keep herself from crying, hushed my sisters, stood up and squared her shoulders and then took off to try to find my brother. 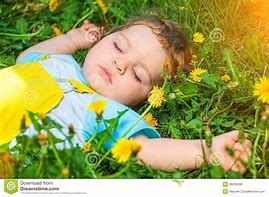 There was a picnic table there and the grass had grown up under it. Suddenly, my brother sat up. Apparently, he had crawled under the picnic table and had taken himself a wee little nap. He had awakened when he heard all the commotion.

Still frozen in place, I called out his name and pointed my finger at him and then I yelled, “LOOK!”

I could feel the fear that had once had me frozen melt away as a slow burning rage over took my body from my head right down to my toes. I didn’t dare move in case anyone noticed that I wasn’t smiling and happy and cheering and crying. I was furious.

They took my brother into the house and fed him ice cream. ICE CREAM!! Before supper!!!

Apparently, ice cream doesn’t ruin your supper if you’re a Little Prince who falls asleep under the backyard picnic table and everyone in the entire neighborhood is in a fevered sweat looking for you and you are found.

My mother also made his favorite meal for supper. Lincoln Log Sandwiches – a hot dog, split open and stuffed with cream cheese on a white bun. And, curly fries. Which no one ever ate unless it was summer. Or, a special occasion. Like my brother’s birthday. Which was in July. And, he always had Lincoln Log Sandwiches. AND, he had ICE CREAM – again – for dessert.

I can’t remember ever being so angry – before or since – but I clearly remembered this story when I read the parable of the ‘prodigal son’.

No, it’s not the same situation. At all. I remembered this story because I can only imagine that this must be what the elder son felt when he saw his younger brother return home after wasting his inheritance.

As the oldest child in my family, I can hear the anger in his voice and feel the pain in his heart when the elder son says to his father:

“Listen! For all these years I have been working like a slave for you, and I have never disobeyed your command; yet you have never given me even a young goat so that I might celebrate with my friends. But when this son of yours came back, who has devoured your property with prostitutes, you killed the fatted calf for him!”

This passage from Luke is titled “The Parable of the Prodigal Son”. Jesus told this story as the tax collectors and the sinners were coming near to listen to him. And the Pharisees and the scribes were grumbling and saying, "This fellow welcomes sinners and eats with them."

Jesus told them this story so they – and we – could understand something about the nature of God. Which is why I think the title of this story is wrong. It is not the son who is prodigal.

It is the father who is prodigal. 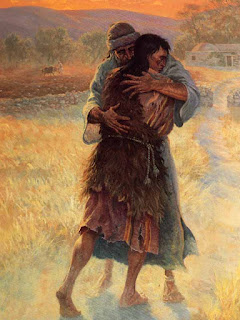 The word prodigal means “extravagant; lavishly wasteful.” And yes, that’s what the younger son has been. But the father in the parable is also prodigal.

When his younger son returns after years of sin and debauchery, and begs forgiveness, his father is extravagant and lavishly wasteful in his forgiveness of his young son.

And yes, the message of the parable is that God will be prodigal with you and me, the younger siblings of both of those distant Gospel relatives.

But, Jesus told this story because the Pharisees and scribes were grumbling because Jesus welcomes sinners and eats with them.

The message of the parable is that Jesus, like God, is prodigal. He is extravagant in his forgiveness; lavishly wasteful in his love for them.

But wait! There’s more! Jesus told this story because he knew that you and I would grumble because he and God welcome sinners and eat with them. Sinners that you and I know. People who get things we think they don’t really deserve.

So, sometimes, when we see someone who is down on their luck, we figure, well, see, I keep my nose clean. I cross all my T’s and dot all my I’s. I wash my dishes and make my bed. I’m a good citizen. I pay my taxes and mow my lawn. I don’t get any extra credit for that.

So, we’re not apt to give any credit – much less extra credit – to anyone who has been wasteful or wonton or fallen into what my mother used to call “fast living”, much less someone who does us wrong or harms us in any way.

Jesus is saying that because God and he are prodigal, so, too, should we be.

Jesus is saying that we should be absolutely prodigal – extravagant and lavishly wasteful – with forgiveness and acceptance and unconditional love.

I know. I know. Easier said than done. I heard someone say just the other day,

“Forgiveness is not a destination; it’s a path.”

Let me say that again: Forgiveness is not a destination; it’s a path.

This is the fourth Sunday in Lent. We’re halfway through the journey to Easter. This is called “Refreshment Sunday”. It is also called “Mothering Sunday” and “Laetare Sunday” – a day to rejoice in the mercy and forgiveness and unconditional love of God. 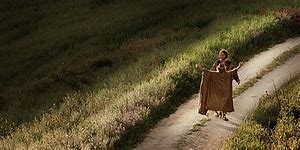 It is time for us, as with the ancient Israelites in the days of Joshua, to eat the produce of the land of Canaan.

It is time, as St. Paul told the early church in Corinth, to rejoice that “if anyone is in Christ, there is a new creation: everything old has passed away; see, everything has become new!”

We have, says St. Paul, been “entrusted with the message of reconciliation”.

If you haven’t started on the path of forgiveness – for yourself or someone else – there’s still time. There is still time to be prodigal – lavishly wasteful and extravagant – even with sinners.

Indeed, there’s still time to be prodigal even with younger brothers who, years ago, fell asleep under a picnic table and once were lost and now are found.