The Great Temptation of Being Human 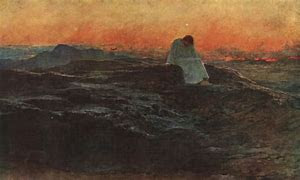 Lent I: Temptation in the Wilderness
March 10, 2019 - Christ Church, Milford


This is a sermon about Temptation.

That probably will not come as a surprise to you, given the Gospel story we just heard. Jesus is tempted in the wilderness.  But, at least at first, it’s not going to sound like a sermon on temptation.

I want to start by telling you a story of a woman I saw many years ago during a session of Lenten private confession. I’ll call her Cheryl. That’s not her name but I’ll never forget her.

She sat straight up in the chair, very proper and formal and, with an almost eerie calm said, “I came to see you because two days ago, my husband got angry with me and pushed me and I fell down the stairs. And, I want to know, do I have a right to have feelings about that?”

I was, of course, as stunned as you are. I asked her a few more questions and discovered that, when she was a child her mother gave her very conflicting information about emotions and life.

When she would say, “Mom, I’m hungry,” her mother would respond, “No you’re not. You’re just sleepy. Why don’t you take a nap?”

If she was feeling sad about something that happened in school or with her friends, her mother would say, “A smile is an umbrella on a rainy, rainy day.”

And, if she cried, of course it was not allowed. She heard, “Big girls don’t cry.”

Because she didn’t know much about herself, she had no confidence and therefore, no ability to make good choices for herself, including the man she married who was frustrated beyond reason being married to a woman who was incapable of making decisions and didn’t know who she was – except to be whatever other people wanted her to be. (Note: This in no way condones his violence.)

This is a sermon about Temptation.

I know you’re asking yourself, what is the temptation here? This is just a very sad story about a very sad woman.

Stay with me, now, as we look at the Three Temptations of Jesus in the wilderness and then look at The Great Temptation of Being Human.

Scholars have debated for centuries the meaning of the Temptation of Jesus. There are parallels to the Israelites’ time in the desert (40 years vs. 40 days. Forty, in Biblical numerology, is another way of saying “a long time”.

It’s important to remember that Jesus has just been baptized, an act which affirmed his divinity. The fact that he is tempted is also an affirmation of his full humanity.

And, here’s the point: To be tempted is to be human.

Yet all three of the things Jesus’ is tempted with have ends with great potential good — creating food to dispel hunger, gaining power, and proving the power of God.

From individuals to nations, we often make decisions that allow for evil (or even less-than-good) actions for what we believe is a greater eventual good.

Some call this “the end justifying the means” but it’s often much more subtle than that.

These temptations echo the ones faced by Eve in the Garden of Eden: it’s the apple instead of the bread; it’s the knowledge she would gain would provide an avenue of power, and it’s that she hoped to prove the power of God by using the gift of the fruit of the Tree of Knowledge.

I submit to you that the reason things ended differently for Eve in the Garden and Jesus in the Wilderness has to do with the Greatest Temptation faced by human beings; which takes us back to the story I told of the woman who didn’t know her emotions and didn’t know herself.

Jesus is very clear about his identity. He knows who he is. He knows why he is here on earth. Because of that clarity he is able to resist the temptation to use the gifts of food and his power as well as the power of God just to please and appease the Force of Evil.

In the Three Temptations of Jesus in the Wilderness we see The Great Temptation of Being Human – which is this:


The Great Temptation of Being Human is the temptation to deny our authentic selves and, instead, become what others expect of us, or think is best for us.

I have met so many people in my years as a priest whose lives are a misery because they were not being authentic and true to themselves. In the process of trying so hard to please others, they lost themselves. 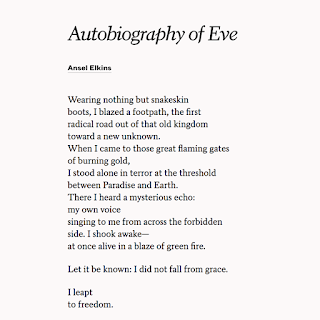 Bishop Michael’s story is about his first few months as rector of the church to which he had been called in the Midwest.

The church and rectory were built in a former cornfield. So, of course, the first winter in the rectory they were inundated with field mice which came in from the cold to find warmth and food in the rectory pantry.

Bishop Michael and his wife tried everything except poison. They used traps and, of course, prayer, but nothing seemed to work. The field mice seemed to outsmart them at every turn. Finally, a member of the congregation told them about a friend of hers who had a farm cat.

A farm cat!?! Bishop Michael’s wife was opened to the idea but he was most definitely not. He figured he had enough animals he didn’t plan for with the field mice. Besides which, this farm cat had apparently be the runt of the litter and had been picked on by its older siblings.

The catfights were so bad that the cat had not gotten to eat much and so was scrawny and skinny. He had lost an eye and patches of fur on his body and he was, understandably, very timid and shy.

Bishop Michael said that it was the poorest excuse for a cat he had ever seen. To make matters worse, the cat had the most un-cat like name he had ever heard:

Muffin. He called him "Muffin the Ugly Cat".

He could not imagine that Muffin the Ugly Cat would have what it would take to hunt and kill mice but he felt bad for the poor thing and grudgingly allowed him in.

His children fell immediately in love. They patted her and played with him and his cat toys for endless hours. Muffin slowly began to settle in and know that he was loved. He even gained weight and purred loudly when h “family” came home from school or work. 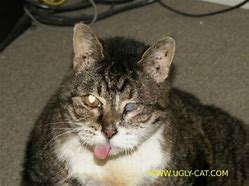 A few weeks after Muffin had come to stay, one night, in the middle of the night, Bishop Michael heard some noise in the kitchen. He decided he needed a glass of water and it wouldn’t be a bad thing to check and see what the field mice were up to.

It was Muffin, but it didn’t look anything like Muffin. He looked more like a Ninja warrior. There he was, back arched, muscles rippling, mouth twitching, eyes fixed on a field mouse on which he was prepared to pounce.

After a time of love and food and fun, he found out who he really was and, with that, he found that he could be what he was created to do; to use the skills and gifts God had given him to be who he is.

And, for months, every morning when the family came down to breakfast, there was Muffin, sitting in the midst of the battle field, purring loudly, surrounded by the dead bodies of field mice

This is a sermon about Temptation.

In the Three Temptations of Jesus in the Wilderness we see The Great Temptation of Being Human – which is the temptation to deny our authentic selves and, instead, become what others expect of us, or think is best for us.

As we enter the Season of Lent, I urge you to take this time to more thoroughly examine your own life. Here are some questions to take with you on this First Sunday in Lent, as we consider the Temptations of Jesus in the wilderness:

What if - what if - the deepest desires of our hearts were what God most deeply desires for us?

What have you not done that you feel drawn to do and feel frustrated or annoyed or ashamed or unworthy because you haven’t accomplished it?

Are you living your life or the life someone else determined for you?

What is God calling you to do?

What is God calling you to be? 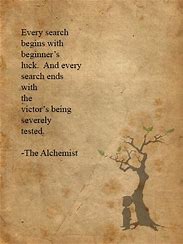 “When you want something, all the universe conspires in helping you achieve it.”

What would you do if you knew before you started that at the end of your journey, you would get exactly what you wanted? Would you be more willing to make the sacrifices necessary?

What would you do if you began the journey and suddenly, the end wasn’t as important as simply being on the journey? Would you continue?

In the introduction of The Alchemist, Coelho writes:


“If you believe yourself worthy of the thing you fought so hard to get, then you become an instrument of God, you help the Soul of the World, and you understand why you are here.”

I welcome you to a Holy Lent. May it be that, when we come to the end of this Lenten Journey, we are changed and transformed and will be more of what God is calling us to be, both as individuals as well as the Body of Christ known as Christ Church.