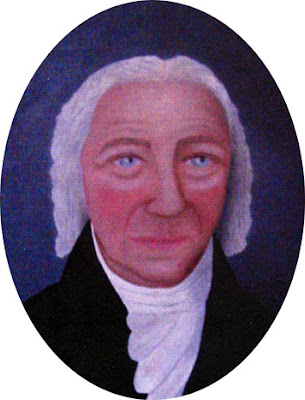 One of the joys of being at EDS is learning new ways to think about things - words, especially - that you always have always taken for granted.

I had a serendipitous lunch with Dean Ragsdale the other day, the way things often happen in refectories - now called "Brattle Cafe" (but not, thanks be to God, a 'cafeteria').

She happened to mention, in the off-handed way of casual conversations among old friends, that she's been thinking about the word 'parson', which she said, is derived from the word 'person.'

We went on to discuss the public nature of priesthood and all of the implications of that, but I found myself focused on this part of what she said.

"We often forget," she said, in that wise, wonderful way of hers, "that clergy are people first, before they were ordained. They are priests, yes, but they are people, too."

One of the wonderful resources I now have at my disposal is online access to the Oxford English Dictionary.

So, I looked up the word. Of course.

And, of course, she was right.

Here's what I found, in part:

The ecclesiastical use of Latin persōna does not appear before the 11th cent; for a British (Scottish)

It appears that a person who was a parson was sometimes referred to as such as a pejorative term. Someone who thought he (sic) was 'above' being a mere human.

Now a person who is a parson who is in charge of a parish is often called a "rector" - "ruler", from the Latin regere and rector meaning "teacher" in Latin. In the Church of England, the rector is the Third Person of the parochial trinity, the Cruate and the Vicar being the other two.

Believe it or not 'rector' is also a nautical term. It can mean the number of miles a ship has sailed east or west. A 'rector' is also part of the rudder of ancient boats. It is not that which directs the ship but assists the rudder in determining the course of the boat.

Given the hull shape of the ceilings of most churches, it's a wonderful image. I'm told that this is one of the many theological statements made by ecclesiastical architecture.

For example, the space at the (liturgical) east end of the sanctuary, before the apse which contains the altar, is intentionally in a cruciform shape.

The apse intentionally faces east, reminding us from whence the sun/Son rises.

The particular pitch of the church ceiling is designed to remind us of Noah's Ark, now turned upside down, in which we make our spiritual home, secure in the promise of the rainbow that God will never destroy the face of the earth.

This is why we call the inside of the church a "sancturay". It's not just a holy place. It's holy, in part, because it offers shelter and security to all God's people.

I remembered something someone on my very first field education placement said to me, as part of my evaluation. He said, "Remember, in ordination, you are 'set apart' for service. Never forget, however, that you are still 'a part' of the whole people of God."

I think, when clergy forget that, well, we deserve being called 'parson' as a pejorative term. When we remember that we are 'a part of the whole' - a small bit of the rudder designed to help steer the boat - we become 'parsons' who have been set apart for a particular purpose, working together to bring us all closer, in the journey on the Baptismal waters of our faith, to the Realm of God.

I was thinking about that and connecting it to something Dr. Cheng mentioned in the class on Contemporary Christologies. He was talking about the four points of tension in answering the question Jesus asked Peter, "Who do people say that I am?".

The first is the tension between the person - or ontology - of Jesus and the works - or function of Jesus. Do we define him only by what he is reported to have done, or the person we know him to be?

So person vs. works. Ontonlogy vs. Function.

So, Mystery vs. History. Divine vs. Human.

Dr. Cheng pointed out that if we focus too much on one thing, we miss the fullness of Jesus. It's not either/or, but both/and, he said, in good Anglican fashion.

I think we miss the fullness of what it means to be clergy - an 'alter Christus' - when we focus too much on the status of ordination vs. the status of being a person.

Which, I think, was Dean Ragsdale's point.

Parson. I'm liking the sound of that word more and more.

It has a lovely non-gender-specific quality about it that makes it even more appealing to my sense of egalitarianism.

Okay, so it's not going to take off immediately and be the next red hot thing in The Episcopal Church. Given time, however, I think it just might catch on.

It's an admittedly archaic term that has a lovely quaintness to it - just quirky enough for a branch of Christianity already known for its penchant for quirky works like "refectory", "narthex", "apse" and "undercroft".

A parson is a person who is set apart for particular service in the church, but still part of the whole people of God.

Have I mentioned lately how much I love being here at EDS?
Posted by Elizabeth Kaeton at 10:55 AM

..Yes it does have a lovely non-gender-specific quality that to Me-speaks-personal equality!