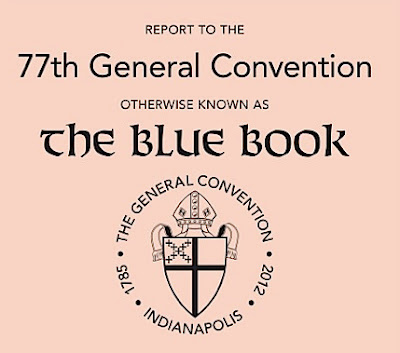 Following legislation through General Convention can be a daunting task.  Many times, it really is like watching paint dry (or, grass grow, or sausage being made - pick the metaphor of your choice), but if you blink, you could miss something - an amendment that refers something back to one House, the amendment of which gets amended and bounced back again.

It's tough to be a General Convention Geek but somebody's gotta do it.

I'm still tracking a few resolutions, some of which were combined with other resolutions and took on a different number, but so far, these are the ones I'm sure of.  You can find them here. 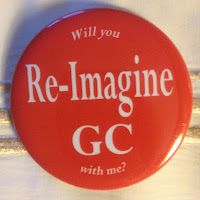 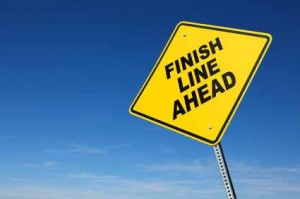 That, of course, is just the legislation. It does not include all the other activities of General Convention - like The Caucus Breakfast, the Integrity Eucharist, the Lament of the Doctrine of Discovery, the ACTS 8 "Dream Sessions", the TransEpiscopal Eucharist, the Provincial Dinners, the Seminary Receptions, The Episcopal Church Women activities, the various legislative committee meetings and hearings, and the impromptu caucuses that were held by various dioceses and/or groups present and, oh yes, the Booths.

Oh, and the two "extra-curricula" baptisms that took place - one outside the fountain between the Hyatt and the Westin on July 7th and one during the TransEpiscopal Eucharist on July 10th.

The Executive Council will keep a watchful eye over many of these resolutions - especially the Budget - until we gather again in 2015 in Salt Lake City, Utah for the 78th General Convention.

You don't have to be crazy to be an Episcopalian, but it does help.
Posted by Elizabeth Kaeton at 2:43 PM

Ah,what a relief ... I always thought being crazy was required.
And dear Elizabeth - we haven't met, but only read one of your homilies delivered at St.John's Bowdoin St. (wild air, it was) and sent you a poem in thanks for your words ... may have to write an epic in thanks for your blog.

Elizabeth+, thank you SO much for this summary.

We are discussing GC at the Adult Forum this Sunday...thanks to you, I have my proverbial ducks in a row...blessings to you and yours.

Do you know what happened with Resolution A073 - Mission Interprise Zones? (the whole story, I mean, not just the vote)

Hi, Marthe - Thank you. I do remember the poem and that sermon. I look forward to meeting you one day.

Many thanks, Elizabeth. Like Catherine, I'm prepping for a discussion of GC as part of our Adult Forum on Sunday. Your list provides a great starting point for showing how much work y'all got done in between all those "lavish parties."