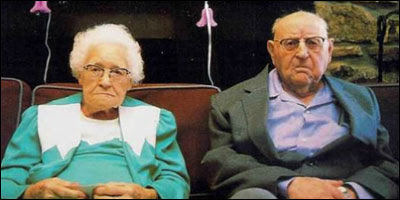 I love this part of General Convention.

You know. The time before it actually begins.

I've met so many people I haven't seen in years. Well, three to be exact. And then there all my dear friends from Facebook and this blog - most of whom I've never met face to face.

I've had some wonderful reunions with some wonderful friends from all 'round the church. Just catching up on kids and spouses and work stuff, is all. Gettin' the lay of the land - "Have you discovered the local CVS?" "Where can I get a decent burger?". Like that.

I had a great - albeit all-too-brief - meeting with the Sisters of St. Helena - Ellen, Ann, Miriam and ES are here - and they all look great.

ES reported that her brother says that there really are only four stages in the life cycle. Infancy. Childhood. Adult and "Gee, you look great!".

I can't count the number of times someone has said that to me - or, come to think of it, how often I've said that to others.

As ES pointed out, you don't hear anyone say that to people in their 30s or 40s. I certainly haven't said that to anyone in that age category. But, they say it to me. All. The. Time.

So, you'll excuse me when I giggle at the 30-somethings when they complain that they are exhausted already or see them sitting down on a bench in one of the long, long, looooong hallways in the Convention Center, fanning themselves and catching a breath.

I breeze right by them, still a bounce in my step and a smile on my face, giving them an enthusiastic wave and a little-louder-than-normal 'Hello' and continue on my journey.

"Gee, you look great!" someone will call after me.

"Thank you," I've learned to respond.

If they only knew. But, I'm not going to tell them. No one told me. Actually, I think it's better that way. No one gave me the real skinny about parenting. Or, priesthood, for that matter. You learn.

I've done all my chores for the day. Press credentials done. Booth all set up. Starting to collect various buttons and stickers from various causes and candidates.

I'm about to jump in the shower and get ready for the Integrity Reception at 5, followed by the UBE reception and dinner at 6, followed by a meeting of the Steering Committee of The Consultation at 9.

The Caucus Legislative Committee is meeting in my suite tomorrow morning at 7 AM so I've got to be up at 5 to get some time in at the gym and then dressed and ready for the team to arrive. Legislative Committee meetings are at 8 and there's a press briefing at 9 AM, followed by PB&F (Program, Budget and Finance) meeting, ominously entitled "Priorities" from 12:30-1:30.

The first Session of General Convention is from 2-2:45, followed by orientation of bishops and deputies and legislative Committee meetings from 5-7.

The evening ends with Integrity's screening, from 7:30 - 9 PM - of "Out of the Box" - a documentary about TransEpiscopal men and women in our church.

It may be the 4th of July everywhere else, but here, it's all that AND the whirlwind-legislative session-festival of booths-big phat family reunion known as General Convention.

All I can say to the 77th General Convention of The Episcopal Church is, "Hey, you look great!"
Posted by Elizabeth Kaeton at 3:48 PM

Elizabeth, at my advanced age, which is far beyond your mere youth (to me), I take, "Hey, you look great!" to mean "Hey, you're still alive!" Just saying. :-)

I know, Mimi. Which is why this is going to be my last GC. I don't want to be here when someone says, "Hey, you look great" and really mean, "Hey, you mean you're still alive!"

Someone said "you look great" to me this afternoon. Must be something in the water. Or, perhaps it really is a tribute to those of us who are part of the Greatest Generation!

(giggling too!) Praying for ya.

But you do look great!

When they say it to me, I take it to mean, "I would lie to my own mother."

Whiteycat - I've also heard "You okay?" "You alright?" with great pastoral concern. I've said, "Yeah, I think so." And, I also heard myself say, "Yeah, I'm great". And then, fell out laughing at myself.

Thanks, Margaret and Theo. Mark - I couldn't agree more.