Three Women and a Virus

This is a sermon about the hiddenness of God.

On this third Sunday in Lent, and, because it’s Women’s History Month, I want to talk about how God is often hidden in plain view. I want to do that by talking about three strong, intelligent, feisty, brave women and how they help us discern where God may be in the midst of this coronavirus – COVID-19 – pandemic.

I’ll start with Queen Esther because our Jewish friends just celebrated the festival known as Purim this past Monday and Tuesday. Ester had many of the qualities of a princess in a fairy tale: she was an orphan, she was beautiful, she was loved by everyone who met her, and she won the King’s favor.

Scripture doesn’t say she has bluebirds flying about, chirping while she sings, like Cinderella, but you could almost write them in.

Esther won her position as queen at the expense of another woman. In this case, it was Queen Vashti, who lost her crown because her drunken husband, the King, demanded that she parade naked in front of him and his inebriated friends, wearing only her crown. Vashti refused, preserving her honor and decency but losing her status and position.

However, in doing so, she set the stage for Esther to become Queen. As such, Ester used her beauty and privilege as vehicles of the salvation of the Jewish people in the ancient Persian Empire from Haman’s plot “to destroy, kill and annihilate all the Jews, young and old, infants and women, in a single day.”

The big question in the Bookof Esther is “Where is God?” However, God is not mentioned even once throughout the entire book but it is not hard to infer that God is there, hiding in ever turn of events, every unfolding of coincidence, every complicated character. Indeed, Ester’s cousin Mordecai convinces her to approach the King to save her people by saying that she may have been chosen queen, “for such a time as this”.

Esther bravely approaches the king, even though to do so defies the King’s command that anyone who does so will suffer death by execution. She tells him of her heritage and of Haman’s plot to kill all the Jews. In so doing, she saves them all. The hiddenness of God appears in her cleverness in arranging an opportunity to approach the king as well as in her self-sacrificial bravery to take a stand against injustice.

Oh, to be sure, her story is a complex and complicated one. Haman, the villain in the story, begs Esther for forgiveness, but she does not protest his death sentence. By the end of the book, not only Haman and his sons but 75,000 people have died. It might be asked, where was God for them?

The story of Esther illustrates that while God is hidden in the complicated events and characters of our lives, they do not come with labels telling us what God is up to. It is for us to discern if God has placed certain people and/or events in our lives “for such a time as this”.

The second woman feisty woman who has lessons to teach us about the hiddenness of God is the Samaritan Womanin today’s Gospel lesson.

Like many women in scripture, she doesn’t have a name. Well, for goodness sake, even the virus has a name, so I’ve decided to give her a “working” name (Note: which is different than the name the Church Fathers have given her: St. Photini).

I’m going to call her Shamash. It means “attendant” in Hebrew. Shamash is the 9th candle on the Menorah, and it is used to light the other candles. As the first woman evangelist, I thought that a good name for her. Whatever her real earthly name was, I hope she approves of at least my intention. 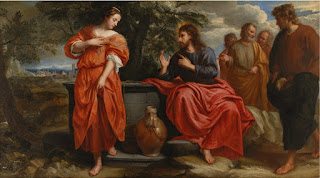 I think this story of Shamash, the Samaritan Woman at Jacob’s well, is probably one of my favorites. I absolutely love her sass and attitude. We get a hint of her social status in the community because we are told that it is noon when she comes to the well to fetch some water. Why does she come out in the heat of the day when I’m sure the rest of the women in the village come out in the early morning hours, when it is cool?

I’m guessing she comes out at noon precisely because she knows the other women will not be there. Instead, she runs into Jesus, who is waiting at the well for his disciples to return with some food.

Jesus asks her for water. Shamash is astonished because Jews didn’t talk with Samaritans who were considered lesser creatures of the Jewish nation. Among other offenses, they practiced interracial marriage and so were considered “impure”. Even so, Jesus engages her saying, if you knew to whom you were speaking, I wouldn’t just give you water, I’d give you living water.

Ha! You can almost hear her laugh right in his face. Ha! You can almost hear her saying, “What are you talking about, man? You ain’t even got a bucket! And, this is a very deep well! Where are you going to get this so-called ‘living water’?” And then, Jesus tells her of the spiritual water he provides which nourishes the thirsty soul. Shamash is so astonished, she is completely taken in.

The story of Shamash, the woman at Jacob’s well, is one of many stories where women discover the hiddenness of God deep in the stories of their own lives. God is hidden behind social stereotypes and societal judgments. God is hidden behind racial prejudice and religious intolerance. God is waiting there, not only to give living water to those who have long suffered exclusion and isolation and oppression but to change hearts and minds and lives.

The third woman I want to lift up is Bishop Barbara Harris who was the first woman and the first African American woman to be elected bishop in the Episcopal Church and the Anglican Communion. You may have heard that Bishop Harris died a few days ago. She was 89 years old.

If you hadn’t heard about her death, I’m so very sorry to be the bearer of such sad news.

She was a tiny woman in stature but she was a Giant of Justice. If you’ve ever heard Bishop Barbara preach or speak, you’ll not be at all surprised when I quote some of the things she’s said or written. Let’s just say that I don’t have either the confidence or the courage to speak like that from the pulpit. But, since I’m not at a pulpit this morning, I’m going to quote her without shame or guilt or guile.

Some of you may not know that Integrity is an organization of LGBTQ+ people and their families and friends who are Episcopalian. The Triennial Integrity Eucharist at General Convention has become so popular that it attracts thousands of people. Bishop Barbara was a popular preacher.

The first time I heard her preach, she told LGBTQ+ people, in that notoriously unrepentant smoker’s gravely voice, with hints of stern older sister and notes of Black Girl Magic, that we were baptized, tithing members of the church, saying,

“The Church is willing to use your time, talent and tithe, but not your humanity... They don't want you to leave, or they'll have no one else to beat up on... We must choose our battleground, and it isn't in a confused church."

At the last Integrity Eucharist, she asked the thousands of people who had gathered this about their baptism, “How can you initiate someone and then treat them like they’re half-assed baptized?”

In these days of a national emergency, it’s hard to see God. Indeed, I’ve heard some cry out like the Israelites at Massah and Meribah in this morning’s reading from Exodus, who said, “Is the Lord among us or not?”

I’ve heard others talk about the empty shelves at the grocery store, but it wasn’t until I saw them in my own neighborhood store that I realized just how terrified people are.

Panic-buying, it’s called. The psychologists tell us that hoarding food and paper products gives us a sense of power over things we can’t control. And, if God has, in fact, abandoned us, well, at least we’ll have food and drink.

I believe God is hidden now in the same way God was hidden right in the plain sight of Shamash, the Samaritan Woman who met Jesus at Jacob’s well in the heat of the noon of the day and told her he had living water for her, even though he didn’t even have a proper bucket.

I believe God is hidden now in our need to scapegoat and blame others in the same way God was in what some others perceived as the human otherness of gender and color in Barbara Clementine Harris. 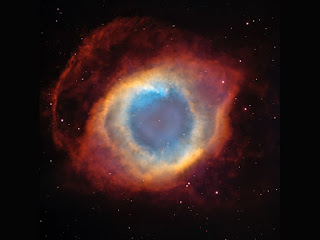 I believe that God is calling us into the midst of this epidemic to seek and serve all the various ways God is hidden among us, calling out to us to be the vehicles of justice, to be bearers of truth, and disturbers of the peace of the world so that we might know the peace of God.

The hiddenness of God can be seen with the eyes of those who seek God in places and in people and in situations we least expect to find God.

I believe we are all called, like Esther, “for such a time as this,” and like Shamash, to tell others about Living Water, and like Barbara, to speak truth to power.

PASTORAL TOUCHSTONES IN THE MIDST OF A PANDEMIC

·       Call and check-in with each other, especially if someone is unwell.

·       Be mindful of those of us on fixed incomes or an hourly wage who may experience a disruption in income if they become ill.

·       Begin to consider creative alternatives should gathering for worship become impossible for a time or to enable at-risk parishioners to join for worship together from home. Examples include Facebook LIVE, Zoom and Google Hangouts.

·       For at-risk parishioners who are not able to join us, gather links to the webpages of congregations in our diocese and beyond that already live-stream worship services.

·       Remember that the most common phrase in both Hebrew and Christian Scripture is “Be not afraid.” Fear is a very human response in challenging times but fear never improved or cured any illness or stopped an epidemic. The old saying seems trite but it was nevermore true: When your knees are knocking, kneel on them.

God of the present moment,
God who in Jesus stills the storm
and soothes the frantic heart;
bring hope and courage to us
as we wait in uncertainty.
Bring hope that you will make us the equal
of whatever lies ahead.
Bring us courage to endure what cannot be avoided,
for your will is health and wholeness;
you are God, and we need you.
Amen.

Link to Diocese of Delaware page dedicated to COVID-19 Information.