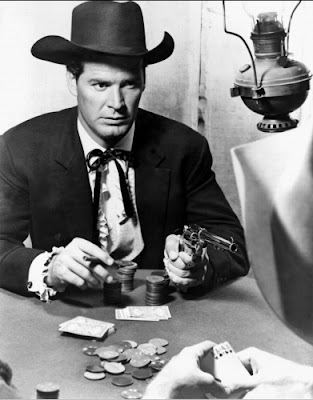 This brilliant little gem was written by my dear friend, Lane Denson III, who writes a daily e-column entitled "Out of Nowhere," which, Lane says, is "an occasional piece, intentionally daily, but not likely. On Fridays, it picks up a theme from the coming Sunday’s propers. Be free to use it as you will. Attribution would be nice. Copyright © 2003-2008 Lane Denson III."

Ranchers usually brand their range animals. For whatever other reasons, the brands prove a useful way to avoid livestock identity theft. (Aside: Books about brands also make popular collector's items.)

John Ciardi's "A Browser's Dictionary" confirms that Samuel Maverick was a 19th-century Texas cattleman who refused to brand his cows, said it was too cruel. As it was, unbranded animals on an open range belonged to first come, first served. Intended so or not, any unbranded cows came to be thought of as Maverick's, and subsequently just mavericks.

It didn't take long for the word to enter everyday parlance as applied to an unorthodox person who for whatever reason leaves his metaphoric herd to go his own way. Any originality claimed for the word today is, of course, way out of date. The range story was well into the lore when I was growing up in Texas a while back.

Coupled with it, there has always been an air of malfeasance and arrogance if not an ambiance of sheer illegality. Mavericks, the people type, were hardly the kind of folk anyone would choose as leaders, especially of the very herd whose welfare they'd once enjoyed and now spent for their own exclusive benefit.
Posted by Elizabeth Kaeton at 4:22 PM