Disbursing the Cloud of B033: A message from Susan Russell, President of IntegrityUSA 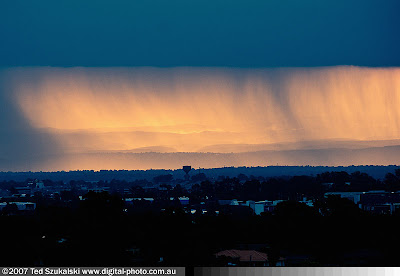 "The courage to pursue it and the grace to accomplish it"

As we move toward General Convention 2009 and look beyond to the mission and ministry we have the capacity to accomplish in the Episcopal Church, it becomes increasingly clear that undoing the damage done by B033 is a primary objective.

This discriminatory resolution—passed in an emotional vortex under the shadow of the threats to exclude American bishops from the 2008 Lambeth Conference—continues to have a chilling effect.

Its influence is much wider than those dioceses seeking new episcopal leadership and those LGBT baptized who are called to the episcopate.

It is a dark cloud hanging over all aspects of our mission and ministry as it focuses our attention on excluding a percentage of the baptized from a percentage of the sacraments rather than calling ALL members of the Body of Christ fully into the work and witness of the Gospel.

It is time for it to go. There are many strong leaders working long and hard to make that happen and—in the end—I am confident that we will move beyond B033 in Anaheim. But it won’t happen unless we make it happen.

Our challenge in 2009 is less about organized resistance and more about generalized anxiety. And the tipping point—I am convinced—will be persuading bishops who want to do the right thing but are afraid to do it now, to move out of what Henri Nouwen called “the house of fear” and into the house of love—and inclusion.

Here’s a page out of the history books to make my point. It is the story of Franklin Delano Roosevelt’s meeting with 1930’s labor and civil rights leader A. Philip Randolph—a meeting where Randolph spoke eloquently about his thoughts and dreams for the end of discrimination and the full inclusion of ALL Americans into their rights and responsibilities as American citizens.

At the end of it Roosevelt said to him, "You know, Mr. Randolph, I've heard everything you've said tonight, and I couldn't agree with you more. And as President of the United States I do have the capacity to be able to right many of these wrongs and to use my power and the bully pulpit."

Roosevelt concluded, "But there is one thing I would ask of you, Mr. Randolph, and that is that you go out and make me do it."

Our job is to go to Anaheim and make our bishops do what they know they need to do—and that work starts NOW. Many of our bishops “couldn’t agree with us more” — and what they are waiting for is for us to go out and make them do it.

They are waiting for the groundswell of advocacy they cannot ignore from their diocese telling them the cost of justice delayed is too high to pay—that the mission and ministry of this church is too important to continue to be held hostage by the bias and bigotry of those who would exclude the LGBT baptized from the full and equal claim the church has been promising them since 1976.

It starts by talking not just to your bishop but to your deputies. It starts by getting your friends and allies to do the same. It starts by building a broad ranging coalition of folks across this church who will make their voices heard and give their bishops what they need to do the right thing. Watch the “Marching to Anaheim” video here. Give to the Anaheim Appeal here. Talk to your bishops and deputies.

And most of all, pray for the renewal and mission of the Episcopal Church.

Teach us in all things to seek first God's honor and glory. Guide us to perceive what is right, and grant us both the courage to pursue it and the grace to accomplish it; through Jesus Christ our Lord. Amen.
Posted by Elizabeth Kaeton at 4:15 PM

In her podcast, the PB said she did not want to consider repealing B033 but wanted something 'positive.' I wonder how about a simple resolution:

Resolved that GC'06 resolution B033 is heresy.

That should do it. And it is even concise and provides clarity.