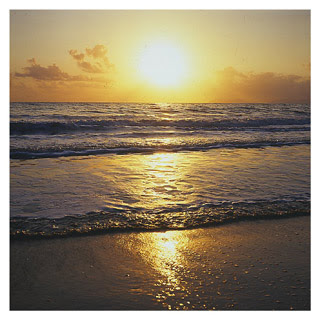 Just before I woke up this morning I heard my mother’s voice. She was telling one of her favorite stories about me. I don’t remember it but she did. Apparently, in my semi-dream, she still does.

The story goes that the summer before I was to start my first day of school in the first grade, I was so excited it was all I talked about all summer long. I had to pick out a special “outfit” which my mother put on layaway at Arlan’s Department Store. I had a pair of blue – not, brown, not black, blue – Mary Jane Shoes. I had white anklet socks which my grandmother hand-trimmed with white lace. I even had the breakfast I wanted picked out for the morning, just to start the day off right.

My mother’s story has even more detail than that but the bottom line is that my first day of school was a great success. From all reports, I loved it – even the walk to and from school which was approximately a mile each way. I came home for lunch, gobbled it down and went straight back to school, skipping along the way. 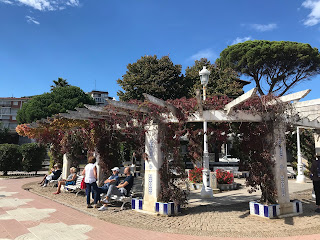 The next morning, my mother reports she woke me up for the second day of school. “Get up, Elizabeth,” she called. “Time to get ready for school!”

“School?” moaned I as I rolled over, “I already went to school yesterday.”

It was just about that time that I felt the first wave of queasiness in my stomach. “C’mon, get up!” I heard my mother’s voice say, “You have to go to school.”

I opened my eyes and thought, Right! It’s the second day of The Camino. Of course my subconscious brought up that story. But, boy, it sure felt like my mother was right here in the room with me in Bilbao.

Another roll of queasiness hit my stomach as I made my way into the shower. I chalked it up to anxiety about trying to walk up another hill.

I had a lovely breakfast out on the 7th floor Terrace of the hotel in Bilbao, which overlooked the roof of the Guggenheim Museum across the street. We gathered in the hotel lobby for our orientation session and body warm-up, stretching exercises.

Today’s walk was a total of 9 km (a little less than 6 miles) through the beautiful towns of Otanes, Santullan, and Samano and ended in the Northern Seaport town of Castro Urdiales, on the Bay of Biscay.

There were three checkpoints along the way. The first segment was a gentle walk of a little over a mile through bucolic farmland. Cows and bulls with bells round their necks roamed the hillside without any visible fences – which made a few of us a bit nervous. Dogs barked behind fences as we approached. The last roses of the season were making their appearance along the road even as the leaves were beginning to turn color.

I’m not sure but I think it was the smell of manure that rolled my stomach the first time. I felt queasy and slightly nauseous, so I stopped to rest my body against a wall and take a sip of water.

That’s when it hit: Neptune’s Revenge.

I had thought twice about eating the ensalada with pickled stingray last night. I mean, are we really supposed to eat stingray? Is that why it is pickled?

I made it the rest of the way to the checkpoint but there was this really nasty hill waiting for me. The only reason I made it up that hill was sheer determination which was steeled by the sight of our transport/medical van.

I sat down on the bench at the bus station and broke out in a cold sweat. The next thing I knew, Jose, our driver, was walking me over to the van, clearing out a place for me to lie down in the back, instructing me to lift my feet, putting a cold compress on my forehead and fanning my face while saying, in Spanish, “Just breathe. Relax. You’ll be okay.”

And, I was. Of course. Just a little drama for the day. I was given AQUA-rius – the Spanish version of Gatorade to sip – and lots of TLC. Nunzio, our guide, said that AQUA-rius is “a miracle”. I said, well, maybe so, but the kindness and compassion in Jose’s eyes healed me completely.

Seriously. He was so concerned and so loving, it brings me to tears just remembering the look on his face or the gentle way he squeezed my hand when he came to check on me.

I stayed in the van with Jose and two other pelegrinos whose bodies were sore. We drove to the next checkpoint, skipping the two-mile walk in the middle. After a bit, I was able to walk across the street to a grocery store – right next to the MacDonald’s (no joke) –where I used the bathroom and bought a ginger ale.

As my fellow peregrinos returned from the second segment of their walk, I felt strong enough to join them. Off we went for the 2 mile walk into the charming seaside town of Castro Urdiales, making our way around the glorious vistas of the Biscayne Bay.

It simply took my breath away and began to heal my spirit and allow it to soar again.

Most of my fellow peregrinos decided to have lunch at a very popular seafood restaurant. I decided to pass. Instead, I had a very simple lunch of a potato onion frittata and a small glass of white wine. It was absolutely perfect.

I passed on the chance to tour the Altamira Caves and came directly to our hotel in Santillana del Mar. It is known as “the city of three lies” since there is neither a saint (Santo) nor flat (llana) and has no sea (Mar). However, the town’s name comes from Santa Juliana (or, Santa Illana), whose remains are reportedly buried at Colegiata a former Benedictine monastery and now a church here in town.

The town has cobblestone streets and all the buildings are made of stone. Only residents are allowed to drive in the town. Everyone else must walk.

It’s very quaint and lovely and pristine but I wonder what it must be like to actually live here, among the relics of saints, and all this stone. And, all these tourists.

I decided to go to dinner and ate a light but luscious meal. I’m feeling ever so much better. Tomorrow will be a bigger push: 12.4 km (7.7 miles).

I don’t think my mother will return to get me out of bed. After all, it will be my third day of walking The Camino.

Her work is done. Now she can go back to her rest.

On my second day of school, I became a life-long lover of learning and a perpetual student.

Today, I took care of myself and discovered my deepest calling.

I will learn how to become a life-long lover of Camino and a perpetual peregrina.

It is such a blessing that you are making this journey with me. Thank you.