The Witch of Endor

So, it's Halloween and I HAVE to say something about The Witch of Endor. Her story can be found in 1 Samuel 28:3-25. Check it out. There's actually a service in the Episcopal Book of Occasional Services for All Hallow's Eve and some parishes actually use it. I know I did whether in a parish or doing campus ministry setting. I used it today - well, an abbreviated, customized version - for my Hospice staff.
It's a curious story about Saul's visit to a woman who was blessed with a gift of extrasensory perception. Today we might call her a "medium" or a "seer". But she is known in scripture as "The Witch of Endor".
Like all gifted women, when their gifts are feared or envied, they become "evil" and outlawed. You know, sort of the way that rich Republican politicians think abortion is evil and ought to be outlawed - until their girlfriend becomes pregnant and then it's a blessing.
Samuel had died and Saul had outlawed all mediums under penalty of death. Saul was getting ready to do battle with the Philistines, but when he got a look at their troops, he was seized by fear and absolutely scared to death!
So, he prayed but God did not answer his prayers, not by dreams or prophets. So, what was a King to do? He broke his own law and ordered his men to find someone who could provide him with a seance. His men said, "There's a witch in Endor" - and the rest, as they say, was history. Or, scripture.
Saul, brave man, disguised himself and went under cover of night to Endor and ordered the woman, "Call up the person I name." But, the woman said, "This is a trap! No way!" 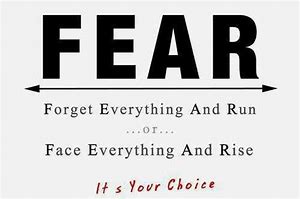 Saul assures her that no harm would come to her and when the woman agrees, he says, "Call up Samuel." With that, she recognizes him, "You are Saul!"
Samuel's spirit is aroused from the dead and he is none too happy to be disturbed. Samuel tells Saul that God has turned his back on him because of his disobedience and that God is now on the side of the Philistines. He tells him that it won't be long before Saul and his sons join him.
Saul falls to the ground weak - he hadn't eaten for a while - and overcome with fear. It is then that the woman feels great compassion for Saul and does a remarkable thing.
She who had been in fear for using her gifts under penalty of death recognizes the fear in Saul and is moved to an act of unspeakable generosity. She takes a grain-fed calf - probably meant to feed her for a few months - and slaughters it, feeding Saul and his men. She also bakes some flatbread and serves it to them as well.
Here are a few snippets of what Sam Portero writes in "Brightest and Best":

Halloween affords us a time to snicker at death, to race through the graveyards with our friends, to dress up in disguise as though the ruse might fool the grim reaper and protect us for yet another year. But we need not run from the fear or disguise it with costumes or ritualize it away in parties and laughter; it was that fear that drove Saul in desperation to find the Witch.

There was more for Saul at Endor than a vision; there was care. That is the greater surpise, the surprising turn at the end. For Saul, whom the woman had feared for his power, was reduced by his fear to one in need.

It says that when she saw that Saul was terrified, this woman - this "witch" - was moved to minister to him. She urged him to rest and to take food. She prepared him a meal and gave him what he need most, which was care. 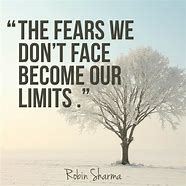 The good news of the story is that fear does not remove us from the reach of God. Fear may be the point of vulnerability through which God actually reaches and touches us.

In our very arrogant and confident generation, fear may be one of the few places remaining through which the light and the love of God may shine. It has already made many of us more careful; it may yet mak us more (faithful).

Whistling as we walk past the graveyard will in no way exempt us from the eventuality of one day residing there. Dressing for success cannot protect us from the failures to which we are prey. Smiling cannot avert the genuine pain that comes from contemplating our own certain end in the face of our friends or in the bathroom mirror.

It may do us much good to face into the fear: Saul did and found there the face of God."

Happy All Hallows Eve!
Posted by Elizabeth Kaeton at 8:23 PM