Jesus At The Movies 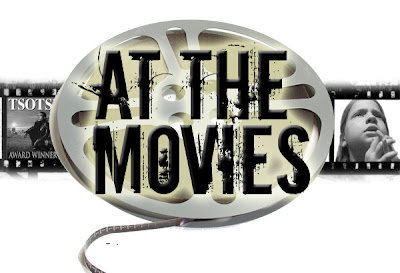 My congregation and I have stumbled onto what other churches have no doubt already discovered: Christian Education at the movies.

We have been doing this for a few years now, and it is a great way to build community while having an opportunity to discuss Christian themes, spirituality and ethics in a postmodern, secular, confusing world which is hungry for community and meaning.

If you're in the neighborhood, stop by. We'd love to see you!

The Episcopal Church of St. Paul is pleased to present
The Spring Series of “Jesus At The Movies"
This season’s theme is “Family Trouble”. We’ll look at three films and discuss the complex, funny, and sometimes tragic but always compelling nature of families. The film is always shown on Friday evening . Discussion follows on Saturday morning in the Moore Conference Room. RSVP (so we can make enough popcorn).

Prep-schooler Tobey Maguire returns home one winter weekend and finds his family on the verge of imploding. His father (Kevin Kline) tries to douse his unhappiness with booze and infidelity while his mother (Joan Allen) searches for answers in self-help books. The experimentation and permissiveness that defined the times lead to ruin as the family's surroundings literally turn to ice during a freakish storm.
Starring: Kevin Kline, Joan Allen Director: Ang Lee

Dustin Hoffman (in his first major film role) turns in a landmark performance as a naïve young man recently graduated from college who is seduced by a middle-aged neighbor (Anne Bancroft). He, in turn, falls in love with her daughter (Katharine Ross). Mike Nichols won a Best Director Oscar, and Simon and Garfunkel achieved immortality with a score that includes "Mrs. Robinson."
Starring: Anne Bancroft, Dustin Hoffman Director: Mike Nichols

Come! Grow! Celebrate!
Posted by Elizabeth Kaeton at 8:01 AM

Yup, Elizabeth -- a movie, a light meal, a conversation and prayer -- our parish has found it a great way to spend an evening. We did this during Advent, and again just finished our Lenten series, which included To Kill a Mockingbird, Dead Man Walking (talk about redemption and love!), and this past weekend, Wit. (Prepare LOTS of tissues!) We'll do this sort of fellowship-with-substance again.

The documentary "For the Bible tells me so" is out on DVD this week. Those featured & interviewed include Gene Robinson.