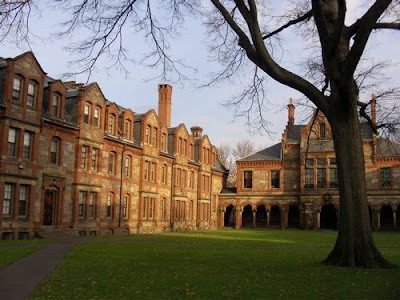 I found this over at Home Brewed Christianity, along with some other really great articles, including this one in which LeRon Shults, of the Emerging Church movement asks the question, “Should affluent white men be ordained?”.

Or, this one by Deacon Hall: "Defining the Secular: A Public Voice for the Church in a Post-Christian Century." That piece had its inspiration from this quote from Rep. Rangel (NY): “I am surprised our churches, synagogues, and mosques are not speaking for our poor and those working without health care.”

I've appended below a brilliant farce by Tripp Fuller which feeds into all of the stereotypes the Radical Right Fringe Fundamentalist Evangelicals ('Fundgelicals') has of Liberals (and Progressives).

Of course, the thing about stereotypes is that there is a kernel of truth in there somewhere which gets exaggerated to a ridiculous degree.

The exaggeration of that kernel of truth is simultaneously infuriating (because some people will believe the kernel of truth as the whole truth and use it in harmful ways) and hysterically funny (if you don't take yourself - or the ridiculous exaggeration passing as truth too seriously).

See what I mean about stereotypes?

Anyway, this satire made me laugh right out loud - so, please put down any liquid before you begin to read this or you may damage your computer screen.

Oh, and check your tickle bone to make sure it's in good working order.


Institutions of Past Indoctrination and / or Liberation

Degree: Yes / Not a meaningful concept.


Ever suspended, dismissed, or arrested? Yes / hell yes / not yet

List all other schools through which you passed on your pilgrimage to your true self:


Perceived experiences of what some term “work”:

What did you do?

Who paid the bills?

How did this make the world a better place?

How did you grow as a person?

Please provide a journal or other artistic expression of your engagement in the world.

My ancestors were oppressed by Europeans by

Did you violate any of the arbitrary norms of bourgeois society and experience confinement? Are you likely to? Are you sure? Will you be cool dealing folks who aren’t like you? Do the authorities have records of your perceived misdeeds?

Please provide us with the names of people who will write a letter telling us how wonderful you are – even though we all know it’s propaganda.

Will you be willing to attend most classes and do some of the reading? _________

How did you hear about our community of seekers?

I certify that all the information provided on this application, any attached paperwork, and the attached essays are accurate and truthful even though we all know that truth is a relative term that supports the entrenched power of elite institutions and contributes to the oppression of peoples everywhere.

thanks for the link love.

It's a brilliant piece, Tripp and a GREAT blog. I'm so glad I stumbled onto it. I've become a huge fan.

Thanks for a great laugh to jump start the day.

This is even funnier since I'm in the process of completing my own application to a fairly liberal seminary! Enjoyed it thoroughly. Thanks for the chuckle.