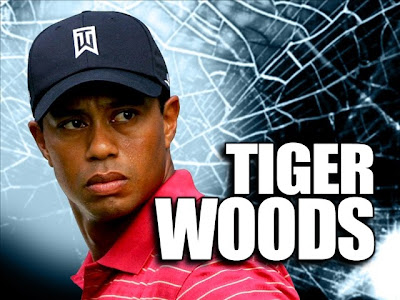 Anybody here tired of hearing about The Tiger Woods Scandal? Raise your hands.

That's what I thought. Just about everybody here, right?

Let's see, is it three mistresses or thirteen?

Well, I guess that's why we watch it. The news media wouldn't be running the story every 15 minutes if there weren't an audience for it.

Meanwhile, here in the Garden State of New Jersey, the State Senate will vote on the Marriage Equality bill which will, please God, move LGBT people up the long, slow ladder of civil rights - from 'domestic partnership,' to 'civil union,' to full marriage equality.

It's been a journey most of us have made on our knees, begging for crumbs of justice along the way. Now, we want what every other citizen in America has - even those in prison or in group homes for the disabled, or psychiatric facilities - marriage equality.

Not the whole loaf - just a healthy slice of equality, please.

But, and pay attention here, LGBT people are the ones who are 'promiscuous' - 'morally depraved' - 'lower than dogs' - no! wait, make that 'cockroaches'.

I'm waiting for the next bombshell from the Woods Camp. Wait for it - the next Really Big Headline: "I'm addicted to sex," Tiger laments.

Bottom line (and, it's all about the 'bottom line'): He'll do whatever his business people tell him in order to protect his 'brand'.

What he'll do about his marriage is another matter entirely. One hopes that he'll get some spiritual and psychological counseling. One prays that he begins to put his wife and children and other members of his family in some order of priority.

Actually, in a weird sort of way, I'm glad for all the press on Tiger. It's not that I'm looking for 'the lowest common denominator'. I'm hoping that some people - the folks that are 'on the fence' about the issue and not all tangled up in a few passages from scripture - will be able to 'compare and contrast' the seriousness with which LGBT people want the fidelity and steadfastness of their love solemnized and legalized with the caviler way in which some treat the holiness of marriage.

That will not guarantee 'happily ever after' for LGBT people. It will not shield us from the heartbreak of infidelity or divorce. There are idiots among us no matter our sexual orientation.

It will, however, guarantee our civil rights, which are already guaranteed by the Constitution of the United States and are being denied to us.

Like Tiger Woods, we have a chance to make it right. To reorder our priorities. To value families of all constellations.

New Jersey - this is our wake up call. Time to do what we know is right.

If you have a few moments today, would you send some arrow prayers toward the Garden State of NJ? Aim them toward the State House in Trenton, if you could.

And yeah, a few prayers aimed toward Tiger Woods would be in order, too. Sometimes, we all just need a wake up call.

Hey, Tiger! Your life is calling.

You, too, New Jersey!

We've got lots of work to do. Let's get to it.
Posted by Elizabeth Kaeton at 9:22 AM

In the Great Garden State, these particular civil rights are guaranteed by the State Constitution as interpreted by the State Supreme Court, which has the signal advantage of not being reversible by the Scalia bunch.

But you know that gay marriage will destroy the sanctity of marriage between and man and a woman and we can't possibly let that happen.

Prayers are with you and with New Jersey.

Sometimes I think I must be the only person who HASN'T slept with Tiger. Well, there goes my 15 minutes of fame!

They just keep coming out of the woodwork.