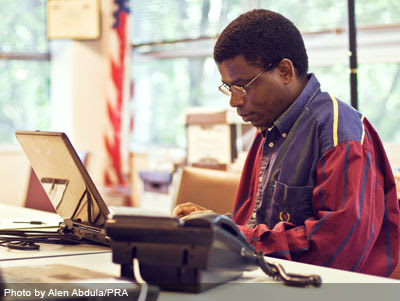 PRA:  "The U.S. Christian Right and the Attack on Gays in Africa" by Kapy Kaoma


[snip] For two days in early March 2009, Ugandans flocked to the Kampala Triangle Hotel for the Family Life Network's "Seminar on Exposing the Homosexuals' Agenda." The seminar's very title revealed its claim: LGBT people and activists are engaged in a well thought-out plan to take over the world. The U.S. culture wars had come to Africa with a vengeance.

[snip] The unsuspecting audience heard (Scott) Lively promote his book, The Pink Swastika, and his argument that not only are gays seeking to take over the world, but they also threaten society by causing higher rates of divorce, child abuse, and HIV/AIDS. Legalizing homosexuality is on par with accepting "molestation of children or having sex with animals," he said.

Lively even tarred abortion rights as "a product of the gay philosophy" meant to promote sexual promiscuity in order to "destroy the family." In sum, he warned, U.S. homosexuals are out to recruit young people into homosexual lifestyles so they must be stopped.

Kaoma, who authored the recently released report Globalizing the Culture Wars: U.S. Conservatives, African Churches, and Homophobia, shows how conservative U.S. evangelicals - like Pastor Rick Warren - mobilize African clerics in U.S. culture war battles over gay rights. Their promotion of an antigay agenda in Africa has led to increased criminalization of homosexuality, and the denial of human rights for LGBT people.

Posted by Elizabeth Kaeton at 6:29 PM

Thanks for the link on this. I've been trying to piece together, in my small mind, the connections between American evangelicalism and what's happening in Uganda. This pretty well lays it out.

It is so facinating that it is LGBT folk are leading this agenda to take over the world---After reading the stuff about The Family, following the money of the Chapman Report, etc. there is a lot of projection going on.

A member of my council just told me that I was part of a plot to take over the church. SIGH! All I am doing is trying to be faithful in the face of the crap that the fundies are teaching.

I'm all for freedom of speech and freedom of the press but in my opinion a book like Lively's should be banned as a "hate crime."

Rachel Maddow has been following the situation in Uganda and the tie in to American politicians and clergy for several days now. Here's a link to her website;
http://www.msnbc.msn.com/id/26315908/
You can view some of her previous pieces under "Previously" on the left hand side of the page.