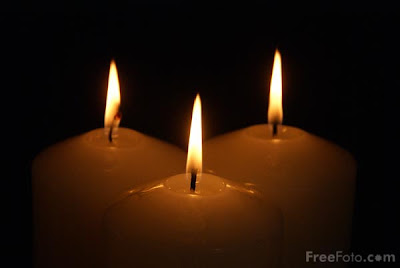 By the time you read this, most of what I'm posting here will be old news.

Funny.  It's less than 24 hours old, but in the high speed intensity of communication in cyberspace, 24 hours is a long time.

Still, the news is good.  Good enough to be shared.  Again.

You know.  The way we share the Good News of the scriptures every Sunday - and, every chance we get. 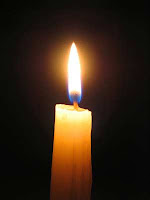 The first is the Statement about the proposed Anti-Gay law in Uganda from Claiming the Blessing.  As a member of that Steering Committee, I signed that statement, of course.  It says, in part:

We believe the “Year of the Lord’s Favor” our Presiding Bishop preached about at her investiture includes the liberation of those held captive by homophobia. Our Ugandan LGBT brothers and sisters need to hear the word of hope the Episcopal Church can give by joining those opposing this legislation. The time to stand up and be counted is now. We urge our elected and appointed leaders of the Episcopal Church to stand up and to speak out on behalf of the gospel.


The entire CTB statement can be found here:

The second is the statement from IntegrityUSA which speaks, in part, to the historic relationships that organization has had with LGBT people in Uganda.  It also makes reference to the absolute abomination of the collateral effect of hampering the work being done to address the devastating effects of the world-wide HIV/AIDS pandemic there.


Integrity has a long history of relationship with Uganda through its connections with Integrity Uganda allies but also through its Vice President of National & International Affairs, the Rev. Canon Albert Ogle’s work in Uganda on HIV-AIDS. "We cannot support laws that are internationally and locally criticized as ineffective public health policy that will only make the HIV situation worse for Ugandans in general, and to use religious values to deny human rights that run contrary to the Ugandan Constitution," said Ogle. He has written an important background paper and analysis shedding new light on the complexity in Uganda with special emphasis on the impact of the HIV/AIDS pandemic. His paper will be released, December 1st, World Aids Day, and posted on the Walking With Integrity blog (walkingwithintegrity.blogspot.com).

Integrity calls for prayers for all those living with HIV/AIDS and for those fighting to overcome the scourge of homophobia.


The entire statement can be found here:

Finally! A statement from Bonnie Anderson, President of the House of Deputies, which condemns, in no uncertain terms, the proposed Ugandan Anti-Gay Law.


The pending Ugandan legislation that would imprison for life or execute people who violate that country's anti-homosexuality laws would be a "terrible violation of the human rights of an already persecuted minority," Episcopal Church House of Deputies President Bonnie Anderson has said.


"I hope and believe that a vigorous statement will be forthcoming (from a December 7th teleconference call by members of the Executive Committee), and that I will be able to support this statement wholeheartedly," Anderson said.

Meanwhile, Anderson said she would encourage House of Deputies members and first alternates to contact their congresspersons through the church's Office of Government Relations to express their opposition to the bill.


You can read the entire news article here.

So, three bits of "old news" which come as flickers of hope in the dark night of a proposed law which promises to violate the basic human rights of Ugandan LGBT people and their families - especially those who continue, against solid scientific information to the contrary, to exploit the connection between homosexuality and HIV/AIDS.

Three candles which the darkness can not overcome.

A Trinity of candles which beckon others to join them to be the Light of the World.

I do believe that the quiet sound of candles, burning and flickering in an almost inaudible hiss, can dull the roar of voices that call for the oppression and murder of God's children.

Then again, I believe in the power of a young, unmarried Nazarine woman who said "yes" to God's call to bear and birth God's own Self into the world.

I also believe in the power of a simple carpenter from the House of David who agreed to accept God's impossible vocation to be the human father of God's Divinity.

I not only believe in the power of Incarnation.

I have seen it.

We are, each and every one of us, pregnant with goodness and possibility.

We just need to let our Light shine.

And on this World AIDS Day, in the 28th Year of what is now a World Wide Pandemic but what some people think is "old news", a little Light is still a good thing.

Indeed, it may be the only hope some people will ever know.
Posted by Elizabeth Kaeton at 8:36 AM