The Invocation of an Alternative 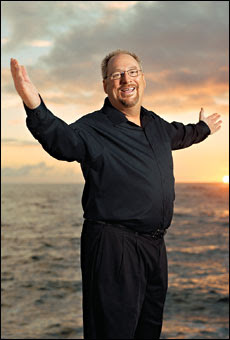 Quaker Dan and company have a new blog up. It's called "Alternative Invocation" where you will find this message and an invitation to write your own invocation which will be posted on the blog.

After you finish writing to Pastor Warren, please consider writing your own invocation. Some of us will be reading them all while the invocation from the 'not-so-good pastor' is being said.

On January 20, 2009, President-elect Barack Obama will be sworn in as our0Anext president. Many of us look forward to this day as a moment of new hope, new direction, and positive change.

Unfortunately, many of us also view this day with mixed feelings. Many Americans are upset with Barack Obama’s decision to have controversial conservative minister Rick Warren deliver the invocation for the inaugural ceremony.

Over the years, Mr. Warren has supported the idea of criminalizing reproductive choice, he has advocated for the assassination of foreign leaders who oppose the policy positions of the American government, and most recently, he gave support to California’s controversial Proposition 8, which outlawed marriage equality for gay and lesbian citizens of that state. He has, in the past, compared gay marriage to incest, child abuse, polygamy, and rape.

As an act of protest against the appearance of Rick Warren at the inauguration, we ask our fellow progressive bloggers that on January 20, 2009, you post your own alternative invocation.

We ask that you post a message of compassion, empathy, tolerance, diversity, and true Christian (or other) love to America. Post a message that stands in opposition to the messages that Rick Warren and those of his particular political persuasion use to divide our country.

If you’re posting, let us know! Send an email or leave a comment, and we’ll add you to the list which will be on our blogroll.

Thanks for your support.

Namaste.
Posted by Elizabeth Kaeton at 11:41 AM

Thanks for the link and the plug.

Are you kidding me, QuakerDave? It is you who deserve the thanks - and praise. Abundant blessings on you, sir.

I don't have a blog but I copied and pasted and sent it around via e-mail and asked those that received it to please pass it along.
Here's a link to another HP posting from last week-about Warren and Bishop Akinola.
http://www.huffingtonpost.com/bruce-wilson/warren-endorsed-nigerian_b_153412.html

Along with this I'm going to share my personal witness of faith in Jesus Christ, and appreciation for his good work with AIDS orphans in Africa.

But, in all honesty, I can't see a huge difference in his view in much of this, and Obama's. I really can't.

I've heard Obama state publically that he is not supportive of gay marriage, either. And, a real majority of his African-American constituency all feel the same way.

So, I guess I wonder why people expected Obama to be different.

To my mind, we should be doing everything possible to find, and build common ground with these folks to make an impact in their thinking.

I have serious doubts that writing alternate invocations is going to do it. I really do. :(

Thank you, Grace, but it's not "just" about gay marriage. It's about his stance on abortion - even though you are pro-abortion, you would never call a woman who had had an abortion a Nazi, like Warren - and the subservient role of the wife to her husband, or the murder of the President of Iran as political tool.

Obama may have said what he said about Gay Marriage, but I'm willing to bet he would never have supported Prop 8 or any of the other agenda items of Warren.

This is why I'm opposed to Warren as the pastor to give the invocation.

I hope this is helpful to you.