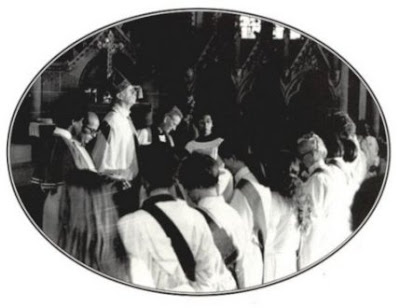 Before entering government service, Judge Hewitt practiced from 1978 to 1993 with the Boston law firm Hill & Barlow, where she chaired the firm´s real estate department from 1987-1993.

A leader of the effort to open Episcopal ordination to women, Judge Hewitt was one of the first eleven women ordained to the Episcopal priesthood on July 29, 1974.
Posted by Elizabeth Kaeton at 9:04 AM

Now why can't we get someone on the Title IV committee who can get something done?

She's a Matriarch of the Church!