Oh, the things we do for Jesus! 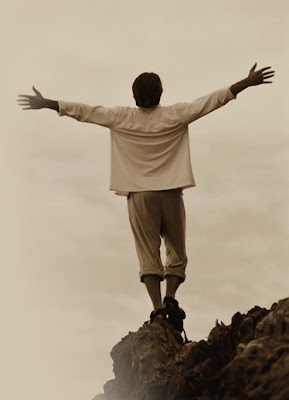 Okay, I'll admit it. I'm already in Holy Week overdrive and The Sunday of Passion is 5.5 days away.

I've been working on liturgies since last Thursday. I've written a Stations of the Cross for Children and Families that is almost . . . almost . . .done.

So far, I'm liking it a whole lot. Just have to add the scriptural citations and a versicle and response and we're set to print.

We usually have a noon day Stations of the Cross for Families, but this year, I made all of the Holy Week services mandatory for the Confirmation Class.

This is not sitting well with those who want to escape the hustle and bustle of suburban life and all the various 'enrichment programs' that are here and 'get out of Dodge' for a little vacation.

The push back has been, at times, pretty wicked. Mostly passive aggressive, with emphasis on the aggressive. It's not like I didn't expect it. Folks here are not used to hearing "mandatory" and "church attendance" in the same sentence.

Oh, the things we do for Jesus!

So, we decided to cancel the noon day service and incorporate it into the 7:30 Service. Instead of doing yet another reading of the Passion on Good Friday, we are replacing it with the Stations of the Cross I've written. It totally works. Well, on paper anyway. I'll let you know how it goes.

Today, I was working with a colleague and dear friend on the liturgy for the Eucharistic Celebration of the 20th Anniversary of The Oasis. I think it's going to be just slightly more than fabulous.

Well be having it at the "birthplace" of The Oasis - All Saints', Hoboken. We'll start with a procession down Washington Street and into the church with a jazz band.

The theme is "Let the circle be unbroken." I've found some really wonderful lyrics that keep the theme but say them a little differently. We'll be singing that as we process down Washington Street. Woo hoo!

I adapted this from a prayer I found which was written by someone named Howard Moody. The first two lines are his, the last two are mine. I'm using them for the invitation to Communion:

May you love God so much that you love nothing else too much;
May you fear God enough that you need fear nothing else at all.
Come, all you who hunger and thirst for the living God.
Come to the table to eat and drink.

So now it's off to the last of the Lenten Series. When I get home, I'll work a bit more on the Stations of the Cross. I'll try to get them posted here so you can see them.

Is it Holy Week yet?
Posted by Elizabeth Kaeton at 5:16 PM

Like you, I am deep in the week. I love this season.

Love your invitation to Communion, we've been using one from the NZ Prayerbook during Lent (can't lay my hands on it at the moment) but I like yours better.

Good Friday's Noon Service will be the St. John Passion and Solemn Collects.

The 7:00 PM service will be the Way of the Cross with "Via Crucis" by Franz Liszt with Organ and Tenor Solos. This is a good setting for well formed Christians but doesn't work well for Children.

I'll be looking forward to yours for next year.

Ooh, I think I will further adapt that prayer for our Maundy Thursday Agape meal.

I think the best liturgy is liturgy that has been "borrowed and adapted" from other sources. I mean, aren't our Eucharistic prayers "borrowed adaptations" of the Jewish Service of Passover?

I love it. Borrow and adapt away!