I'ma leavin' on a jet plane 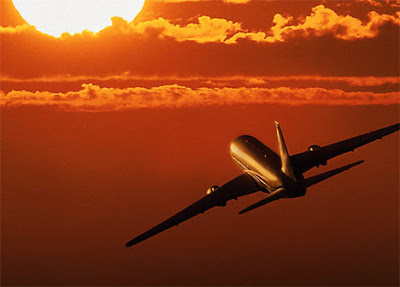 Off I go, then. This afternoon at 3 PM to catch a 5 PM flight to Anaheim. I'll arrive at the airport around 8 PM tonight - which will actually be 11 PM tonight.

I hate that part.

Jet lag is the worst, which is why I'm glad I'll be arriving two whole days before General Convention actually begins.

It's not just the getting acclimated and oriented to my new surrounds, getting my press pass and credentials, and then organizing myself to the legislation the Episcopal Women's Caucus, IntegrityUSA, and the rest of The Consultation will be following.

That's enough work for any one of sound body and mind to follow.

It's doing all that while pushing through jet lag. Blech!

The 'Nerve Center' which IntegrityUSA has set up has always been a godsend. John Clinton Bradley has already got the computers and copy machines set up, and will have spread sheets of the resolutions and their committee assignments ready and waiting for us.

Each evening, The Consultation will have a caucus session at 9 PM, followed by a caucus session of IntegrityUSA at 10 PM (usually a brisk 10 or sometimes - as in Denver - a 20 minute walk from each other).

Other constituent members will have their caucus sessions at other times - for example, the legislative teams of The Episcopal Women's Caucus meets over breakfast every morning at 6:30 AM. (Are you keeping track of the length of days here?)

The various volunteers who have been assigned to track various pieces of legislation will report in on any progress made in committee or, if the resolution has had a formal hearing, how that went.

Strategy sessions will then ensue, with the various activists and lobbyists identifying the various deputations and members of those deputations who need support or talking points or, perhaps, lobbying.

Others will be assigned to follow the discussions in the House of Bishops.

It's all very well organized and professional. We've been doing this for 35 years and it is always a miracle to watch it all unfold and take place.

It's the 'miracle' of the hard work, sweat and tears of community organizing. If we hadn't been doing this for 35 years prior to Anaheim, nothing we would do in Anaheim would have the same or as much efficacy or effectiveness.

It's all about relationships in community. You know, just the way Jesus taught us at the feeding of the five thousand.

Which legislation will we be following? Well, to know that is to know the Platform of The Consultation. You can find it here in English, Spanish and French.

Have you gone over there and read it? No? Do that now, please. I'll wait.

Yeah, well you shouldda been there for the conversations with the constituent members of the 13 member organizations of The Consultation - most of whom attend the gatherings that happen twice a year for each of the three years between General Conventions. And, most do so at their own personal cost.

You know, if the folks at GAFCON and ACNA and AAC and FiFNA and whatever other acronym of the alphabet soup of the various evangelical 'orthodox' splinter groups knew just how tight our budgets are, they would probably faint away in a dead heap.

We are the 'little progressive organizations that could'. Our engines are fueled by an outlandish, outrageous, audacious hope which we receive from the Good News of the words and teachings of Jesus.

You know, I was thinking about that yesterday, the 4th of July. Just when things seemed worse for the Revolution, the Continental Congress went for broke and signed The Declaration of Independence.

What a perfectly audaciously, bold and hopeful thing to do! I mean, we act as if we really believe Jesus, you know? How outrageous is that?

That's the kind of hope with which we constituent members of The Consultation have.

That's the kind of hope I'm praying for the deputies of General Convention.

The hope that believes in faith. Embraces it. Trusts it.

Keep us all in your prayers, please. That's also hard work. To pray us through the 10 legislative days of General Convention.

We wouldn't be able to be in Anaheim, working as hard as we do, holding onto this hope, if we didn't know that there were scads of people just like you who are lifting us up in prayer.

Trust me on this. I know of what I speak. None of this would happen without your prayers. Never doubt that your prayers play a critical role in the working of General Convention.

It's the 'secret ingredient' of the mystery of how God works through our legislative process.

Off I go then. Next stop: Church. Then, it's off to Anaheim.

We will be thinking praying and hoping along with you.

dear, dear Elizabeth:
you've got to know already prayer, love and real hope are being offered up big time here, and you personally will be right there in the middle of our intentions.

a strange thing for a Canadian to do perhaps. speaking with an American 'friend' who called last night, he chucked and asked 'what am i missing here, you're not even American, and yet my feeling is you've got more invested in this General Convention than I do?'

we had a long, loving, prayerful exchange about the living reality of the Body of Christ, and of the many living saints I love personally who will be there in Anaheim, and how through the Body of Christ this become my General Convention too.

Count on my prayers, too, Elizabeth.

Yes, I am well aware of the long days. I don't know you y'all do it.