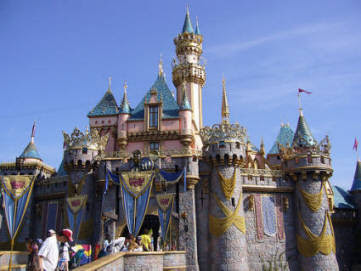 Well, it's a beautiful day in the neighborhood. 73 degrees. That's 'low normal' for this time of year, we're told.

Very low humidity (13%) which has led at least one meteorologist to a furrowed-brow mention about the potential for fire.

Nice, gentle breeze. Not a cloud in the sky, and if there's smog, I can't see it for the smog of jet lag in my head.

My first meeting is at noon, which is actually 3 PM in my body.

I'm usually in the gym first thing, but, like everything else, that will have to be rescheduled for later today before I actually get back on to some semblance of a normal routine - whatever 'normal' is in the midst of the wild schedule for the next 13 days.

The news on the local stations is all-Michael-Jackson-all-the-time. His Memorial Service will be tomorrow at the Nokia Theater, across the street from the Staples Center, downtown LA.

The will is being probated and the speculation is fodder for "news specials". There's a saying among clergy which has direct application in this case: "Where there's a will, there's a relative."

Somebody give me an 'Amen.'

Dodger stadium is already filling up with some of the lucky 17,000 people who got a ticket - 11,000 at the Staples Center, 6,000 in the Nokia Theater where the actual service will take place.

The LAPD has declared war on 'The Scalpers' who are trying to sell tickets - one at a reported $20,000.

I mean, for pity's sake!

There is a 'Red Zone' in downtown LA where one needs a wrist band in order to gain entrance, applied by a member of the LAPD, after a 'rigorous credentialing process'.

You can't make this stuff up.

One wonders just how much this will cost. The story that is suspiciously absent from the news is the impending bankruptcy that this state is fighting off.

Never mind all that. Today, the "Main Event" is Michael Jackson.

Meanwhile, members of The Episcopal Church are gathering for a credentialing process of our own. I've seen a few familiar faces on the street which is always fun.

We're all pretty much doing the same thing - fighting jet lag by drinking lots of water, walking around the neighborhood to get a better sense of our bearings, enjoying the relatively slower pace before we hit the ground running tomorrow to be ready when the gavel falls on the first day of General Convention at 8 AM on Wednesday.

We're also sharing stories about the location of the bodegas and where to get fresh fruit and veggies without paying the exorbitant rates in the hotel lobby.

Maybe it's the smog of jet lag, but I find it richly ironic that we are meeting in General Convention in the heart of The Magic Kingdom while the King of Pop is being mourned and buried.

There's probably a sermon in there somewhere. God knows, Episcopal clergy are renowned for being able to squeeze at least six sermons out of one simple, meager metaphor, and here we are presented with two.

Give me a few days. I'll be back in form.

By the way, that's a picture of Sleeping Beauty's Castle.

Yo, Elizabeth ... we're all rooting for you back here in the mid-Atlantic. Prayers and blessings go with you.

It's good to see that you still have your sense of humor. : ) You may be needing it in the next 13 days.

Prayers for you, my dear.

Sister dear...Take care and update us when you can.

As I hold down the fort at RB, you are all in my thoughts and prayers.

Love I send you.

Sleeping Beauty's castle, where, on the 3rd of July, 1,000 persons took the oath of citizenship and were sworn in as our newest citizens of the USA!

was hoping to see you --I worked the Registration booths today, but we must have passed as ships in the night. See you soon.