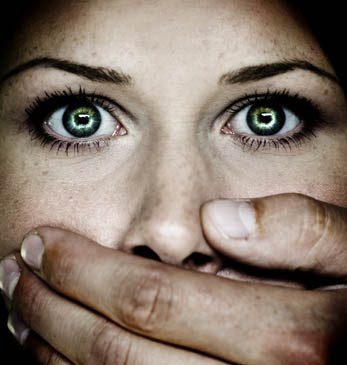 Today, November 25th, has been named United Nations International Day for the Elimination of Violence Against Women.

Un Secretary-General Bani Ki-Moon said, "Violence against women and girls continues unabated in every continent, country and culture. It takes a devastating toll on women's lives, on their families, and on society as a whole. Most societies prohibit such violence - yet the reality is that too often, it is covered up or tacitly condoned."

Right. But that only happens in "other" countries. Not in America.

Certainly not in America!

According to statistics compiled by the American Bar Association for practitioners and advocates in their arguments to the courts, approximately 1.3 million women and 835,000 men are physically assaulted by an intimate partner annually in the United States.

Intimate partner violence made up 20% of all nonfatal violent crime experienced by women in 2001.

According to the National Violence Against Women Survey, women are more likely to be victims of sexual violence than men: 78% of the victims of rape and sexual assault are women and 22% are men.

Sexual violence against men is also mainly male violence: 70% of rapes, 86% of physical assaults, and 65% of stalking acts were perpetrated by men.

In 8 out of 10 rape cases, the victim knows the perpetrator.

Let me repeat that so you can take that in: In 8 out of 10 rape cases, the victim knows the perpetrator.

Of people who report sexual violence, 64% of women and 16% of men were raped, physically assaulted, or stalked by an intimate partner. This includes a current or former spouse, cohabitating partner, boyfriend/girlfriend, or date.

Another national survey found that 34% of women were victims of sexual coercion by a husband or intimate partner in their lifetime.

The National Women's Study, a three-year longitudinal study of a national probability sample of 4,008 adult women (2,008 of whom represent a cross section of all adult women and 2,000 of whom are an over sample of younger women between the ages of 18 and 34), found:

The other silent epidemic of violence in this country has to do with our participation in human trafficking.

The UN defines trafficking as "the recruitment, transportation, transfer, harboring, or receipt of persons, by means of the threat or use of force or other forms of coercion, of abduction, of fraud, of deception, of the abuse of power or of a position of vulnerability or of the giving or receiving of payments or benefits to achieve the consent of a person having control over another person, for the purpose of exploitation."

"Exploitation shall include, at a minimum, the exploitation of the prostitution of others or other forms of sexual exploitation, forced labor or services, slavery or practices similar to slavery, servitude or the removal of organs."


An estimated 600,000 to 800,000 men, women and children are trafficked across international boarders each year, and approximately 80% of trafficking victims are women and girls.

Although trafficking into the U.S. and Europe has gained a lot of attention in recent years, anti-trafficking advocates in Asia have been addressing these issues on the continent for decades.

If you missed the Episcopal Life on line bulletin inserts for this week, you may still find the one on Domestic Violence here.

You will find listed there a number of Domestic Violence Resource Organizations which, in addition to assisting victims of violence in their homes to become survivors in the community, can also help raise the awareness of domestic violence in your communities of faith.

Gracious God, like a mother hen you shelter us under your wings. Bring your truth and love into homes where domestic violence has shattered the peace. Provide sustenance for the victims and accountability for the abusers. Send wise and courageous friends who can offer alternatives, and bring your healing power into broken relationships. May your church provide a haven of safety and peace for the abused and reach out to support all who serve the needs of the abused in our communities; through Jesus Christ, or Lord. Amen.
Posted by Elizabeth Kaeton at 10:27 AM

There is so much more to this issue than even what you posted. Which is only the statistical data.

Sad, true and more extensive than most people ever realize on many different levels.

Thank you for speaking up about this tragic reality.

Our City newspaper has been running stories every day this week. They are hard to read and heartbreaking. The situation in Australia is much the same as the USA. Some men still seem to believe they own their wives.