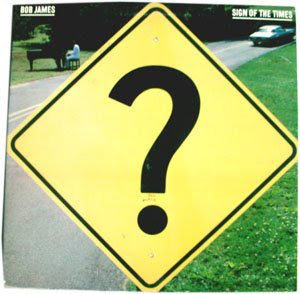 You can "google" this information from lots of sources, but Bill sent me this one from here, which seems most consistent with other sources.

I know my "Christmas Wish List" has been seriously cut. My family is, likewise, looking at gifts that are more "practical" as well as homemade.

That being said, it's also a sign of the times to be more generous with others whose "practical needs" are much more serious than our own.

What to get for that 'person who has everything'? How about a generous contribution in her/his name to an agency that helps those in need - at home or around the world?

Anyway, looks like too many of us will have too many places left to do our Christmas Shopping. Pray for all those who have or will lose their jobs. Pray for the leadership of this country. Pray for an end to the greed in our own hearts which equates getting "more stuff" with greater happiness that the greed in human hearts will be transformed into generosity.

Fifteen furniture chains closed last year, up from 10 in 2006 and five in 2005, according to Furniture/Today, a trade publication. Two of the largest, Wickes and Domain, closed this year.

Linens N’ Things
371 stores liquidating
All set to be closed by Jan. 1

J. C. Penney, Lowe’s and Office Depot are scaling back or delaying expansion. Office Depot had planned to open 150 stores this year, but will now open 75.

Sprint Nextel
125 retail locations
Posted by Elizabeth Kaeton at 10:36 AM

Even when the economy bottoms and begins a recovery, a lot of those jobs are not coming back. Web marketing has for all practical purposes obsoleted a lot of retail. And that is going to make the investment in malls look sort of punk indefinitely.

We need to learn how to offer re-training to people who get caught in the cross-hairs. My dau-in-law has a buddy whose hubby was a store manager. His job went away not because he failed but because the market changed. How dose he support a child and a mortgage while he learns new skills? That is a real problem and Congress has not solved it by adding a quarter to unemployment comp. We need some real thinking and most importantly acting on it.

If you want a great holiday vacation deal come to Mexico! Today the rate is 13.79 pesos to the dollar. It hovered around 10 to 1 for years.

The last month or two has been difficult. Prices rise weekly in the stores! My bi-weekly trip to the grocery store was usually MX$850.00. The same items yesterday were MX$1264.00.

God bless us everyone.