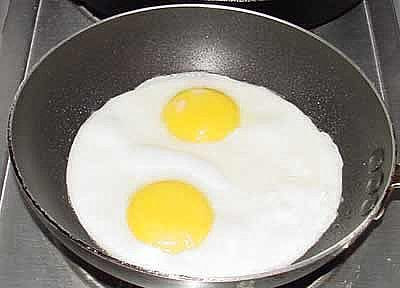 “Look at Jesus. Look at your heart.”
Good Friday – April 10, 2009
The Episcopal Church of St. Paul, Chatham
(the Rev’d Dr.) Elizabeth Kaeton, rector and pastor.
I want to talk to you tonight about “fried eggs.”

Now, that may seem a pretty silly thing to say on Good Friday, but it has to do with a story I once heard that was told by singer and actress, Bette Midler.

In her story, she talks about walking East on 42nd Street in NY City one very hot day in July. And, heading West on 42nd Street, there came an enormous woman – easily 400 pounds – who was wearing a blue housedress flecked with tiny daisies.

Now, as Ms. Midler points out, most of the ladies with fried eggs on their head don’t come out in NY City until September or October, but there she was, in the dead heat of a July day, walking down the street with a fried egg on her head.

Ms. Midler says she didn’t quite know what to make of it, so she right quick sent up a silent prayer. She prayed, “O God, please don’t let me wake up tomorrow and want to put a little fried egg on my head.”

After she said that, she quickly said, “And, O God, if by some chance I should wake up tomorrow and want to put a friend egg on my head and people notice that I am carrying around something that doesn’t look quite right, and they want to talk about it, well, please let them talk about it so I can’t hear it.”

Walking the Stations of the Cross is always a powerful experience for me. For some of you, this was your very first time to put your whole self – your feet, your body, your minds, your heart and soul – in the way Jesus walked to his crucifixion and death.

I hope you were able to look into your own hearts tonight. In a few moments we will involve ourselves in an ancient tradition in the Church – the Episcopal Church – by venerating – or honoring – the cross. We’re going to do that a little differently here, in Chatham, in the year 2009. Let me explain:

I’m going to ask Tim and Melissa to begin handing out a small piece of paper and a pencil. After I finish talking, I’m going to ask you to think quietly in your seats for a few moments and consider what you have in your heart that you want to bring to Jesus.

I want you to look at the ‘fried eggs’ that are there – the thing or things that make you feel different or odd or unacceptable. The things that, if anybody knew were there, you’d be devastated and embarrassed. But, you know, everybody gets at least one. And nobody ever wants to let anyone know that they are there.

Maybe it was something someone said about or did to you that you fear might be true.

Maybe it’s something you believe about yourself that you want to change – or come to accept.

Whatever it is, you can bring it to Jesus. Write it down on a piece of paper. It can be a sentence or a word or a name. You can draw a symbol that stands for what you can’t put into words.

Whatever it is, write it down and bring it to Jesus.

When the time comes, you will be invited to fold your slip of paper and nail it into the hard wood of the cross.

Jesus died so that we might live more fully.

Jesus was nailed to the cross so that you might be free.

Nail your burden to the cross and let Jesus carry it for you this Good Friday.

Search your heart for the ‘fried egg’ in your life.

Because the thing about fried eggs is that you can call them anything you like but everybody gets one.

You actually provided a hammer and nails? I love it, but I've never seen this done in an Episcopal Church, ever.

Yup. It's very, very powerful to hear the Sacred anthems being chanted by the choir while everyone is hammering their burdens and sins into the cross. Blows me away every time.

Oh, and BTW, the first reaction to the first 'test drive' of the Stations of the Cross for Families and Children went pretty well. It's so hard to find that middle way so that wee little kid don't get bored and we don't lose the tween's, teens and parents. So I pretty much directed things to the Confirmation Class and had everyone else listen in. I think it worked. Give me a few more days to let the dust settle and I'll let you know.