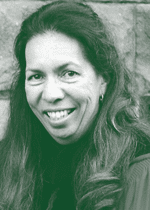 Tune in for the second installment of the goings-on across the Hudson and Passaic and get Susan Russell's report on Day II of the Anglican Covenant Conference at the TuTu Center at General Theological Seminary in NYC.

Here's a snippet of Susan's report on a presentation by Dr. Jenny Te Paa:

I will not attempt to relay her whole message here ... but key for many in the room was Dr. Te Paa's confession that she had reconsidered her initial support for "a covenant process" as a result of her experience since the Windsor Report was issued and declared herself to be "both proud and embarrassed by the naivete" that kept her from recognizing, at the time of the Lambeth Commission, just how much "power politics" were in play in pushing an "agenda for domination" by insisting that "what we already had in place was not sufficient" and shifting to "bullying rhetoric used to exploit differences over human sexuality" into what Dr. Te Paa called: sudden onset arch-episcopal paroxysm.

A way to "cure" that disease, she suggested, was to enlist the aid of those not impacted by the syndrome. Dr. Te Paa went onto suggest that the combination of women, young people, indigenous peoples and LGBT folk between them (by her math) who do not see the current differences as "irresolvable differences" came to approximately 75.3% of the Communion ... and that this significant majority of Anglicans needed to be part of a "slowed down, measured & considered process of inviting more stakeholders in the conversations about what it means to be in covenant relationship with each other as Anglicans" offering what she called "a Good News cure" to sudden onset arch-episcopal paroxysm.

She rocked.
Posted by Elizabeth Kaeton at 7:44 AM

I LOVE Jenny. Every time I read something she has said I cheer. We met waaay back (well, not so way back, but over a decade ago, so to some that's way back) in a seminar on "Theologies from the Underside of History" in Ph.D.-land in Berkeley. She rocked then, she rocks now. (She was already the dean of the theological college in Auckland then -- was taking time off for her course work but somehow managing still to do part of her deaning duties.)