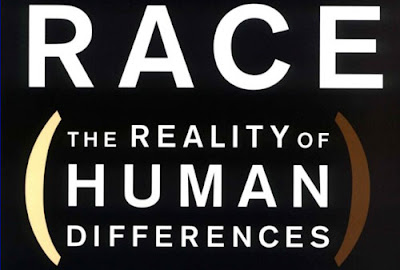 Read it all here

UCC, NCC call for nationwide preach-in on race on May 18
Written by J. Bennett Guess
April 3, 2008

As a proactive response to the heightened interest surrounding Trinity UCC in Chicago, national and regional UCC leaders, joined by the National Council of Churches, today called for a nationwide "sacred conversation" about race in the United States.

At a press conference held at Trinity UCC on the 40th anniversary of Martin Luther King Jr.'s last sermon, the Rev. John H. Thomas, the UCC's general minister and president; the Rev. Michael Kinnamon, general secretary of the National Council of Churches; and the Rev. Otis Moss III, pastor of Chicago's Trinity UCC, called UCC pastors, congregations and others to participate in a May 18 preach-in on race.

Flanked by about 60 UCC, ecumenical and interfaith supporters from across Chicagoland and beyond, Thomas called upon the UCC's 10,000 active and retired clergy to purposefully preach on the issue of race on May 18 -- which happens to be Trinity Sunday (the Sunday after Pentecost) in the liturgical calendar -- and to begin important race-related conversations in each of the denomination's congregations, seminaries and other ministry settings.

"Sacred conversations are never easy," Thomas said. "This is especially true when honest talk about race contronts us with a painful past and won't let us ignore the troubles of our present day. That's why sacred conversations require a readiness to see one another as sacred despite our differences, and why the sacred places where these conversations take place need to be respected." (Read full statement by Thomas.)

Thomas said he believes this can be "an important first step in beginning the broader nationwide conversation that needs to take place in our nation, in our communities and, especially, in our houses of worship."

The UCC's national offices in Cleveland are preparing resource materials that will assist pastors with preparations for May 18 and beyond, Thomas said.

Speaking to the NCC's support for the UCC's call, Kinnamon said the NCC has historically been deeply involved in the struggle for civil rights. "But in recent years our efforts have lagged," he said. "In this setting, where the challenge to overcome racism has been so clearly expressed, I commit myself to make this a priority of my own leadership at the NCC and to invite all of our churches into this sacred conversation." (Read full statement by Kinnamon.)

"Although this is a difficult time for us, I believe Dr. King would be proud of the fact that men and women of all races are standing united with our church and will engage in an open, honest and sacred dialogue on race."

The UCC has a legacy of racial justice advocacy. It was the first mainline church to ordain an African-American pastor in 1785 and, as early abolitionists, the church came to the aid of the Amistad captives and founded hundreds of schools across the South after the Civil War. During the 1940s, UCC churches came to the aid of interred Japanese-Americans and, in the 1970s, were among the first to stand in solidarity with migrant farm workers. A leader in the environmental racism movement, the UCC commissioned the nation's first comprehensive study in 1987 on the connection between race and the location of hazardous toxic waste facilities.

"The members of Trinity UCC are going through a very difficult time right now," Thomas said. "The intersection of politics, religion and race has heightened our awareness of how easy it is for conversations about race to be anything but sacred. That's why we are calling for sacred conversations, and for the respect for sacred space, to begin right here and right now."
Posted by Elizabeth Kaeton at 7:49 AM