But, who do you say that I am? 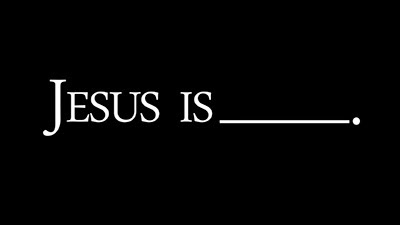 So, did you hear the story about the time Jesus decided to give St. Peter a day off from welcoming everyone at the Pearly Gates?

Peter was really glad to have some time for himself. He called together a few of his old buddies– Andrew, James and John (AKA the "Sons of Thunder"), Mark, that wild man, John the Baptist and even Judas (after all, to err is human, to forgive is divine).

They made some sandwiches, packed a few cold brewskies, and they all went fishing out on the boat, just like the old days. They got up real early and tiptoed past St. Paul’s room so as not to awaken him. It wasn’t that he wasn’t one of the original twelve. He was just way too serious to enjoy a fishing trip with the boys. Always spouting theology. He could be such a downer! 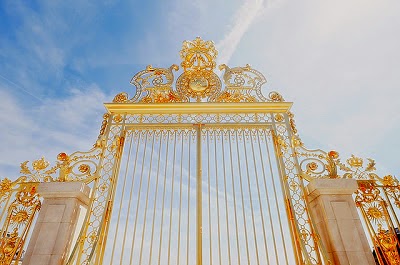 As for Jesus, he was really excited to have a change in duties for the day.  His mother said she’d cover the baptisms and salvation by faith for the day, and a few extra angels were placed on prayer duty. Jesus was just excited to be practicing hospitality again.

Just as the Pearly Gates opened, Jesus saw three clergy making their way up the streets lined in gold: A Roman Catholic priest, a Lutheran pastor, and an Episcopal priest. (Stop me if you've heard this before.)

Jesus greeted the Roman Catholic priest and said, “Welcome! Yes, it’s me! Jesus. Well done, thou good and faithful servant.” And, the RC priest smiled broadly and was well pleased.

And, Jesus said, “Yes, yes, I know what the Pope says about me. I know what ALL the Popes have said about me. Never mind. Come in, come in. Welcome!”

Then, the Lutheran pastor came forward. “Welcome,” said Jesus. Then, putting his arm around the pastor, he asked, “Tell me, who do you say that I am?”

The Lutheran pastor looked a bit bewildered and said, “Well, the Bible says . . .. “

And Jesus, a bit disappointed said, “Yes, yes, I know what the Bible says. Never mind. Come in, come in. Welcome!”

Then, the Episcopal priest came forward. Again, Jesus greeted him warmly, put his arm around him and asked, “Tell me, who do you say that I am?”

The Episcopal priest smiled broadly and said, “Why, you are the Christ! The living Son of the eternal Triune God! You are the Prince of Peace and The Messiah! You are the King of King and Lord of Lords!”

Jesus smiled a dazzling smile, blushed a bit, and said, “Yes, you are absolutely correct.” 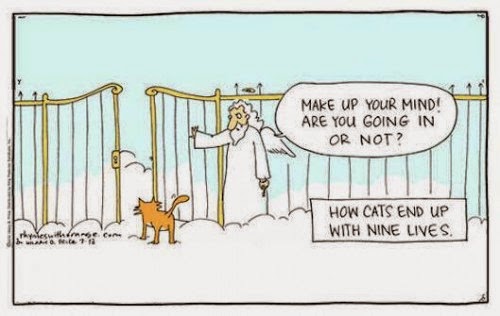 There’s a lot of truth in that self-effacing humor, and here’s the thing: I don’t think it’s necessarily bad. It’s important to know what you think about Jesus.  It’s also very important to be mindful of and respect what others believe about Jesus.

A few years ago, I did some post-doctoral work as a Proctor Scholar at The Episcopal Divinity School in Cambridge, MA. I took a course with Dr. Patrick Cheng entitled “Christology” which covered what different people have thought and think about Jesus.

We spent the entire semester examining the question, “Who do YOU say that I am?”.

We discovered that the understanding of Jesus changes a bit when He is seen through various cultural and ethnic and racial lenses. For the sake of brevity, I’ll give you three examples.

For many in the variety of the Hispanic communities, Jesus is Liberator, which lays the foundation for Liberation Theology and the necessity of praxis, putting one’s faith into action – including political action – and always reflecting on thought and action in base communities.

For many in the varieties of Asian communities, Christ is universal but Jesus is particular, His cross seen as the lotus. His full humanity and divinity seen in the Yin-Yang.

For Africans, Jesus is the Healer, but He is also seen as the One who has power over oppression and spiritual dominion.

There’s more to it than that and there are many more examples from other cultures and even variations based on gender, but I’ll leave that to whet your curiosity.

The point of this morning’s Gospel, however, is not what others think about Jesus. The disciples easily recounted to Jesus that others thought of him as "John the Baptist, but others Elijah, and still others Jeremiah or one of the prophets.”

Jesus did not seem impressed with any of that.

He wanted to know: What do YOU believe about Jesus?

In our baptismal covenant, we promise to “seek and serve Christ in all persons", loving our neighbor as ourselves, and to “respect the dignity of every human being”. St. Paul reminds us “do not think of yourself more highly than you ought to think, but to think with sober judgment, each according to the measure of faith that God has assigned.”

I’ve been thinking about all these things as I’ve considered finding the face of Jesus in all of the images that have been coming to us out of Ferguson, MO. Are we able to see the face of Jesus in Michael Brown, the unarmed, 17 year old Black man whose last words have become part of a chant of those who protest his death, “Hands up. Don’t shoot.” 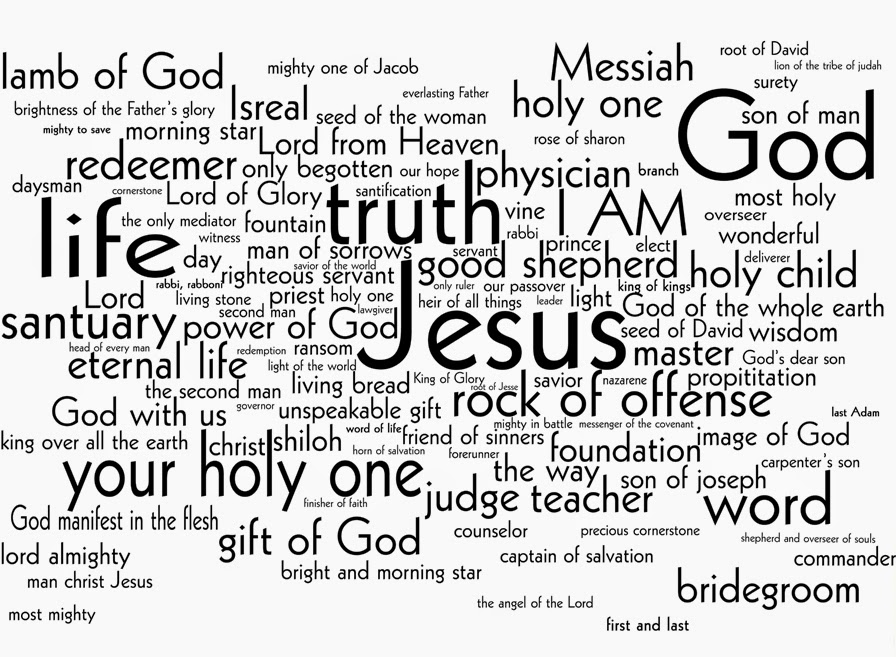 Some of us are able to see the face of Jesus in the protesters who demand answers to their questions and the speedy administration of justice.

But, can we also see the face of Jesus in those who take their anger about the daily injustices they live with and protest by looting stores – taking things they can’t afford because, if they make minimum wage it is not a living wage?

Can we see in their faces the angry face of Jesus turning over tables?

Can we see the face of Jesus in the police and national guardsmen who carry their rifles not on their shoulders to use if necessary but pointed at the unarmed crowds, ready to shoot at any infraction?

Can we see the face of Jesus in the fear those whose job it is to "protect and serve” and “keep the peace”, but dressed for warfare and undermined by a military posture?

That was good advice for the people to whom Isaiah first spoke these words as they are for us today.  Some of us have an idea of what it means to be Christian, but I wonder if we are able to say who Jesus is, for us, in our day and our time.

Yes, Jesus is as St. Peter says, “The Messiah, the Son of the Living God,” but who is he for YOU? Look to the rock from which you were hewn. How does who you are, and where you come from - your culture and ethnicity - influence your understanding of Jesus?

When you lift up your eyes to the heavens and look at the earth beneath, where do you see Jesus today? How is Jesus manifested in your life, in your neighborhood, in the work that you do, in the world in which you live?

As you move through these difficult and dark days: Wars and rumors of wars in Gaza, Ukraine, Iraq, Iran, Syria, Lebanon and Ferguson, MO; the rise of ISIS in the Middle East; the barbaric beheading of an American journalist; the plague of Ebola in West Africa; where do you see the hand of God?

Where do you see the unconditional love of Jesus? 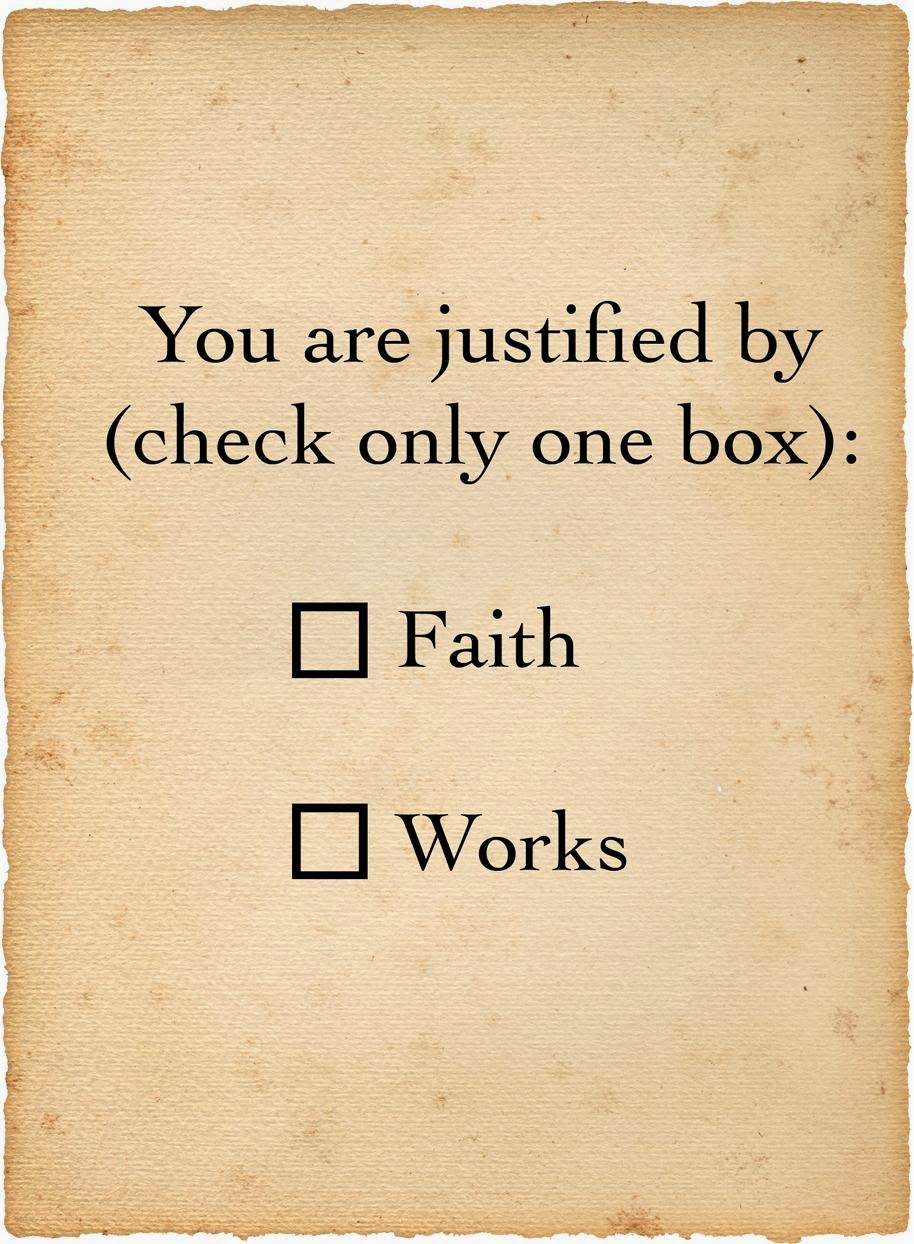 I believe that we will all, one day and in God’s good time, get to heaven. All. Not some. All.

Maybe you’ll arrive on St. Peter’s day off, and Jesus will be there, waiting to greet you warmly as you pass through the Pearly Gates to receive your eternal reward.

If Jesus asks you, “Who do you say that I am?” How will you answer? What will you say?

Not that it will make a real difference, because I believe with all my heart that you’ll be welcomed into heaven, no matter what.

As actress Elaine Stritch says, “So much of life is so unfair. I believe someone’s got to play fair at the end.” As a Hospice Chaplain, I believe that, too.

So, with that thought in mind, who do you say Jesus is?

The Fruits of Compassion 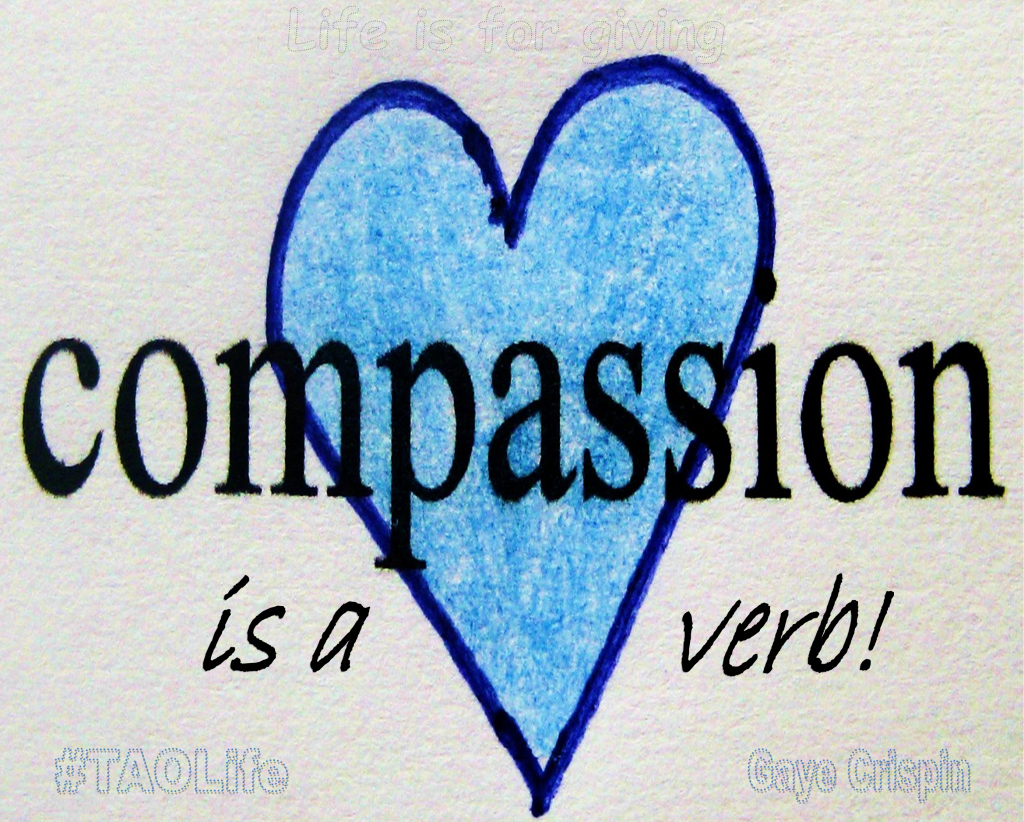