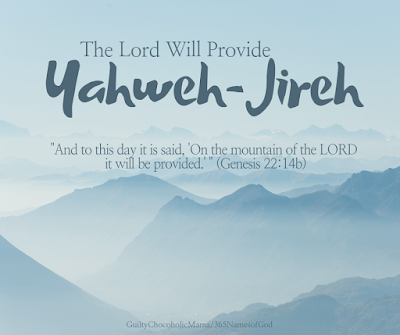 "What the Lord Will Provide"
A Sermon preached via Facebook Live Broadcast
Sirach 26:10 The Headstrong Daughter
Pentecost IV - Proper 8 A
June 28, 2020


I’m going to get to the Gospel in a minute but I still haven’t caught my breath after reading the first lesson from the 22nd Chapter of Genesis.

Even after all these years and the hundreds of times I’ve read this passage, I get through the first sentence and my palms start to sweat. By the second paragraph, a voice in my head starts screaming, “How can you do this to your son?”

By the end of the story, when I get to the part of the story that reports, “Abraham went and took the ram and offered it up as a burnt offering instead of his son.

So Abraham called that place “The Lord will provide (“Yahweh Yireh”); as it is said to this day, “On the mount of the Lord it shall be provided,” I can barely contain my anger and incredulity and outrage.

“Don’t you blame this heinous act on God!” I yell at Abraham! “Don’t. You. Dare!!!” God WILL provide – has always provided – but do NOT blame this on God,” I hear myself say, “Man up and take responsibility for it yourself!"

Is it any wonder that, when Isaac came down from that mount, he never spoke to or saw either of his parents ever again? He didn’t even come to his mother’s funeral. And, why would he? She was the one who convinced his father to banish his brother Ishmael and his surrogate mother Hagar to die in the desert. 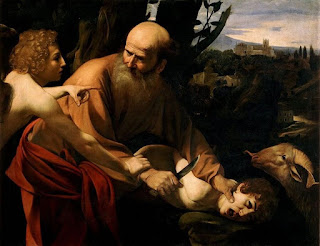 An interesting footnote in this story is that, as we learned in last week’s lesson, Hagar and Ishmael end up traveling from Abraham's dwelling in Beersheba (Genesis 16:1) to the wilderness of Paran.

Years later, when Isaac meets Rebekah, it is said that he was at Beer-lahai-roi, (which means “well of the Living One that sees me”) – the very place where Hagar was visited by God and she and Ishmael were saved from death.

It’s conjecture, of course, but I imagine that, after coming down from that mount where his father Abraham bound him and was prepared to kill him, Isaac was suffering from we know today to be PTSD.


You only have to look at Caravaggio’s portrait of “The Sacrifice of Isaac” and see the intent in Abraham’s eyes, the force of the angel as he holds down Abraham’s arm with his hand holding a knife at Isaac’s throat and the horror on Isaac’s face to have absolutely no doubt just how traumatic that was for that young boy.