Make the people sit down

I had the privilege of presiding at a graveside service this week of a young woman who had a particularly pernicious form of Parkinson’s Disease.

She spent the last few months of her life in an extended care facility, having uncontrollable spasms of her arms and legs and head to the extent that she didn’t get a minute’s sleep and what little she could eat was not enough to nourish her body. She was quite literally skin on bone.

The constant movement of her body had worn a bald spot in the back of her head and she had developed an open area on her backside, which actually exposed her pelvic bone.

I’ve been doing this work for over thirty years and I’ve never seen anything like that.

We were finally able to get her the right combination of medicine so that her spasms were controllable and she could get some rest but her poor body was so spent from years of fighting the disease that it was clear that the end of her life was rapidly approaching.

The first time I met her, she was having a really bad time with spasms. I introduced myself and explained my role on the Hospice team.

She told me she was Roman Catholic and I asked if I could get someone to bring her communion. She said that she was getting communion weekly but wouldn’t mind getting it more often.

I gently explained that I always bring the reserved sacrament with me and I would be happy to provide it to her. 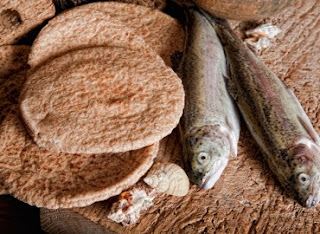 I have to tell you that, in all the years I’ve been ordained, no one has ever asked me that question. Not in church. Not in a hospital setting. Not in an ECF. Not anywhere. Not anytime. By anybody.

So, I smiled and launched into my best seminary spiel. “Well, that was one of the hot questions of the Reformation,” I said, clearing my throat in a desperate attempt to sound like I actually knew what I was talking about.

Roman Catholics believed in transubstantiation – that is, that at communion, the prayers of the priest transform the bread and wine into the actually body and blood of Jesus.

Those who protested – The Protestants – believed the teachings of Reformation theologian, Martin Luther, who taught that what happened during the prayers of the priest and people at communion was consubstantiation; meaning that the property of the bread and wine did not change but existed along with (con) the real presence of Jesus.

She smiled and said, “That was quite good, very concise, on point. But, tell me: What do YOU believe?”

I took a quiet but deep breath. I had no idea when I woke up that morning that I would be interviewed about my beliefs concerning communion

“Well, I said, I think both positions have their merit, but they both miss the point.”

“And, what would that be?” asked my obviously highly intelligent, well-read, well educated patient, even as her spasms brought a painful grimace to her face.

“Well,” I heard myself say, “I think that when we focus just on the theology, we miss Jesus. Let me give you two examples." 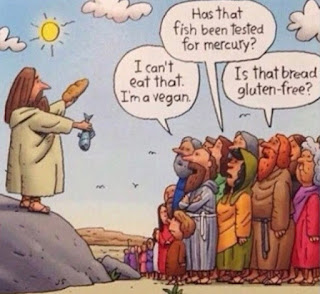 “When Jesus fed the 5,000 (or the 4,000 in another gospel account), and everyone was worried about how they were going to feed all those people, the first thing Jesus did was to say to his disciples, ‘Make the people sit down’.”

“At that point, everyone was sitting down, probably in their own small circles of family and friends. Everyone was on the same level. In doing that, in making everyone sit down, Jesus sent an unspoken but very clear message about everyone being equal.

Educator and Quaker Parker Palmer says that this is the first biblical evidence of community organizing. He surmises that, once everyone was sitting down and when some baskets of food were being circulated, people started to open up the bags of food they always brought with them when they started out on a journey.

Sitting down, with everyone at the same level, it was easy to share, to open your bag and take what you have to give to those who don’t.

And, THAT Palmer says, was the real miracle.

In both stories, Jesus was there, among them – rich and poor, saint and scoundrel, young and old, male and female.

And, it’s true in our lives today when we celebrate communion together. We’re all being fed of the same food. And, Jesus is with us. That’s the most important thing. Well, to me, anyway.” 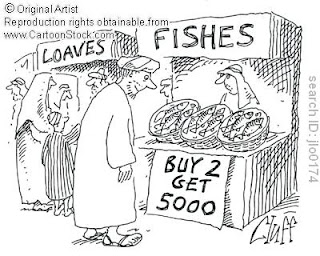 I looked into her eyes and smiled. She smiled back at me and said, “I’d really love it if you gave me communion.”

At which point, I could feel the tears well up in my eyes and I knew I had to take a moment to compose myself before I made a real fool of myself in front of her.

I told her I needed to check in with the nurse and I would be right back.

I realized that she was having a hallucination that is commonplace at this stage of the disease process. As I turned to go to the nurse’s station, I could feel the tears falling down my face.

The head nurse was coming toward me in the opposite direction, took one look at my face, and opened her arms wide. I fell into her arms as we wept silently together.

“She is absolutely brilliant,” I sobbed. “What a cruel disease.”

We talked a bit and I composed myself as we walked back to the patient who was back to herself.

And, I’ll tell you what: theology went out the window. We were simply three souls in different bodies, one of whom had a body who had betrayed her with a disease process that was outrageously, viciously cruel.

Even so, we were all equal and all worthy to be in the presence of Jesus, who was absolutely there as our unseen guest. 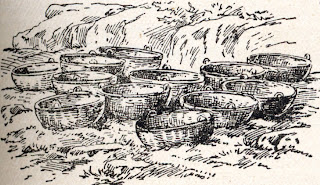 In a moment we are going to celebrate Eucharist together. We are going to invite the presence of the Holy Spirit to breathe on these gifts of Bread and Wine that they might become for us the Body and Blood of Jesus.

At the end of the communion prayer, you'll hear me say the words of the brilliant Anglican compromise of Queen Elizabeth,

“These are the gifts of God for the people of God. Take them in remembrance that Christ (lived and) died (and rose) for you, and feed on him in your hearts, by faith, with thanksgiving.”

Do you hear it? Do you see what she did there?

“Feed on him IN YOUR HEARTS. BY FAITH.”

While it’s important that the Bread and Wine for us are the Body and Blood of Jesus, it all about how YOU are being transformed and how your FAITH is being strengthened.

Because of course, Jesus is truly and fully present to us in the breaking of the bread. Just as he promised. And so, we are truly grateful and give our thanksgiving.

My encounter with that patient reminded me of a quote by Vance Havner:

So, no matter how broken you are, you are still worthy.

No matter how broken you are, you are still useful.

No matter how broken you are, you are still capable of being a vehicle of grace and love, compassion and kindness.

It all begins when we sit down, or kneel down – if that’s your preference or ability – and understand that we are all equal in the sight of God. We are all worthy of being fed the bread of heaven and to drink from the cup of salvation.

We are all made worthy in Jesus to stand before God who accepts us just as we are, without one plea.

All of us. Everyone of us. 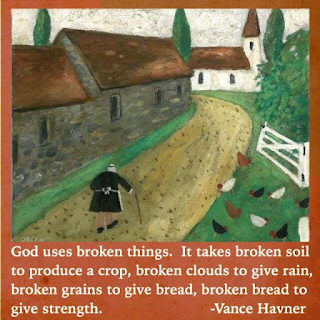 All. And, all means all. No exceptions.

And, when we believe that, just like the story in this morning’s gospel, miracles happen.

We are changed and transformed so we can change and transform the world into one where no one goes hungry. Everyone is fed. Because everyone is equal in the eyes of God.

An opportunity for a miracle awaits us, my friends.