Start where you are. Use what you have. Do what you can. 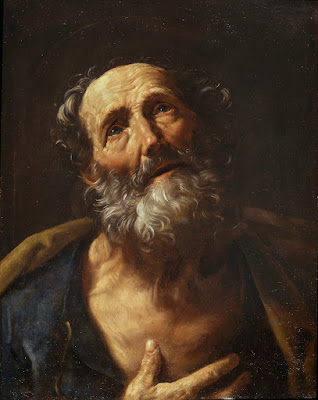 “Start where you are. Use what you have. Do what you can.”

Poor Old Simon Peter! Last Sunday Jesus asked the question, “Who am I?” and Peter responded, “You are the Son of God, the Messiah!” Jesus responded by naming him the foundation of the Church.

Seven days later, we hear that this same Simon Peter is a schmuck – an obstacle to the vision Jesus has for his ministry here on earth.

Well, when you think about it, Peter is not much different from the rest of us. 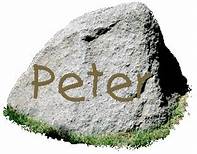 Peter reminds us that you can be a building block one day and a stumbling block the next.

I've been a puppet, a pauper, a pirate, a poet, a pawn and a king

Each time I find myself flat on my face

I pick myself up and get back in the race.

That’s life, as Frank would say. Some would say it’s a life well lived.

There are so many people who live their lives balancing on that line between sin and grace, they often slip effortlessly between the two.

There are times when I think of St. Peter in that way. We only hear what Matthew, Mark, Luke and John have to say about him, but I’m guessing there was a lot more to the man than meets the eye. Jesus clearly saw something in him – beyond the socially clumsy, awkward fisherman – something about his humanness that inspired Jesus to name Peter as the foundation of the community of faith that would be built in his name.

There are many people who come to mind, but I’m remembering a story told by Jack Spong about the priest who was his role model.

Jack’s father died when he was 12. His mother had not finished the 9th grade in school and thus had little ability to replace his father as the family’s breadwinner.  The family soon fell into rather precarious poverty. For about two years, he says, he was little more than a radically lost, insecure adolescent.

Then someone came into his life through no action on Jack’s part. His church in Charlotte, North Carolina, chose a new rector. The year was 1946, World War II had come to an end, and the man chosen had just come out of the navy, where he had served as a chaplain on an aircraft carrier in the South Pacific.

This man was different from any minister or priest Jack had ever known.  He was young – only 32 years of age. As a young boy, he thought that one needed to be 80 years old to be ordained. And, he wore white buck shoes. Everybody knows that priests wear black, lace-up oxfords.

He also drove a Ford convertible. Definitely not a Volvo or Oldsmobile. Finally, he had a stunningly beautiful wife who was dashing and bejeweled. She even smoked cigarettes in a long golden cigarette holder. Not your typical pastor’s wife – especially not in The Episcopal Church.

Jack writes that he was so deeply drawn to this couple that he volunteered to do anything that enabled him to get closer to them, so he became the only acolyte in the church willing to serve at the 8:00 a.m. communion service.

In order to help the family, Jack took a job delivery the newspaper to about 150 families. He had to get up at 4:30 every morning to do his route which took about two and a half hours. He had just enough time to shower, dress and catch the bus to his downtown church for the 8 AM service.

In those days, fasting before mass was a requirement. However, not having food in his stomach at that hour either made him feel dizzy and nauseous. Every time Jack was acolyte, he either fainted or vomited or had to be carried out of the sanctuary.

Even so, his priest wanted him to continue to serve, so after mass they would walk ½ a block up the street to café and buy him breakfast. There, they would talk. Jack said he never remembered what they talked about, he only knew that this was the only adult he ever remembered who listened to him. He listened deeply enough to ask him clarifying questions and help him think through the questions of his life.

Jack said, “It was such a simple thing to do, such an ordinary thing, but to this lonely and lost fifteen year old boy, it was powerfully important and life-giving. I adored that man and wanted to be as much like him as I could be. He became the model for my life and I found my vocation to be a priest in my relationship with him.”

After Jack graduated from high school and left to go to university, this priest also left to become rector of a church in Louisiana. Unfortunately, while he was there, he fell into addiction to alcohol. Apparently, it got so bad that the man was removed from the priesthood.

The world judged him to be an ordinary man with an ordinary weakness, but Jack said that to him, he was a great person.  That priest died thinking of himself professionally as a failure, but to Jack, he was a vital person, a change agent to Jack who became a change agent in the church and the world.

The truth is that he was just an ordinary man who simply took the time to talk with a lost teenager. It was something that anybody could have done, but he did it. 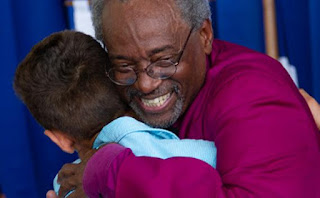 Jack wrote: “Most of us will not be generals who win battles or elected officials who will rise to political power. We may not become the chief executive of either a small business or of a great corporation, but we can make a difference, a profound difference in the lives of those around us in ordinary ways just by being sensitive, just by being a friend, just by saying the right word at the right time in the right circumstance.”

I see Peter in that way – flawed and faulted, but there for Jesus when he needed him, saying the right word at the right time in the right circumstances. And then, just as easily, saying words that – just like that – would put him on the slippery slope to into a great fall from grace.

There is no magic formula to protect you in life or make you perfect.

We were not made for perfection. We were made to be human.

Just like Peter. Just like Paul. Just like Jack’s priest. Just like Jack Spong. We are capable of moments of brilliance as well of acts of foolishness for which there are always opportunities for redemption and grace.

Tennis great, Arthur Ashe, was one of the first celebrities to die of AIDS which he contracted from a blood transfusion, but he suffered the same prejudice and bigotry as every other person with AIDS.

Ashe gave a simple formula, an ordinary recipe for an extraordinary life that I think is worth considering. He said:

It’s not a guarantee for a perfect life – no promise to keep you from messing up or sliding that slippery slope from “a puppet, a pauper, a pirate, a poet, a pawn and a king”.

Like Peter, you can be a building block one day and a stumbling block the next.

But, Ashe’s wise aphorism is one way that ordinary people like you and me can walk the sometimes very fine line between sin and grace.

And know that, whatever happens in your life – through the good times and bad, when you stay in balance or fall from grace – God loves you beyond your wildest imagination.