Is The Lord With Us Or Not? 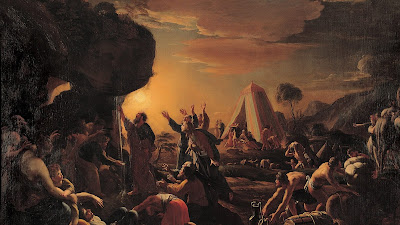 Is the Lord with us or not?

As we follow the story of the ministry of Jesus in Matthew’s gospel, we find ourselves today at a turning point.  Jesus has been in northern Israel and the area of Galilee. The story of the father and sons in the Vineyard is significant because it marks the beginning of Jesus' ministry in Jerusalem.

The story also marks a shift in the intensity and trajectory of Jesus’ ministry. Just before this story, we hear that Jesus overthrows the tables in the temple and severely scolds the religious leaders there, reminding them of the purpose of the temple as a house of prayer and not a den of thieves.

Jesus continues by telling the leaders of the temple the story of the two sons. It seems pretty clear that he’s telling the temple leaders that they are not doing a very good job. Indeed, he declares that tax collectors and prostitutes are getting into kingdom before them.

As a reported tax collector himself, this must have been particularly delightful for Matthew to hear. That said, it’s little wonder that the temple leaders hardened their hearts toward Jesus.

As Jesus begins to turn his attention away from northern Israel and toward the urban capitol of Jerusalem, it’s not at all surprising that this story marks the beginning of the turn toward the end of his earthly life and ministry. 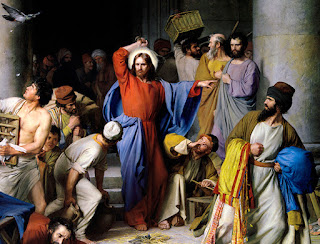 So, buckle up everybody. In the next eight weeks, we’re going to be hearing Jesus quarrel with the Pharisees and Sadducees, the religious leaders in the temple, as he begins to turn his face toward Jerusalem.

Yes, you heard that right: eight weeks. Eight Sundays of testing and quarreling, back and forth, between Jesus and the temple leaders.  Eight weeks of unpleasantness.

If you’re paying attention, that coincides with the unpleasantness of the Presidential Election Cycle, which is projected to be longer than the usual one day. That means there will be no escape from the testing and quarreling, the unpleasant back and forth, either in our country or in church.

Even though you can hear me but I can’t hear you in this Facebook Live Broadcast, I can still imagine your groans in my head. It’s gotten really awful, hasn’t it? The world – our country in particular – seem chaotic and hell-bent on destruction.

It’s not a pretty picture, not unlike the scene we witnessed in the first lesson from the Book of Genesis. The Israelites are finally free. They have made it out of four hundred years of slavery in Egypt after surviving seven deadly plagues and a miraculous journey through the raging waters of the Red Sea that parted for them at God’s command until they were on dry land and free from Pharaoh’s soldiers.

And now, now that they are free, they haven’t stopped complaining. Last week, they complained about hunger and were miraculously fed bread from heaven.

This week, we read that they complained about thirst and quarreled with Moses and tested God saying, “Is the Lord with us or not?”.

But, God had Moses use the same staff which God had commanded Moses to use in the Nile and strike the rock at Horeb. Moses did as the Lord commanded and water flowed from the rock, giving all enough to drink.

Moses named that place near Rephidium “Massah” because they tested the Lord and “Meribah” because the Israelites quarreled with him. 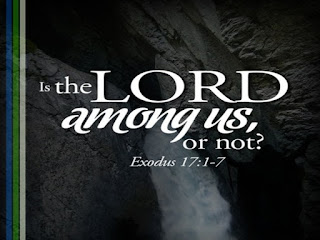 It seems part of the human condition to be incapable of enjoying our freedoms for two long. My grandmother would say, “Some people just have to spoil their bed after they’ve made it.” In other words, some people just can’t leave well enough alone.

“Is the Lord with us or not?” Some of us spoil our bed after we make it to see if anyone notices – if anyone really cares. Sometimes, negative behavior gets more attention than positive behavior, and sometimes, like children, we’ll do something negative just to get the attention.

There was a kid in my junior high school class, a goofy looking kid named Calvin Hopkins. He looked an awful lot like Alfred E. Neuman. People of a certain generation will remember him as the fictitious mascot and cover boy of the American humor magazine, “Mad”.

Except Calvin had blond hair. And, his eyes were blue. But, he parted his hair straight down the middle, had a gap-tooth smile, and big, protruding nose in the middle of his freckled face. His ears stood at an acute angle to his head and his body was scrawny.

Calvin was the 8th or 9th child of a family of 12 or 14. Nobody really knew. In fact, I’m not entirely sure their parents were ever quite certain how many kids they had.

They lived on a big dairy farm with which also produced goat milk and cheese. In the summer, you could always rely on Hopkins Farm Stand for fresh vegetables and some of the best homemade ice cream that ever hit your palate.

With all those kids and all of the work on the farm, I’m quite certain Calvin didn’t get the attention he needed – or, at least, wanted. So, Calvin found that it was just as enjoyable – at times, perhaps more so – to get attention by being a naughty prankster.

Mostly, it was innocent stuff. Goofy kids stuff. Spit balls. Sticking signs on other kid’s backs that said, “Kick me”. Pulling girl’s pigtails and running away. Putting a frog in the toilet in the girl’s room. Smearing the toilet seat in the teacher’s lounge with Vaseline. Stupid stuff like that.

One day, Calvin outdid himself. Almost literally. I’m not sure why but one year, we spent quite a bit of time in the library – study time, even a few classes. Calvin discovered that almost every magazine had a page – some even a few pages – where you could order stuff. Anything from maps of Ancient China to replicas of the Nina, Pinta and Santa Maria.

So, Calvin ordered them. But, he ordered them in the name of the librarian and teachers to be delivered to our Junior High School. Well, it didn’t take long before chaos ensued. The library went into lockdown. All the magazines were removed. Extra teachers were assigned to police the library. And yet, stuff continued to be ordered and delivered to the school. It didn’t stop.

Teachers were being called into the office daily and taken to task for ordering things and charging them to the school. The head of the library, Ms. Thelma Chase, a small, quiet, stereotypical librarian-looking woman, came under heaviest scrutiny because Calvin ordered most of the things in her name.

The bickering and arguing among the teachers could be heard outside the brake room. Then, the word was out that they were looking for a scapegoat among them, which made some of the kids snicker and snort – Calvin the loudest among them. That was when some of us who had been wondering, knew.

Hundreds of dollars were involved before one day, Calvin snickered just a little too loudly and something clicked in the mind of one of the teachers and Calvin was found out. Which didn’t bother Calvin one bit. He saw himself as a rock star for having pulled off his prank for so long without having been discovered.

It is Paul who provides the key to the dilemma of the human enterprise of quarreling and bickering and testing. He says, “Let the same mind be in you that was in Christ Jesus.”

Let that sink in for just a red hot New York minute. “Let the same mind be in you that was in Christ Jesus.” That would be the same mind that was as capable of calling out injustice and corruption when he saw it. He was also capable of calling people to him, calling out the better angels in them, and calling them to their best selves to accomplish things they could have never asked for or imagined. 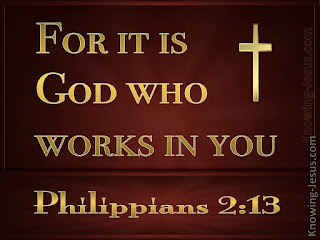 Is the Lord with us or not?

I believe the same God who was in The Garden as Adam and Eve bickered and quarreled about who gave the apple to whom is the same God who is in the midst of the crisis and chaos and cacophony of our lives today.

And, what of the next eight weeks of bickering and quarreling in the world as well as what we will hear in the church as we listen to the Gospels and follow Jesus as he sets his face toward Jerusalem?

Not to worry. Or, as Alfred E Neuman would say, "What? Me Worry?"

God will be there in the midst of us to see us through.