Violence Against Women in Church 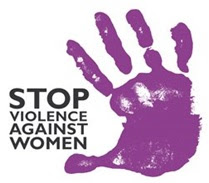 Here's what I want all men - but mostly heterosexual men - in the church to know about what constitutes acts of violence.


* Taking my hand, extended to shake your hand, as an invitation to hug me - without asking.
* Pulling me close to you during the peace or at the reception line at the end of the service.
* Shaking my hand firmly enough to leave a mark, demonstrating to me your strength - and ability to dominate.
* Putting your hand(s) on my shoulder(s) and pushing down firmly - either from the front or behind, while I'm standing or sitting.
* Kissing me on the lips (Yes, I know that gay men and lesbian women often kiss each other on the lips. That's between us. It's not an invitation for you to do the same.)
* Buttoning a button on the back of my dress or the top of my blouse or tucking the garment tag on the back of my blouse or sweater or dress just to be "helpful".
* Adjusting my stole or tippet, paying noticeably close attention to the way it falls over my breasts - or the way the back of my academic hood reaches my butt. (You think we don't see you looking?)

2. Using your height or girth to tower over me - whether I'm sitting in a chair or standing in front of you.

3. Raising the volume of your voice and/or lowering the register of your voice to make a point or dismiss mine - or to make the point that you are a man and I'm not.

4. Yelling at me to make your point.

5. Pointing your finger in my face or at my chest to make your point.

6. Ignoring or dismissing my point (I've been in meetings with men when I've offered a suggestion which they've ignored and then watched - astonished - when a man made the same suggestion which was welcomed enthusiastically. I literally felt sucker-punched.)

7. Ignoring an email or not returning a phone call or text when I've volunteered or offered my services. And then, I learn that you "hired" someone else - and, no surprise, it's a man.

8. Paying way too much attention to the way I look in "that dress" or "how those slacks fit you" or that "you have a run in your hose." (Yes, women do this with each other. That's because we have the same body parts. Yes, gay men often do this with women. We are smart enough to know a genuine compliment when we hear it. We also know when there is no sexual innuendo or overture to their remarks.)

9. Telling jokes or stories about women's bodies, women's intelligence, women's emotions - especially in terms of the color of her hair or skin - anything that objectifies or stereotypes women - at any time but especially in our presences - and, expecting us to laugh.

10. Mansplaining - Defined as a man explaining something to someone, typically a woman, in a manner regarded as condescending or patronizing. Example: A man recently asserted something about liturgy to me which he held as sacrosanct and not up for discussion and then complained when I told a joke about "the difference between a liturgist and a terrorist" as my attempt to "shut down the conversation". He did this completely devoid of any sense of irony or insight to his behavior. BTW, his knowledge of and credentials in liturgy are no greater than mine and he has less experience than I do.

Yes, all these things happened to me.

There may be other, more specific instances which my sisters will share.

No, not all of these instances involve sexual assault or physical contact or overt threat.

Yes, there are varying degrees of intensity of violence.

In the course of a day, it can feel like assault by a thousand paper cuts.

All of these are acts of violence to - and assaults on - the dignity, intelligence, autonomy, and authority of women - not to mention how it is an assault on - and does violence to - our baptismal covenant to "respect the dignity of every human being".

This violence - micro, low level or full blast - does harm to women.

So, stop it. And, stop your brothers when you see it happening.

Thank you.
Posted by Elizabeth Kaeton at 12:28 PM No comments: